Supreme Court of Pakistan: A Division Bench comprising of Mushir Alam and Munib Akhtar, JJ. while hearing an appeal in relation to the termination of service, held that though a salesman is not a workman, he would be entitled to relief for dismissal of his service under the Payment of Wages Act, 1936.

The petitioner, a sales representative in the respondent company, on being terminated filed a claim under the 1936 Act which was decreed in his favour by the authority. The High Court, in appeal, reversed the decision ruling in favour of the respondent. Aggrieved by the said order, petitioner preferred the present leave petition. The two questions for Hon’ble Supreme Court’s consideration were: (i) whether the petitioner’s claim was maintainable under the Act; and (ii) whether he was a ‘workman’ within the meaning of the Industrial and Commercial Employment (Standing Orders) Ordinance, 1968.

Lastly, it was held that the petitioner’s claim being maintainable under the 1936 Act, but he not being a workman in terms of the 1968 Ordinance, did not bar his relief since contributions made by him and the respondent towards the provident fund was covered within the definition of ‘wages’. Therefore, relief could be granted to him under the 1936 Act. [Aurangzaib v. Medipak (P) Ltd., Civil Petition No. 2743 of 2017, decided on 03-10-2018] 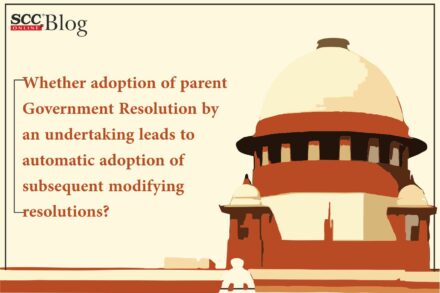