Punjab and Haryana High Court: An appeal was allowed by a Single Judge Bench comprising of Harinder Singh Sidhu, J., filed against an award of Motor Accidents Claims Tribunal, where appellants were made jointly and severally liable to pay compensation instead of Insurance Company.

The facts of the case are that an accident took place between a motorcycle and a bus due to which one person died. The brother of the deceased filed FIR under Sections 279, 304-A of Indian Penal Code. The Tribunal awarded compensation concluding the accident to be a result of rash and negligent driving of bus driver. While imposing liability Tribunal found the bus to be insured and was of the view that under Section 6 of the Motor Vehicles Act, 1988 no driver can validly hold two driving license and hence driver and its owner cannot escape liability by first showing a fake license and then another license.

Appellant contended that if one license is found to be fake then the question of the existence of two licenses cannot be sustained. Whereas respondent agreed with the findings of Tribunal. High Court was of the view that the validity of driving license was not checked by the respondent i.e. insurer company, therefore, the same is presumed to be valid. Court viewed that onus to prove the genuineness of driving license is on respondent and as the respondent failed to show that the second license was also fake it cannot escape its liability. Though a provision is there to that effect that a person cannot hold more than one driving license it cannot be said that on finding one license to be fake another license cannot be valid. Therefore, the appeal was allowed and insurance company was made liable to pay the compensation amount. [Matan Shiv Shakti Co. Op. Tpt, Society Ltd. v. Cholamandalam MS General Insurance Co., 2018 SCC OnLine P&H 1295, decided on 11-09-2018]

Del HC | Board of Discipline, ICAI has jurisdiction to entertain complaints that tend to bring disrepute to the profession or Institute 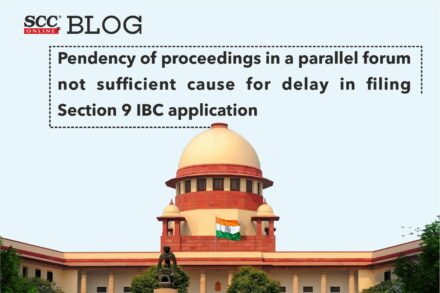