Delhi High Court: A Division Bench comprising of S. Muralidhar and Vinod Goel, JJ. dismissed a criminal appeal filed against the order of the trial court whereby the appellant was convicted under Section 302 IPC.

The High Court perused the record and took note of the findings as made by the trial court. The Court noted that mother of the appellant (PW 1) deposed that the appellant and the deceased slept together and also that she saw the appellant with the deceased on night of the incident. Further, the post-mortem report clearly showed that death of the deceased was a result of serious injuries which were caused by the sharp-edged weapon, maybe a farsa. In Court’s opinion, the prosecution proved that the death was homicidal. Moreover, the Forensic Science Laboratory (FSL) Report proved that the death was caused inside the jhuggi where the deceased was sleeping with the appellant. The Court observed that there was no alternative theory to suggest how the deceased may have suffered the injuries in the facts and circumstances of the case. For the reasons aforestated, the Court was unable to reach to a conclusion different from that of the trial court. Resultantly, the conviction of the appellant was upheld and the appeal was dismissed. [Rajesh v. State (NCT of Delhi),2018 SCC OnLine Del 10497, dated 13-08-2018] 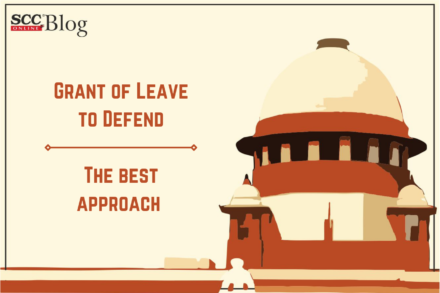 Sahara Matter: Subrata Roy will be sent back to jail if his cheques worth Rs. 2052.21 Crores bounce