National Human Rights Commission (NHRC): The NHRC has taken suo motu cognizance of media report that a 40 year old Dalit rag picker was beaten to death at Shapar village in Rajkot district on Sunday the 20th May, 2018, allegedly over the issue of collecting scraps in the area. Following a complaint lodged by the victim’s wife, police have registered an offence of murder and other charges against five unidentified persons under the IPC and Scheduled Castes & Scheduled Tribes (Prevention of Atrocities) Act.

The Commission has observed that the contents of the news report, if true, raise serious issue of violation of human rights of the victims. Accordingly, it has issued a notice to the Chief Secretary to the Government of Gujarat calling for a report in the matter within four weeks along with measures taken for relief to the affected families.

According to the media report, carried on 21st May, 2018, the victim, a native of Parnala village of Surendranagar district of Gujarat, along with his wife and an acquaintance was picking rags around a factory in Shapar area. Five unidentified persons from the factory had an altercation with them and all three rag pickers were allegedly beaten up by them. After beating them, the women were sent back while the victim was held by the miscreants. When the women returned with some other persons, they found the victim on the ground. He was taken to the hospital, where doctors declared him brought dead. As reported, the Deputy Superintendent of Police of the area has stated that there are wounds on the body of the deceased which could have been caused by blunt objects like sticks. The probe in the matter has been reportedly initiated by the police authorities. 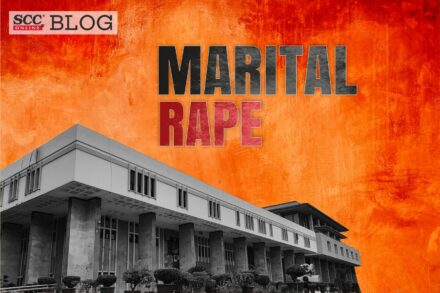 Split Verdict on Criminalisation of Marital Rape| Can a Husband be labelled as a rapist? Does MRE provides impunity to offender? One says ‘Yes’, other says ‘No’ [DETAILED REPORT]