Calcutta High Court: A Single Judge Bench comprising of Ashis Kumar Chakraborty. J. decided an arbitration petition, wherein the arbitrator was appointed by the Court in light of disagreement between the parties on appointment of the arbitrator.

The parties entered into a Contract for certain works. Clause 10.1 of the General Conditions of Agreement provided that any dispute arising under and out of the said contract was to be decided by arbitration process conducted by the arbitrator appointed by mutual consent of both the parties. Eventually a dispute arose between the parties under the Contract. The petitioner suggested that the matter be decided by SCOPE, Delhi. However, the respondent refused the suggestion. Therefore, the application under Section 11(6) of the Arbitration and Conciliation Act, 1996 was filed before the Court for appointing the arbitrator.

The Court perused the agreement and found that there was no dispute as to the fact that there was an arbitration clause in the contract in terms of Clause 10.1 of the General Conditions of Contract. The Court held that in view of the insertion of sub-section (6A) of Section 11, an application under Section 11(6) has to succeed if there is no dispute among the parties as to the existence of an arbitration clause. Accordingly, the petition was allowed and retired Justice Tapan Kumar Dutt was appointed as the sole arbitrator to decide upon the matter. [F. Harley and Co. (P) Ltd. v. SAIL, 2018 SCC OnLine Cal 2054, dated 07.05.2018]

Kar HC | Freezing of Bank accounts by investigating authorities would adversely affect right to life under Art. 21 of the Constitution of India 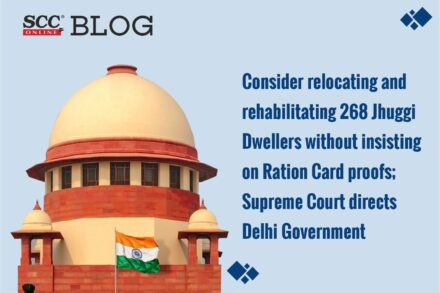