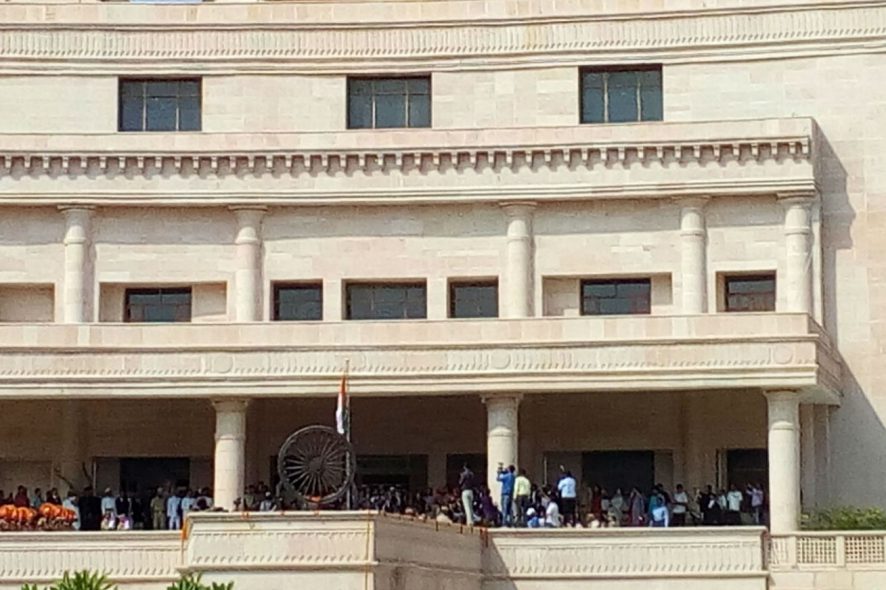 Allahabad High Court: The Single Judge Bench comprising of Ashwani Kumar Mishra, J. decided a writ petition for the sanction of gratuity before completion of the age of 60 years.

The petitioner sought the gratuity of his wife who was a headmaster in the institution and died in the year 2013. The petitioner was refused for gratuity on the ground that such amount was payable only on the completion of service at the age of 60 years and not prior to it.

Observing the circumstances of the case, a similar Writ Petition No. 40568 of 2016 was considered by this Court, in which it was decided that the Government Order does not restrict payment of gratuity to an employee, who is otherwise covered under the scheme just because he has not attained the age of 60 years. Clause 5 of the Government Order, which provides that gratuity would be payable at the age of 60 years or upon death. Therefore, the petition from which reference has been taken upon, rejection of petitioner’s claim for payment of gratuity was held to be not justified.

In the present case, the Court concluded by quashing the impugned order and directed the authority concerned to re-consider the matter and take a decision with regard to payment of interest in terms of the applicable government order. [Chandra Prakash Saxena v. State of U.P., 2018 SCC OnLine ALL 532,  order dated 07-05-2018]

Madras HC | Unlawful for holder of cheque to fill date and amount in blank cheque beyond knowledge of accused; execution of cheque explained

Del HC | Accused allowed to confront witness with reference to answer given by him in cross-examination; Law on S. 145 Evidence Act and Ss. 161 & 162 CrPC restated

‘Landlord-tenant disputes under Transfer of Property Act are arbitrable’. SC lays down test for determining non-arbitrability of disputes