Federal Court of Justice: As reported by Reuters, the Germanys’ highest court while addressing an appeal upheld a lower court ruling which stipulates that Google is not required to pre-screen websites for defamation before displaying them in search results.

The verdict came after a German couple brought a case against Google, seeking the “Right to be Forgotten” [in 2014, the European Court of Justice (ECJ) ruled that individuals can request search engines to remove inadequate/irrelevant information from web results appearing under searches for their names] arguing that the US-based internet giant should be responsible for blocking links to websites to prevent its search engine from displaying such sites on which they were defamed, and that it should set up search filters to keep those websites from appearing in future search results.

The German Federal Court of Justice observed that Google doesn’t have to ensure that you only see kind words, and while general filters for clearly illegal content can be set up, the sheer volume of content added to the internet every day would make it utterly impractical to guarantee that every search result honors the law, and further observed that without the help of such search engines it would be impossible for individuals to get meaningful use out of the internet due to the unmanageable flood of data it contains, and that instituting a general duty to inspect the content would seriously call into question the business model of search engines, which is approved by lawmakers and wanted by society.

The Presiding Judge Gregor Galke, ruled on that “a general responsibility to regulate is incompatible with the function of search engines,” adding that forcing Google and others to check every link would practically paralyze the service.

The Court, further held that Google was supposed to act on links where users have reported “concrete evidence” of violations of law, such as child pornography or acts of violence. Though under the German law, social media websites are obliged to remove offensive content within 24 hours of notification, this ruling makes it clear that this right doesn’t extend to people hurling verbal abuse, and certainly doesn’t cover preemptive screening.

The German court, however, recognized the practical impossibility of a ruling in favour of the aggrieved couple and thus held that Google can’t be responsible for trawling through contents, before it appeared on the search engine and hence a duty to take action is triggered only on being notified of a ‘clearly recognizable violation’ of individual rights.

According to Googles’ transparency report, it has received requests for the removal of more than 2.4 million links and complied with about 43 percent of them.

Whether writ petition on cancellation of GST Registration affecting the Right to Livelihood is maintainable? Uttaranchal High Court answers 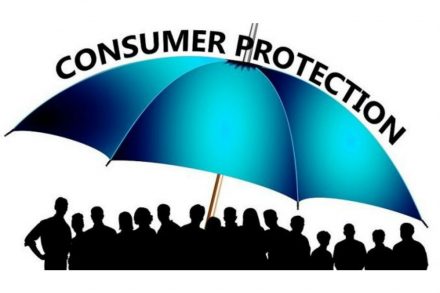