Delhi High Court: A Division Bench of the Delhi High Court upheld the notice of the IT department proposing reassessment for NDTV for the financial years 2008-09 and 2009-10. The Court also ordered provisional attachment of it’s assets stating that there was reasonable apprehension that NDTV may liquidate it’s assets.

The department had received complaints from NDTV’s shareholders upon which the Revenue had acted. The Court held that mere disclosure of a transaction at the time of the original assessment proceedings does not protect the assessee from a re-assessment under Section 147 if the AO has information that indicates that the transaction is a sham or bogus.

The Court noted the AO’s decision to not attach the bank accounts and other trade receivables of NDTV so as to ensure uninterrupted operation of it’s operation. The Court relied upon Gandhi Trading v. Assistant Commissioner of Income Tax, [1999] 239 ITR 337 (Bom) wherein it was held that action taken under Section 281B must not hamper the business activities of the assessee, the Court found that the decision was in consonance with this principle.

The Court found that there were reasonable grounds for the AO to believe some transactions to be bogus. Therefore, it was held that the impugned reassessment notice is valid in law and the petition was dismissed. [New Delhi Television Ltd. v. Dy. Commissioner of Income Tax,  2017 SCC OnLine Del 9817, decided on 10.08.2017]

Jha HC | Jharkhand Public Service Commission is a constitutional body, but its actions and decisions are not immune from judicial review 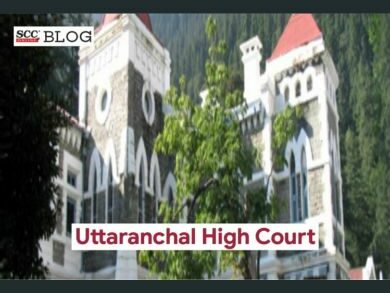 ‘Social stigma for the victim and unborn child would be insurmountable’; Uttaranchal High Court allows a 13-year-old victim to terminate pregnancy of over 25 weeks