Advocates — Disciplinary proceedings — Enquiry procedure — Principles of natural justice — Violation of: It was alleged that appellant advocates (brothers of respondent complainant) failed to maintain proper rental account of respondent and recording of finding of guilt on basis of evidence and affidavit filed by respondent complainant during enquiry without giving opportunity to appellants to cross-examine respondent and his witnesses, and relying on documents produced by him which were in vernacular language without providing translated copy thereof to appellants, Supreme Court held that since allegations made against appellants were serious and finding of guilt recorded against them inevitably had civil consequences, it is cardinal that they should have been allowed to cross-examine witnesses concerned. Not granting such opportunity, entails infraction of principles of natural justice, thus, vitiating enquiry procedure. However, instead of relegating parties to BCI for conducting fresh enquiry, considering that complaint was made in 1997 and that too by brother of appellants because of some family disputes and further that appellants had suffered ignominy due to pendency of enquiry against them including finding of guilt recorded by BCI, it is found prudent to give quietus to matter. [Palanisamy v. K. Dhanpalan, (2017) 4 SCC 713]

Arbitration and Conciliation Act, 1996 — Ss. 12(5) & 11(8) r/w Sch. 7 — “Neutrality of arbitrators” i.e. impartiality and independence of the arbitrators — Necessity of: S. 12 has been amended with the objective to induce neutrality of arbitrators and the amended provision enacted to identify the “circumstances” which give rise to “justifiable doubts” about the independence or impartiality of the arbitrator. An arbitrator has adjudicatory role to perform and, therefore, must be independent of parties as well as impartial. [Voestalpine Schienen Gmbh v. Delhi Metro Rail Corpn. Ltd., (2017) 4 SCC 665]

Civil Procedure Code, 1908 — S. 114 & Or. 47 R. 1 — Review jurisdiction — Duty of courts, registries of courts, litigants and lawyers: Having regard to limited scope, review petition has to be expeditiously disposed of. Any time-frame cannot be fixed. It is duty of registry of High Courts to place review petition before Judge/Bench concerned so that such petition can be dealt with in quite promptitude. If notice required to be issued to opposite party, then specific date can be given so that on that day petition can be disposed of in accordance with law. Litigant cannot keep review petition defective as if a defective petition can be allowed to remain on life support, as per desire of litigant. If review petition is defective then it is duty of counsel for petitioner to remove such defects at the earliest. Defective matters can be placed before Judge/Bench concerned so that preemptory orders can be passed for removal of defects. Tactics of waiting for rejection of review petition and then challenge such orders in SLP after delay contending that petitioner was pursuing review before court cannot be adopted. Court registry required to be vigilant. [Sasi v. Aravindakshan Nair, (2017) 4 SCC 692]

Civil Procedure Code, 1908 — Ss. 92 and 115 — Object of S. 92 CPC — Leave of court to institute suit alleging breach of trust: “Trust” must have lawful purpose for which it is established. Trust can be created by virtue of a conditional gift. If leave granted by trial court by forming prima facie opinion about creation of trust, having regard to charitable purpose for which property is gifted and recitals in deed regarding administration of property, High Court in exercise of revisional power under S. 115 CPC is not justified in setting aside trial court’s order. [Swami Shivshankargiri Chella Swami v. Satya Gyan Niketan, (2017) 4 SCC 771]

J&K Contempt of Courts Act, 1997 (25 of 1997) — Ss. 10 and 15 — Reference to High Court — Locus standi — General contemptuous action: Report of Petitioner 2 published by Petitioner 1 levelling allegations of corruption against lower judiciary in State of J&K and contention was raised that only that particular court of which contempt was allegedly committed could make reference and not just any court, Supreme Court held that the same does not merit acceptance since S. 15(2) contemplates a situation where alleged contemptuous action is aimed at more than one court and in that eventuality any one of such courts can make reference to High Court. Where contemptuous action is of general nature, and not aimed at any specific Judges or courts, any of such Judges or court can make reference to High Court. [Transparency International India v. State of J&K, (2017) 4 SCC 748]

Land Acquisition Act, 1894 — Ss. 23 and 28 — Valuation of land — Factors — Lands identical and similar — Acquisition in adjacent villages: When inter se distance between two villages is not much, however, centre to centre distance between the two villages is less than half a kilometer. There was no reason for Reference Court to differentiate land of appellant landowners of acquired land, awarding lesser compensation. [Ali Mohammad Beigh v. State of J&K, (2017) 4 SCC 717]

Land Acquisition Act, 1894 — Ss. 3(b), 23 and 50 — Compensation — Determination of — Necessary and proper parties — Who are: Postacquisition allottee of land, neither necessary nor proper party, nor has any locus to be heard in matter of determination of compensation. [Satish Kumar Gupta v. State of Haryana, (2017) 4 SCC 760]

Motor Vehicles Act, 1988 — Ss. 149 and 147 — Award passed against insured (owner) only: When death in the motor accident occurred due to rash and negligent driving of a private vehicle i.e. Tata Sumo and victims were travelling as “gratuitous passengers” in that vehicle, on these facts, exonerating the insurer of the offending vehicle, award passed by courts below only against the owner of the offending vehicle i.e. the person insured, in such a case, appellant claimants were entitled for an order against the insurer to pay the awarded sum to claimants and then to recover the said amount from the insured in the same proceedings as per the law laid down in para 26 of the judgment made in Saju P. Paul, (2013) 2 SCC 41. Since High Court erred in not passing such an order, its impugned order modified accordingly. Merely because compensation had not yet been paid to claimants though the case was quite old (i.e. 16 yrs old), was not a ground to deny said relief to claimants. Even the argument to deny that relief to claimants due to pendency of a reference in such matter before a larger Bench, was not sustainable in view of the fact that said matter had already been disposed of by keeping that issue undecided. [Manuara Khatun v. Rajesh Kumar Singh, (2017) 4 SCC 796]

Security Interest (Enforcement) Rules, 2002 — Rr. 8(6) and 9(1) — Notice to borrower regarding creditor’s intention to sell the asset and “public notice for sale”: It is permissible to simultaneously issue notice to the borrower about the intention to sell the secured assets and also to issue a public notice for sale of such secured asset by inviting tenders from the public or by holding public auction, the only restriction being to give thirty days’ time gap between such notice and the date of sale of the immovable secured asset. [Canara Bank v. M. Amarender Reddy, (2017) 4 SCC 735]

Transfer of Property Act, 1882 — S. 53-A — Protection available under S. 53-A to transferee — Availability of, even if suit for specific performance of agreement in favour of such transferee stands time-barred: Though mere expiry of the period of limitation for a suit for specific performance is not a bar for a person in possession of immovable property in part-performance of a contract for transfer thereof for consideration, to assert the shield of Section 53-A TPA, it is nevertheless imperative that to avail the benefit of such protection, all the essential prerequisites therefor have been complied with. [Vasanthi v. Venugopal, (2017) 4 SCC 723] 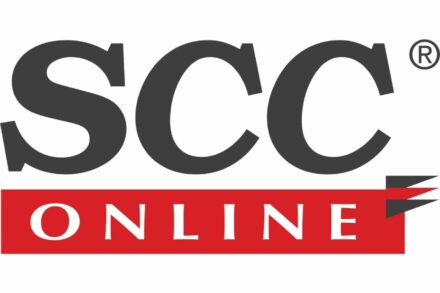