Supreme Court: Directing the Union of India to implement the Lokpal and Lokayukta Act, 2013, the bench of Ranjan Gogoi and Navin Sinha, JJ held that the Act as it stands today is an eminently workable piece of legislation and there is no justification to keep the enforcement of the Act under suspension till the amendments are carried out.

The Union of India had argued that certain provisions of the Act need to be altered to make the provisions thereof workable in a meaningful manner to which the writ petitioners had responded by saying that the very fact that the Lokpal and Lokayuktas and Other Related Law (Amendment) Bill, 2014 has been gathering dust from the date of its introduction in the Parliament i.e. 18.12.2014 would sufficiently demonstrate the lack of executive/legislative will to give effect to a salutary enactment en-grafting a vital requirement of democratic functioning of the Government, namely, accountability of the political executive and those in high echelons of public office, to an independent body i.e. Lokpal.

The Amendment Bill seeks the following major changes/inclusions in the 2013 Act:

Considering the arguments and the provisions of the Act and the Amendment Bill, the Court said that though it cannot express any opinion on the exercise of the legislative prerogative of seeking changes in the existing law, but the question is whether the Act, as it exists, sans the amendment proposed, is so unworkable that the Court should refuse enforcement. The bench noticed that if, at present, the LOP is not available, surely, the Chairperson and the other two Members of the Selection Committee, namely, the Speaker of the Lok Sabha and the Chief Justice of India or his nominee may proceed to appoint an eminent jurist as a Member of the Selection Committee under Section 4(1)(e) of the Act. 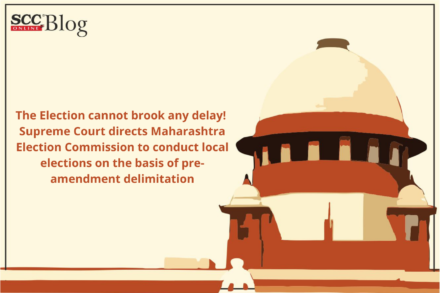 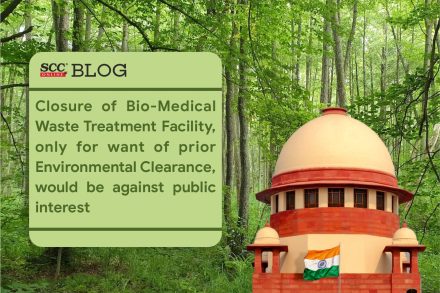 Closure of Bio-Medical Waste Treatment Facility, only for want of prior Environmental Clearance, would be against public interest: Supreme Court

By Prachi Bhardwaj Published on September 23, 2022