Madhya Pradesh High Court: In the instant case filed for the quashment of criminal proceedings initiated against the applicants under Sections 498-A and 323 of IPC and Sections 3 and 4 of the Dowry Prohibition Act, 1961, the Bench of G.S. Ahluwalia, J. held that in cases related to demand of dowry, general and vague allegations cannot be treated as sufficient material to prosecute the other relatives of the husband who otherwise, do not have anything to do with the family affairs of the complainant. It was observed that in order to prosecute the other relatives in a dowry case there must be some specific allegations against them.

Considering the precedents laid down by the Supreme Court in the cases of Kans Raj v. State of Punjab, (2000) 5 SCC 207 and Monju Roy v. State of West Bengal, (2015) 13 SCC 693, the Court observed that it would not be correct to compel the applicants who are the near relatives of accused husband to face the agony of criminal prosecution on vague allegations under. The Court also stated that all general allegations leveled by the second respondent on the applicants appear to be indistinct with her only intention being to somehow prosecute and defame them. Therefore it is a clear case of over-implication on near relatives of the husband. Thus, charge-sheet and criminal prosecution of the applicants was quashed. [Sandeep Singh Bais v. State of M.P., 2017 SCC OnLine MP 394, decided on 9-03-2017] 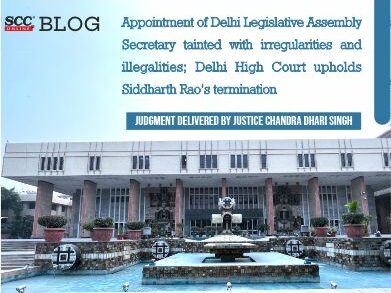 Kar HC | In the absence of any declaration that the child is deserted by his biological or adoptive parents or guardians; no offence can be made out under S. 80 JJ Act

Delhi High Court | When a prayer to appoint an Arbitrator has been heard and rejected, the same relief cannot be sought by filing a review petition