Supreme Court:  Reviewing it’s judgment dated 13.05.2015, the bench of Ranjan Gogoi and P.C. Ghose, JJ extended the exception carved out in paragraph 23 of the aforesaid judgment permitting the publication of the photographs of the President, Prime Minister and Chief Justice of the country, subject to the said authorities themselves deciding the question, to the Governors and the Chief Ministers of the States.

Bhagyanagar Gas Ltd. is not a public authority under the RTI Act 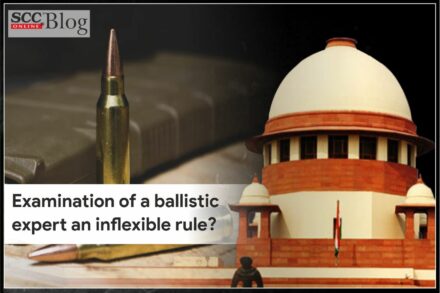 Examination of a ballistic expert is not an inflexible rule in every case involving use of a lethal weapon: SC