Supreme Court: In order to consider introduction of appropriate measures, if any, for an improved working of the “collegium system”, Pinky Anand, the Additional Solicitor General and Arvind Datar, the senior councel had made a compilation of suggestions, however, number of other counsels, along with the Chairman of the Bar Council of India, had prayed for further time to gather suggestions from the all the stakeholders.

The Court, acting upon the said prayer, allowed the Attorney General to web-host the compilation of the suggestions on the web site of the Department of Justice, Ministry of Law and Justice, New Delhi, and also, to issue a public notice in the media, seeking suggestions from all those who may desire to make contribution by 17.00 hours on 13.11.2015.

Term “allowed to be sold in India” under Proviso to S. 3(1) of Central Excise Act, 1944 applicable only to sales made in DTA of the production by 100% EOUs 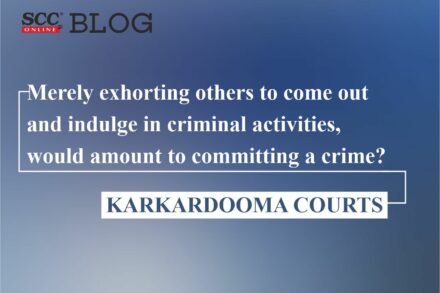