Delhi High Court: While quashing the “Look out circular”(LOC) issued against Miss Priya Parameswaran Pillai (Petitioner), a civil right activists who works for “Greenpeace India Society”, who was detained at Delhi Airport and was stopped from going UK to meet British Parliamentarians to discuss about violations of the rights of tribal communities and the role of British Company “Essar energy” in it, the single bench headed by Rajiv Shakdher J held that the right to travel abroad is a fundamental right and it flows directly from Article 21 of the Constitution of India which can be taken away only by procedure established  in law. Enforcing petitioner’s right of free speech and expression which includes the right to criticize and dissent, the Court further held that detaining the petitioner at the airport to prevent her from expressing her view, will also be violative of Article 19 (1)(a).

In the case at hand, the petitioner opposed the opening of a coal mine in Mahan, Madhya Pradesh (M.P.) by Mahan Coal Ltd., which is a joint venture between Hindalco and Essar Power Ltd., a wholly owned subsidiary of Essar Energy. This coal mine had the potentiality of displacing the forest/ tribal communities and could impact the lives of many people who depend on forest produce. The petitioner wanted to discuss the same issue in front of British Parliamentarians. The counsel for respondent, Sanjay Jain, contended that petitioner’s opposition regarding the aforesaid issue in front of British Parliamentarians would negatively project the image of Government of India and which is ultimately going to hamper flow of investment by Multinational Corporations in FDI, infrastructure and manufacturing sector in the country. On the other hand, counsel for petitioner, Indira Jaising submitted that clause 8(j) of 2010 office memorandum under which LOC was issued, can only be issued against counter intelligence suspects, terrorists, and anti-national elements and expression of opinion on economic activities of the Government or investment decisions of multinational corporations cannot be construed as an anti-national activity.

The Court finally held that traveling abroad and expressing views without any criminal intent cannot be termed as anti-national; therefore preventing the petitioner from propagating her views on developmental activities in the Mahan coal block area cannot be construed as reasonable restriction under clause (2) of Article 19 of the COI. Priya Parameshwaran Pillai v. Union of India, 2015 SCC OnLine Del 7987, decided on 12.03.2015 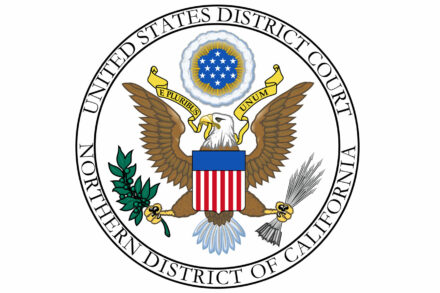 Bombay High Court grants interim bail to former Chairman Videocon Group, Venugopal Dhoot for his arrest being in violation of Section 41, 41-A CrPC