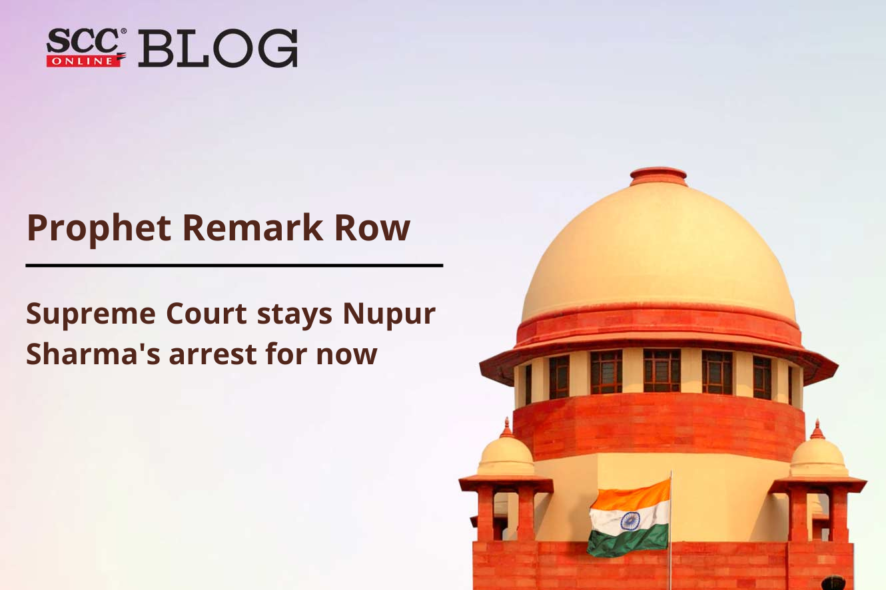 Supreme Court: After politician and lawyer Nupur Sharma approached the Court claiming that there is an imminent necessity for the Court to intervene and protect her life and liberty as guaranteed under Article 21 of the Constitution, the bench of Surya Kant and JB Pardiwala, JJ has directed that no coercive action shall be taken against her pursuant to the impugned FIR(s)/complaint(s) or the FIR(s)/complaint(s) which may be registered/entertained in the future pertaining to the telecast dated 26.05.2022 on Times Now.

Nupur Sharma told the Court that:

During the course of hearing, the Court was apprised of two more instances where there is a serious threat to Nupur Sharma’s life and these instances are reported to have taken place after filing of the miscellaneous application.

Taking note of all this, the Court observed that its concern is to ensure that the petitioner is able to avail the appropriate remedy as permitted by the Court vide order dated 01.07.2022. Hence, notice has been issued to the respondents returnable on 10.08.2022. Meanwhile, as an interim measure, the Court directed that no coercive action shall be taken against Nupur Sharma pursuant to the impugned FIR(s)/complaint(s) or the FIR(s)/complaint(s) which may be registered/entertained in the future.

Nupur Sharma, who has been accused of hurting religious feelings, was the National spokesperson of the Bharatiya Janata Party until June 2022 after which she was suspended from the party due to controversial comments about the Islamic prophet Muhammad and his third wife.