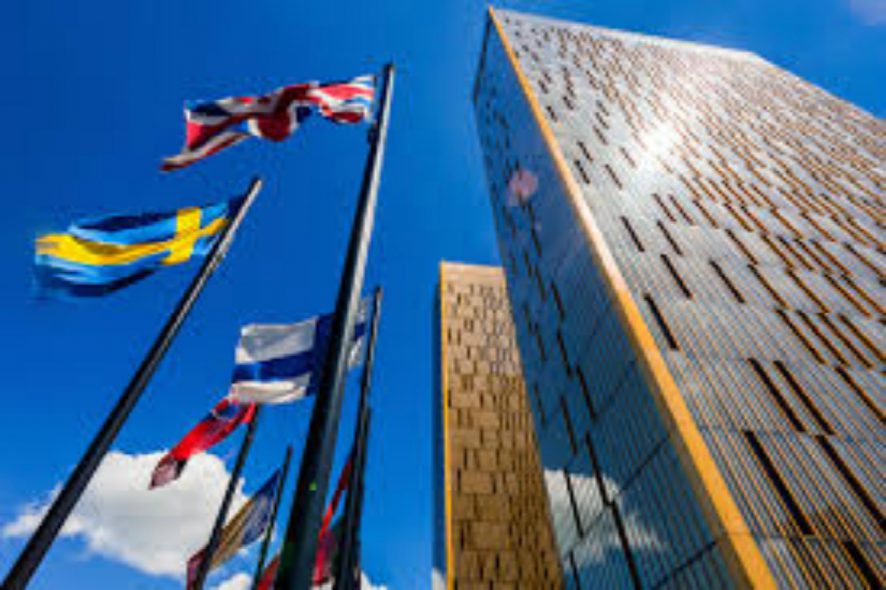 European Court of Justice (ECJ): In a far-reaching decision, the Bench of C. Lycourgos (Rapporteur), President of the Chamber, S. Rodin, J.-C. Bonichot, L.S. Rossi and O. Spineanu-Matei, JJ., held that sending of a warning letter for trademark infringement, per se, will not break the limitation period and end acquiescence for use of the similar later trademark.

The German Federal Court of Justice had requested the ECJ for a preliminary ruling on the interpretation of Article 9 of Directive 2008/95/EC of the European Parliament of 22-10-2008 to approximate the laws of the Member States relating to trademarks, and Articles 54 and 111 of Council Regulation (EC) No 207/2009 of 26-02-2009 on the Community trademark.

The applicant is the proprietor of the EU word mark HEITEC, with seniority claimed as from 13-07-1991, and registered on 04-07-2005. It was entered in the commercial register in 1984 under the name Heitec Industrieplanung GmbH which was later changed to Heitec GmbH. Since the year 2000, it has been operating under the name of Heitec AG.

The applicant became aware of Heitech's application for registration of the EU figurative mark containing the word element ‘heitech' on 07-07-2008 and by a letter dated 22-04-2009, it sent Heitech a warning letter regarding the latter's use of its tradename and the EU trademark containing the word element ‘heitech'. In its reply, Heitech proposed to enter into a coexistence agreement.

Finally, the applicant claimed the infringement of its trademark rights and contended that Heitech should be ordered to refrain from identifying its company by the trade name ‘HEITECH Promotion GmbH', to refrain from affixing the word elements ‘heitech promotion' and ‘heitech' on goods and from marketing or advertising goods or services under those signs, to refrain from using or transferring, for commercial purposes, the website heitech-promotion.de and to agree to the removal of its company name from the commercial register.

The applicant also brought claims for information, for a finding of an obligation to pay compensation, for the destruction of goods and for the payment of the costs of sending the warning letter.

Findings of the Nuremberg Regional Courts

The Regional Court ordered Heitech to pay the applicant EUR 1 353.80, plus interest, for the costs of sending the warning letter and rejected the other claims. Aggrieved, the applicant appealed before the Nuremberg Higher Regional Court, which held that the applicant's action was unfounded as it was time-barred.

The Higher Regional Court noted that Heitech had used its later signs for an uninterrupted period of at least five years and that the applicant had acquiesced in such use, since, although it was aware of that use, it had not taken sufficient measures to stop that use.

The Higher Court held that the court action had not interrupted the period of limitation, since it had been served on Heitech and RW only after five years had elapsed since the warning letter which preceded that action.

The applicant challenged the afore-mentioned findings before the Federal Court of Justice, Germany (referring court).

That referring court noted that the outcome of the appeal depends on the interpretation of European Union (EU) law on whether the applicant is time-barred from bringing its claim for an injunction and its ancillary claims. Therefore, the referring court referred the following questions to the Court of Justice for a preliminary ruling:

Is a warning letter sufficient to break the limitation period and end acquiescence?

Relying on Levi Strauss, C 145/05, the Court noted that by setting a period of limitation in consequence of acquiescence of five consecutive years with knowledge of the use of the later trademark, the EU legislature sought to ensure that the protection conferred by an earlier trademark on its proprietor remains limited to cases where the proprietor shows itself to be sufficiently vigilant by opposing the use of signs by other operators likely to infringe its mark.

Opining that the rule on limitation in consequence of acquiescence is intended to safeguard legal certainty, the Court stated,

As regards the conditions under which the proprietor of the earlier mark or other earlier right may be regarded as having carried out an act that interrupts the period of limitation, the Court observed that the proprietor must bring an administrative or court action before the expiry of the limitation period.

Date of action v/s Date of receipt by Defendant: Which one is decisive for calculating the five-year acquiescence period?

Referring to the rule as followed in civil matters, the Court observed that the date on which the application initiating proceedings was lodged is the date on which a court action must be deemed to have been brought.

The Court, though agreed with the opinion of the Advocate General that the lodging of the application initiating proceedings reflects the genuine and unambiguous wish of the applicant to assert its rights, which is sufficient to end acquiescence and to interrupt the period of limitation, it noted that the conduct of that party may nevertheless, raise doubts as to that wish and the seriousness of the action brought before the court.

Noting that the Regional Court with which the applicant had lodged an application initiating proceedings, repeatedly contacted it in order to draw its attention to irregularities that prevented service of the notice on the defendants, the Court opined that the applicant could not claim to have put an end to the acquiescence of the use of the later mark by lodging the application initiating proceedings. The Court noted,

“Where the application initiating proceedings, although filed before the date of expiry of the period of limitation, did not, owing to a lack of diligence on the part of the applicant, satisfy the requirements of the applicable national law for service and was rectified only after that date the action must be regarded as time-barred.”

Consequently, the Court held that it is for the referring court to ascertain whether the date on which the application to initiate proceedings was rectified to enable the court to commence the proceedings and to serve that document on the defendants was within the period of limitation and whether the conduct of the applicant in initiating proceedings could be characterized as lack of diligence.

Affirming the opinion of the Advocate General that it would be contrary to the objectives of the regime for limitation in consequence of acquiescence to allow the proprietor of the earlier mark to bring an action against the proprietor of that later mark for damages and injunctions after the end of the limitation period, the Court held,

“If such action or such claims were to succeed after the expiry of the period of limitation, it would amount to leaving intact, beyond that date, the possibility of a finding that the use of the later mark infringes the earlier mark and to attributing a non-contractual liability to the proprietor of the later mark.”

“Such an interpretation of the regime of limitation in consequence of acquiescence would undermine the objective pursued by that regime, which is to give the proprietor of the later trademark the certainty, at the end of that period, that the use of that mark can no longer be challenged, by whatever legal means, by the person that has knowingly acquiesced in its use for an uninterrupted period of five years.”

In the backdrop of above, the Court ruled:

UK | Libel action against a newspaper filed only on the basis of an article’s headline – not maintainable: ‘Bane and antidote’ must be taken together

All HC | Material on record to be properly appreciated before rejecting application of bail; order of rejection of bail set aside