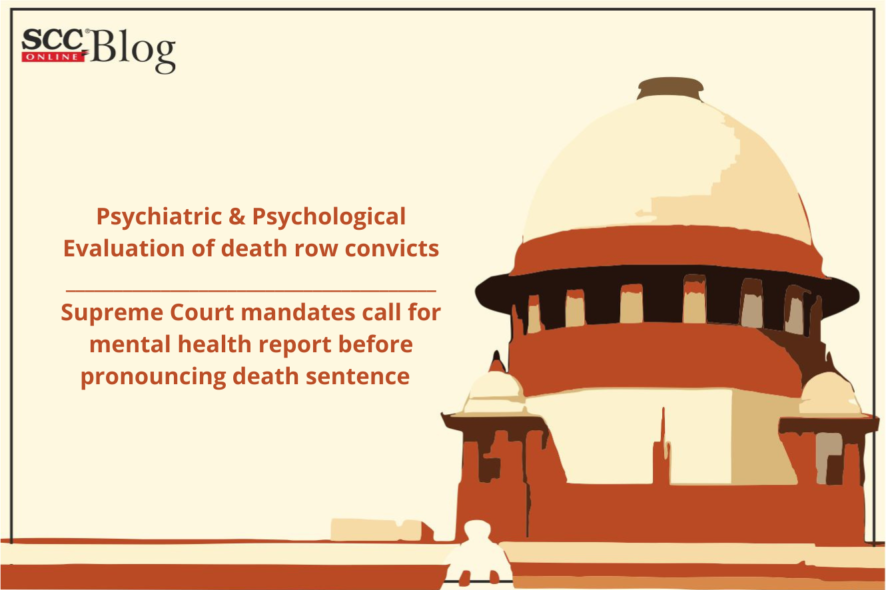 Supreme Court: In a significant ruling regarding better evaluation of possibility for the accused to be reformed, the 3-judge Bench comprising Uday Umesh Lalit, S. Ravindra Bhat* and Bela. M. Trivedi, JJ., framed practical guidelines for the courts to adopt and implement for conviction of offenses that carry the possibility of the death sentence.

The Court opined that the recent trend to call for a Probation Officer’s Report, is in fact a desperate attempt by the courts at the appellate stage, to obtain information on the accused. However, this too is too little, too late, and only offers a peek into the circumstances of the accused after conviction. Therefore, the Court made it mandatory for trial courts to call for psychiatric and psychological evaluation reports of the accused before awarding capital punishment. The Court observed,

“The unfortunate reality is that in the absence of well-documented mitigating circumstances at the trial level, the aggravating circumstances seem far more compelling, or overwhelming, rendering the sentencing court prone to imposing the death penalty, on the basis of an incomplete, and hence, incorrect application of the Bachan Singhi test.”

The Court was hearing appeals filed by three death row convicts, Manoj, Rahul, and Neha, convicted under Section 302 of the Penal Code, 1860 (3 counts) by the judgment and orders of the First Additional Sessions Judge, Indore, and further confirmed by the M.P. High Court.

The appellants were charged for the brutal, and grotesque killing of three generations of women (age group 22, 46, and 76 years) who were caught off-guard and severely physically assaulted, resulting in their death, in their own home. The common intention of the appellants was to rob the deceased, however, on receiving unexpected protest, the appellants had resorted to frenzied knife attacks to subdue the three deceased women.

Every Accused shall be supplied with statements of witness recorded under Sections 161 and 164 Cr.PC and a list of documents, material objects and exhibits seized during investigation and relied upon by the Investigating Officer (I.O) in accordance with Sections 207 and 208, CrPC”.

Hence, the Court held that the prosecution should as a matter of rule comply with the above rule in all criminal trials, and furnish the list of statements, documents, material objects and exhibits which are not relied upon by the investigating officer. The Court directed that the presiding officers of courts in criminal trials shall ensure compliance with such rules.

In the absence of an individual’s capacity to effectively bring forth mitigating factors, the Court had, in Bachan Singh v. State of Punjab, (1980) 2 SCC 684 placed the burden of eliciting mitigating circumstances on the court, which has to consider them liberally and expansively, whereas the responsibility of providing material to show that the accused is beyond the scope of reform or rehabilitation, thereby unquestionably foreclosing the option of life imprisonment and making it is a fit case for imposition of death penalty, is one which falls squarely on the State.

Again, in Santosh Kumar Satishbhushan Bariyar v. State of Maharashtra, (2009) 6 SCC 498, the court had articulated a two-step process to determine whether a case deserves the death sentence – “firstly, that the case belongs to the ‘rarest of rare’ category, and secondly, that the option of life imprisonment would simply not suffice.”

Noting that despite over four decades since Bachan Singh’s case there has been little to no policy-driven change, towards formulating a scheme or system that elaborates how mitigating circumstances are to be collected, for the court’s consideration and that scarce information about the accused at the time of sentencing, severely disadvantages the process of considering mitigating circumstances, the Bench opined,

“Therefore, ‘individualised, principled sentencing’ – based on both the crime and criminal, with consideration of whether reform or rehabilitation is achievable, and consequently whether the option of life imprisonment is unquestionably foreclosed – should be the only factor of ‘commonality’ that must be discernible from decisions relating to capital offences.”

Opining that there is an urgent need to ensure that mitigating circumstances are considered at the trial stage, to avoid slipping into a retributive response to the brutality of the crime, as is noticeably the situation in a majority of cases reaching the appellate stage, the Court framed following practical guidelines for the courts to adopt and implement, till the legislature and executive, formulate a coherent framework through legislation:

b. Early family background (siblings, protection of parents, history of violence or neglect)

d. Type and level of education

e. Socio-economic background (including conditions of poverty or deprivation, if any)

f. Criminal antecedents (details of offence and whether convicted, sentence served, if any)

g. Income and the kind of employment (whether none, or temporary or permanent etc);

h. Other factors such as history of unstable social behaviour, or mental or psychological ailment(s), alienation of the individual (with reasons, if any) etc.

The Court clarified that the aforementioned information should mandatorily be available to the trial court, at the sentencing stage. Further, the Court directed that the accused too, should be given the same opportunity to produce evidence in rebuttal, towards establishing all mitigating circumstances and the courts should call for other related details in the form of a report from the relevant jail authorities, particularly information regarding the accused’s jail conduct and behaviour, work done (if any), activities the accused has involved themselves in, etc.

Further, the Court directed that if the appeal is heard after a long hiatus from the trial court’s conviction or High Court’s confirmation – a fresh report from the jail authorities is recommended, for a more exact and complete understanding of the contemporaneous progress made by the accused, in the time elapsed. The Court emphasised,

“The jail authorities must also include a fresh psychiatric and psychological report which will further evidence the reformative progress, and reveal post-conviction mental illness, if any.”

In the backdrop of above, the Court opined that the fact that the accused had to repeatedly stab them, reveals that the said appellants were not familiar with wielding such a weapon, the young age of the accused at the time of the incident (35, 20, 22 respectively) and lack of criminal antecedents (except in the case of Manoj, who was allegedly involved in a case of petty theft) could not be lost sight of.

Further, the prosecution case was silent on any real motive that may have instigated or moved the three accused to have pre-planned for the commission of murder – other than robbery, itself. Therefore, the Court noted,

“It is unfortunate to note that both the trial Court, and High Court, failed to provide an effective sentencing hearing to the accused, at the relevant stage, which is a right under Section 235(2) CrPC recognised by this court in several cases.”

Lastly, considering that the three accused had a record of overall good conduct in prison and display a probability of reform, the Court concluded that the option of life imprisonment was certainly not foreclosed and the imposition of the death sentence was unwarranted in the present case. Hence, the death sentence of all three accused was commuted to life imprisonment for a minimum term of 25 years.

Can filing of a maintenance proceeding, a criminal case for harassment be said to be sufficient to jump to a conclusion that wife intended to harass husband and his relations? Bom HC throws light 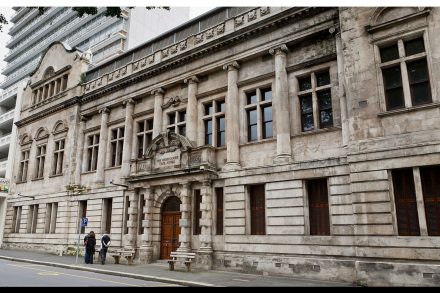 Amended Section 2 of the South African Citizenship Act, 1995 not to be applied retrospectively; citizenship by birth granted: South Africa HC