Rajasthan High Court: Birendra Kumar J. allowed the appeal and enhanced the award considering the settled guidelines in the subsequent judgments to reach at “just compensation”.

The instant appeal under Section 173 of the Motor Vehicles Act, 1988, was filed by the wife, minor daughter and parents of Late Ramavatar @ Ramgopal, a victim of motor vehicle accident happened due to rash and negligent driving of the driver of the offending vehicle. The appellants filed MAC Case No.134/2011 before the Motor Accident Claims Tribunal, Bharatpur. By the impugned judgment and award the Tribunal awarded Rs.3, 21,600/- against claim of Rs.80, 35,000/-. Being dissatisfied with the calculation and quantum of compensation decided by the appellants, instant appeal was filed.

Counsel for the appellants Ms. Chelsi Gangwal contends that there was overwhelming unrebutted evidence of the wife of the deceased AW-1 Asha, the father of the deceased AW-2 Pradhan Singh and a businessman dealing with AC etc. who was examined as AW-3 Lalit Kumar that the deceased had monthly earning of Rs.12,000/-. However, the learned Tribunal took a pedantic approach of the matter that since no documentary proof of income of the deceased was produced, the notional income of Rs.3, 000/- per month was taken as multiplicand.

Counsel for respondent 3 put a defense that the offending vehicle was being used in violation of the terms and conditions of the policy. It was a case of contributory negligence as has been held by the Tribunal.

The Court observed that In the present case, there is no photographs of the site plan nor the author who had prepared the site plan Ex.-2 appeared before the Court. In my view, the Tribunal has committed error of appreciation of evidence and in fact, it is not a case of contributory negligence. Therefore, only for the reason that a self-earning person could not produce the document of his income, the deposition of the witnesses conversant with the income of the deceased should not have been ignored.

The Court relied on National Insurance Company Limited v. Pranay Sethi, (2017) 16 SCC 680, and observed “Section 168 of the Act deals with the concept of “just compensation” and the same has to be determined on the foundation of fairness, reasonableness and equitability on acceptable legal standard because such determination can never be in arithmetical exactitude. It can never be perfect. The aim is to achieve an acceptable degree or proximity to the arithmetical precision on the basis of material brought on the record in an individual case. In a case of death, the legal heirs of the deceased cannot expect a windfall. Simultaneously, the compensation granted cannot be an apology for compensation.

The Court thus held “Thus, under the conventional head, the appellants would be entitled for Rs.1,50,000/-, the total payable compensation comes to Rs.26,71,600/- (Rupees Twenty Six lacs Seventy One Thousand and Six Hundred) The aforesaid amount minus already paid would be payable by the Insurer within three months to the claimants along with interest of 9% per annum, failing which the aforesaid interest would be payable till the realization of the whole due amount. The 1/3rd share of the minor daughter shall be deposited in some Fixed Deposit Scheme and shall be spent for education and betterment of the minor as and when occasion arises on the order of the Court only.”[Asha v. Naresh Kumar, 2022 SCC OnLine Raj 262, decided on 03-02-2022] 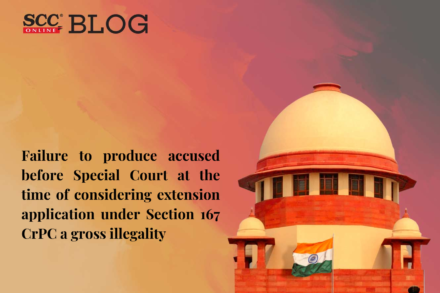 After a suicide note made it to newspapers in a dowry death case, Supreme Court says ‘Selective leaks to media neither fair to accused nor to victims’