With the introduction of the Insolvency and Bankruptcy Code, 20161 (the Code) and the consequential amendments made to Sections 2702, 2713 and 2724 of the Companies Act, 2013 (the Act),5 a winding-up petition under the Act cannot be filed against a company for inability or failure to pay debts. However, in terms of Section 271, a winding-up proceeding may still be initiated under the Act against a company on the following grounds:

The provisions of Section 271(1)(a) of the Act i.e. “winding up by special resolution” ought not to be confused with a voluntary application for initiation of corporate insolvency resolution process under Section 10 of the Code6 or an application for voluntary liquidation under Section 597. Unlike other proceedings, the reason for the existence of the remedy under Section 271(1)(a) of the Act is to facilitate the execution of the will of the shareholders of companies. It is based on the understanding that a company has a right to apply for its own winding up if its shareholders wish to and, by means of a special resolution, elect to discontinue the company.8 As Lord Cairns in Suburban Hotel Co., In re:9 observed:

…a certain number of persons are willing to undertake to supply a limited amount of capital upon the terms of the business being managed by persons who shall be elected in a particular manner…. They have certain means by which the business can be put an end to. If the requisite majority wish it to be discontinued a special resolution can at any time be passed to wind up the company. On the other hand, if any of the tests of insolvency or the impossibility of carrying on business, which are mentioned in 79th section of the Act [Section 122 of the Insolvency Act], occur, then the shareholders have a further right to have the company wound up accordingly. But subject to the wishes of the majority, and subject to the occurrence of any of those tests mentioned in the Act, I apprehend that the contract means that the shareholders will supply the specified amount of capital for the purpose of carrying on business as long as it can be carried on.

Winding up by special resolution

A company by a special resolution can decide that it would be wound up by the tribunal. The resolution can be passed for any reason.10 This clause is based on the premise that, the shareholders being corporate entities have the requisite skill to judge and decide as to whether or not the company should go out of existence. Further, as noted above, a company has the right to apply for its own winding up and this right is generally exercised by its directors. However, the directors do not have the right to seek for such winding up without the express permission of the general body of shareholders in the form of a special resolution.11However, the directors may file this application, subject to the ratification of proposal.12

A company which applies for a winding-up order is not confined to relying upon the fact that a special resolution for winding up has been passed,15 but may invoke other grounds contained in Section 271.16 This must, of course, be established in the ordinary way and it is therefore not enough to show that a simple majority of members is in favour of winding up.17Further, the procedure to be followed for passing such a special resolution may also depend on the articles of association of a company. Although the articles cannot alter the statutory majority prescribed for special resolutions, there seems to be nothing to prevent the company from making it difficult to pass a resolution for the purpose of winding up voluntarily. A company is, therefore, entirely within its powers to mandate a larger quorum for such occasions.18 Similarly, it may require a high majority for such special resolutions. In Ramakrishna Industries (P) Ltd. v. P.R. Ramakrishnan,19 the articles of the company required “every member shall vote in favour of the resolution for winding up when such contingencies arise”. This requirement was challenged on the ground that provision in articles was void in view of Section 9 of the Companies Act, 195620 vis-à-vis Section 433(f) of that Act. The Court, however, held that, the provision was not void inasmuch as the articles of association have a contractual force between the company and its members as also between the members inter se and that the said provision in the articles was what is provided in Section 433(a) of the Companies Act, 1956. It was not contrary to the provision in Section 433(f) of the Companies Act, 1956.

Winding-up orders on this ground are uncommon as companies usually resort for the cheaper and less complicated voluntary liquidation. The proceedings under Section 271(1)(a) and its earlier versions seem to have been invoked only where other liquidation proceedings provided a particular group of creditors an unfair advantage over others. For instance, in United Investments Co., In re,21an application for voluntary winding up by special resolution was filed so as to reduce the assets available for distribution on winding up to preference shareholders. In that case, the company’s articles distinguished the amounts shareholders would receive based on whether such shares were preference shares or ordinary shares. The ordinary shareholders took advantage of the equivalent of Section 122(1)(a)22 in order to bring about a form of liquidation which was more favourable to their own interests.

Reasons and motives in relation to a special resolution

In a petition under Section 271(1)(a), the Tribunal is essentially asked to terminate a contract that the shareholders of the company entered into when they became members of the company. Thus, to that extent, the tribunal must decide on an issue that is at its core contractual. Consequently, the Tribunal has to decide the question in terms of that contract and the memorandum of association and articles of association which prescribe the limits of rights of members. However, the tribunal may go into the reason behind the company’s decision to wind up by means of a petition under Section 271(1)(a). It is not bound to order winding up merely because the company has so resolved.27

Where a company is unable to pay its debts, or where its substratum is gone, the company may choose to file a winding-up petition even if it is presented by the company itself after a special resolution to that effect. In such cases, the motive may be irrelevant. Equally, the reason for the strained circumstances that a company may face is irrelevant even if such circumstances are due to mismanagement.28

Where a company by a special resolution filed a petition for winding up, the Official Liquidator objected that the directors had defrauded the depositors. The Court, observed that the company owed huge debts with no prospects of survival, ordered for the company to be wound up. It, however, observed that the directors would not be absolved of their legal responsibilities merely on account of such an order.29 In another case, a government company had several decrees that has been passed against it in suits for repayment of various loans. But the company was unable to discharge its liabilities and was found to have lost its financial substratum. The Court ordered windingup.30 However, a company may not be entitled to bring a petition merely because it is finding it difficult to dispose assets in the open market.31

Checklist for filing a petition under Section 271 of the Companies Act, 2013

[Note: In Antrix Corpn. Ltd. v. Devas Multimedia (P) Ltd.32, the Court noticed that the consolidated petition under Sections 271-273 of the Companies Act, 2013 was maintainable and the ingredients under Sections 271(1)(e) were clearly satisfied];

7) Every petition, application or reference shall be submitted in Form WIN-1 or Form WIN-2 (as the case may be) as prescribed under Rule 3 of the Companies (Winding Up) Rules, 202035. In addition to the same, the same shall be coupled with:

8) Where the petition is being filed by the company, the company also has to file its “statement of affairs” in Form WIN-4, and the same is a mandatory enclosure which has to be enclosed either with Form WIN-1 or Form WIN-2.

9) Copies of the memorandum and articles of association of the company must be annexed.

12) Copies of the notice calling the meeting in which the special resolution of the company las required under Section 271(1)(a)] was convened and duly passed.

13) It should be indexed and stitched together in a paper book form.

15) The fees payable is prescribed in Rule 165 of the NCLT Rules, 2016 and may be paid by way of a demand draft or through BharatKosh or through the NCLT e-filing website.

*  Authors are advocates based out of Chennai and practice on the company/commercial side. 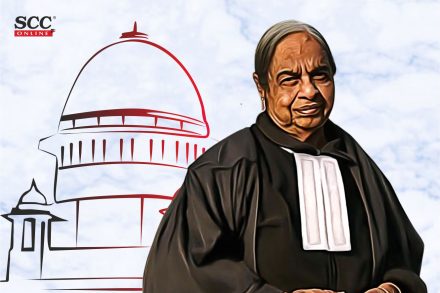 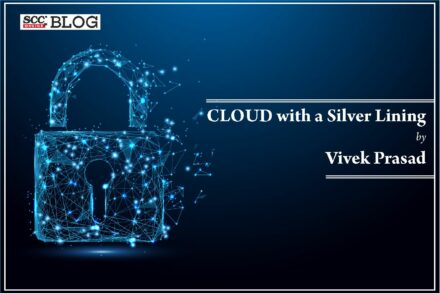 CLOUD with a Silver Lining