Delhi High Court: A Division Bench of Hima Kohli and Subramonium Prasad, JJ., while dealing with the issue of non-provision of ration to e-coupon holders directed GNCTD to ensure that ration to be supplied to the said people by evening of 21-05-2020.

Grievance of the petitioner is that despite e-coupons being issued to residents, they still have not been delivered ration from the Ration Distribution centre for the past one month.

Petitioner’s Counsel K.K. Mishra, Advocate, submitted that respondent-1/ GNCTD has been requested that ration through e-coupons be delivered at the earliest because these e-coupon holders are returning empty handed due to paucity of ration.

Hetu Arora Sethi, Counsel for respondents 1, 3 and 4 assured the Court that all the e-coupon holders as mentioned shall be supplied ration through the Ration distribution centre set up. Further she sought 1 weeks time to supply the same.

Bench on perusal of the above, stated that,

“It is most unacceptable that e-coupons have been distributed in such a large number and yet e-coupon holders are left high and dry.”

GNCTD ought to have ensured that sufficient quantities of ration is made available in proportion to number of e-coupon issued for purposes of distribution.

Thus, respondents are directed to ensure that all pending e-coupon holders are supplied ration through ration distribution centre by 21-05-2020 evening and on failing the same, petitioner shall be entitled to approach the Court.

“Any non-compliance shall be viewed seriously.” 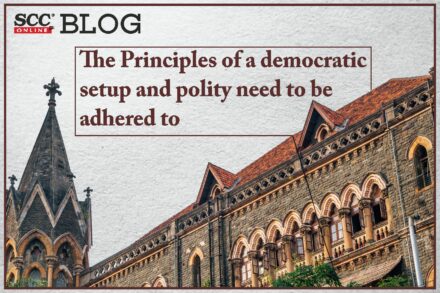 Can a nominated Councillor be appointed as Leader of the House under Maharashtra Municipal Corporation Act, 1949? Bom HC elaborates