Supreme Court: The Bench of Abhay Manohar Sapre and Indu Malhotra, JJ has held that pendency of any writ petition by itself does not affect the constitutionality of a Statute. It said:

“It is only when the Court declares a Statute as being ultra vires the provisions of the Constitution then the question may arise to consider its effect on the rights of the parties and that would always depend upon the declaration rendered by the Court and the directions given in that case.”

“Keeping in view the amendment made in the definition of Section 2(e), which as stated above was not brought to the notice of the Bench, this issue was not considered though had relevance for   deciding the question involved in the appeal. It is for this reason, we prima facie find error in the judgment and, therefore, are inclined to stay the operation of our judgment.”

“The legislature was alive to various kinds of definitions of the word “employee” contained in various previous labour enactments when the Act was passed in 1972. If it intended to cover in the definition of “employee” all kinds of employees, it could have as well used such wide language as is contained in Section 2(f) of the Employees’ Provident Funds Act, 1952 which defines “employee” to mean “any person who is employed for wages in any kind of work, manual or otherwise, in or in connection with the work of an establishment …”. Non-use of such wide language in the definition of “employee” in Section 2(e) of the Act of 1972 reinforces our conclusion that teachers are clearly not covered in the definition.”

MP HC | A writ for mandamus cannot lie to direct the State to enact a law; Petition dismissed 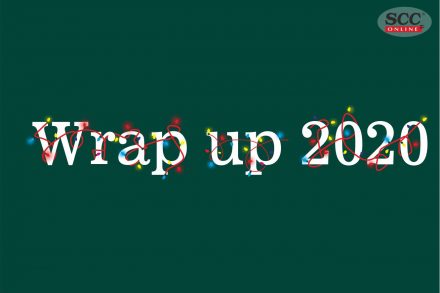 J&K HC | Any person having attained the age of majority is entitled to marry as per their wishes and the police department is duty bound to protect their life and liberty if approached; Petition allowed