Claudia Salomon is the first female President of the International Chamber of Commerce (ICC) International Court of Arbitration (Court) in its nearly 100-year history. Amongst her many accolades, she is widely recognised as a leading arbitration practitioner of her generation, both as a counsel and a third-party neutral. We are delighted to have the opportunity to interview her following her first in-person engagement as the President of ICC Court at the 5th ICC India Arbitration Day which was held in Delhi last week. In this interview, Ms Salomon shares her professional anecdotes of her career to date, her vision to strengthen and expand ICC dispute resolution services globally, and what she plans to bring legal and business communities together through dispute resolution.

1. Your journey is such an inspiration. Please share the journey for the benefit of our young readers?

In 2005, I joined DLA Piper in New York, first as Counsel and then as Partner, and I served as global Co-Chair of the International Arbitration Practice, building the practice from the ground up. I was particularly proud that two of the associates on the team in New York made partner, and one made counsel, reflecting the tremendous growth of the practice.

In 2013, I joined Latham & Watkins as Partner and global Co-Chair of the International Arbitration Practice. I was with Latham for eight years before I launched my independent arbitrator practice at the start of 2021 and began my term as President of the ICC Court as of 1-7-2021.

2. How do you think the role of in-house counsel and dispute resolution needs of companies have evolved?

Over the last decade, the role of in-house counsel has expanded to more of a business strategist and risk manager. Today, the general counsel serves as primary counsellor to the CEO and Board of Directors. They play a vital role in devising and implementing major strategies and operational objectives that create value and competitive advantage. General counsel are now integral to the C-suite and relied upon to assess risk. They are expected to serve as a value center for the company, rather than just a cost center. And their leadership role extends far beyond the Legal Department, encompassing ethics, governance, crisis management, and corporate citizenship.

In my first days in office, the ICC Commission on Arbitration and ADR, on my recommendation, issued a global call for interested candidates to participate in a new Task Force on Disability Inclusion and International Arbitration. As we hopefully emerge out of the pandemic, we are at a pivotal moment in which we have the opportunity to reshape how we work and can ensure the active participation of all skilled practitioners, including those with disabilities.

The World Bank estimates that one billion people, or 15% of the world’s population experience some form of disability. Disability prevalence is even higher for developing countries. And disability is often acquired during one’s professional life.

And preparation of procedural timetables and hearing protocols now requires consideration of all participants’ circumstances in ways never previously contemplated. We thus know we have the ability to reasonably accommodate (or make reasonable adjustments for) those in the international arbitration community who may need accommodations or changes for the way they work.

With the expected guidelines, we should be able to shift the burden from the person with the disability, concerned about how to raise the issue, to a process which enables their active participation.

4. Being the first female President of ICC Court, what efforts you have made on the gender bias issue in professional settings?

I am truly honoured to serve as the first woman President of the ICC Court in its almost 100-year history. And what a testament to my predecessor, Alexis Mourre, who had the audacity to insist on gender parity of the ICC Court in 2018. The significance of this change cannot be understated, given that the Court had only 10% women in 2015. I know I stand on the shoulders of those who came before me, and the generations of women who paved the way. And I am inspired by the words of US Vice President Kamala Harris: “While I may be the first woman in this office, I will not be the last.”

Diversity is a key strength of the ICC Court and essential to the legitimacy of international arbitration. With the most diverse ICC Court in its history, with 195 members from 120 countries, and women in the majority, we need to ensure we benefit from the full range of experiences and perspectives. This requires doing everything possible to create a safe and inclusive space that enables everyone to be their authentic self at the Court and in the broader international arbitration community, so we reflect the global business community.

To that end, ICC has recently introduced standard language in its model letters to parties and co-arbitrators. The inclusion of new language in ICC model letters to parties, co-arbitrators, appointing authorities and ICC National Committees is the latest measure taken by ICC to improve diversity in arbitration. The letters now feature language introduced on 1-1-2022 in the ICC Note to National Committees and Groups on the proposal of arbitrators, encouraging diversity to be considered when proposing arbitrators. This includes but is not limited to racial, ethnic, cultural, generational and gender diversity.

Arbitrator diversity in all forms is essential to the legitimacy of international arbitration by ensuring that the arbitrators represented in cases reflect the diversity – and values – of the global business community.

5. What is your opinion about the growing professionalism of arbitrators and what developments could be seen in recent times over this trend as people with different backgrounds act as arbitrators?

Under the ICC Rules, every arbitrator must be independent and impartial, and the ICC Court is known to maintain these requirements to the highest standards. All prospective arbitrators are required to complete and sign a statement of acceptance, availability, impartiality and independence, in which they are required to disclose any circumstance that might be of such a nature to call into question his or her independence in the eyes of any of the parties or give rise to reasonable doubts as to his or her impartiality. Any doubt must be resolved in favour of disclosure. More details about what must be disclosed can be found in the ICC Note to Parties and Arbitral Tribunals, paras 22-36. If any party believes that an arbitrator lacks independence or impartiality, that party may challenge the arbitrator pursuant to Article 14 of the ICC Rules. And upon the request of any party, the ICC Court will communicate the reasons for its decision on the challenge of an arbitrator.

6. How the decentralisation of web, including blockchain technology, digital currencies, and tokenisation, will give rise to a new and different kind of disputes?

New technologies will change the practice of arbitration. The tools available are rapidly shifting; while some tools create an opportunity for significant cost savings, others require new investments. This is a unique moment in time for the international arbitration community to embrace technology as an essential tool for efficiency and be in a position to handle the increased use of big data, block chain technology, machine learning and text mining. While not replacing human judgment in the near term, predictive justice will be an element of decision making.

7. What are your thoughts on the confidentiality clause under Arbitration Act?

8. With the recent evolution in international arbitration which accelerated the use of virtual and/or hybrid hearing due to the pandemic, how well is the international community adapting, especially as compared to many courts around the world, and new expectations of in-house counsel?

From the pandemic, we have seen that international arbitration can quickly adapt and embrace new technologies as essential tools for dispute resolution. In the early stage of the pandemic, ICC issued the Guidance Note on Possible Measures Aimed at Mitigating the Effects of the COVID-19 Pandemic together with its accompanying checklist and relevant protocols for virtual hearing. These included the use of videoconferencing, which has now become commonplace, but also included consideration of legal or contract interpretation issues that may be decided on a preliminary basis to narrow the issues in dispute and the scope of issues that need to be decided in an evidentiary hearing.

The 2021 ICC Arbitration Rules also made important changes, so ICC is even more efficient, flexible and embraces this digitalisation. The rules make clear that tribunals are empowered to conduct hearings in person and remotely to take into consideration the relevant facts and circumstances of the case. All filings are now electronic unless a party specifically requests that hard copies be served.

And the presumption that meetings and hearings will be in person has been flipped. Before the pandemic, we assumed evidentiary hearings would be in person unless there were very specific reasons for a witness or expert to testify remotely. Now, everyone needs to consider whether there is a need or a strong desire to meet in person.

So, as travel resumes, I expect it will be rare for a tribunal to conduct a procedural hearing in person, and videoconferencing will be the norm. For evidentiary hearings, there will certainly be more openness to video and hybrid hearings, although some parties will want to be in person for major matters.

The ICC Commission on Arbitration and ADR released an updated version of its Report on Leveraging for Fair, Effective and Efficient International Arbitration Proceedings.

9. Please share your final thoughts with our readers and what can we expect from ICC future activities in India.

India is a key jurisdiction for ICC. The recent 5th ICC India Arbitration Day is a testament to the mutual interests and long-standing, trusted relationship between ICC and the legal and business communities here. Notably, the Vice President of India, Shri Jagdeep Dhankhar, served on the ICC International Court of Arbitration from 2006-2008 and was a member of the ICC Commission on Arbitration and ADR. And Indian parties are among the top users of ICC’s dispute resolution services, year after year. And India is strongly represented on the ICC Court now, with a Vice President of the Court from India plus two court members from India.

In 2023, ICC will celebrate its centenary, and with ICC India, we have planned a series of initiatives throughout the year in India, across the country. We are focused on continuing to strengthen the arbitration infrastructure, including training and education programs. We expect to see an increase in the number of ICC arbitrations seated in India, and an increase in the number of appointments of Indian arbitrators. In 2023, we will also have a Deputy Director based in Delhi. 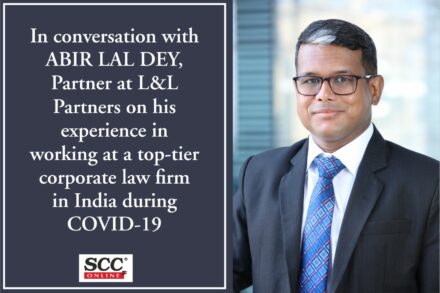 In conversation with Abir Lal Dey, Partner at L&L Partners on his experience in working at a top-tier corporate law firm in India during COVID-19 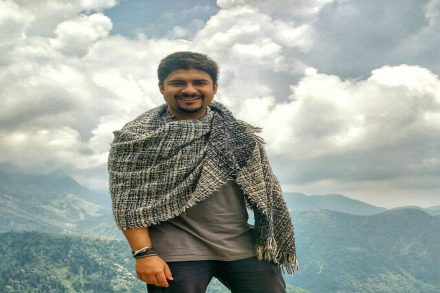 Swarnabh Dutta on working as an Eligibility Associate with the UNHCR 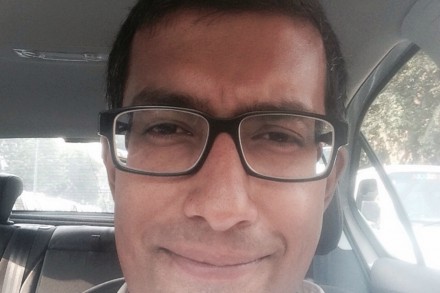