The principle of party autonomy gives authority to the contracting parties to choose the substantive law of the contract (lex contractus) and the law governing the arbitration proceedings (lex situs). Mandatory procedural rules are those provisions of the seat law that purport to apply irrespective of the agreement between the parties.

Several approaches have been adopted by the courts and the Arbitral Tribunals to deal with the issues that arise due to mandatory rules. However, one area where the application of the mandatory rule is not disputed is the law of seat of arbitration. Therefore, the parties should consider the mandatory rules of the lex situs when deciding the law of the seat.

There is widespread agreement that irrespective of what the lex contractus might be, an International Arbitral Tribunal is bound to apply or otherwise respect the mandatory rules of the arbitral procedure of the place of arbitration. This requirement is deemed to be the price of having chosen one seat rather than another. Mandatory rules of procedure of the lex situs essentially tell the parties and the Arbitral Tribunal which procedural norms must be followed in order to avoid the risk of an annulment of the award in that particular territory. The English Arbitration Act, which is one of the most evolved arbitration laws in the world, contains no less than 25 mandatory rules.

Mandatory rules are those that purport to apply irrespective of the lex contractus or the procedural stipulations chosen by the parties.2 Mandatory rules generally protect economic, social, or political interests and can reflect States' internal or international public policy.3 These can be substantive rules — such as certain tax impositions, competition law and import/export laws — or procedural — for example, principles of due process to be applied by an Arbitral Tribunal.

The most cited definition of mandatory rules is given by Professor Mayer:

“A mandatory rule is an imperative provision of law which must be applied to an international relationship irrespective of the law that governs that relationship. To put it another way: mandatory rules of law are a matter of public policy and moreover reflect a public policy so commanding that they must be applied even if the general body of law to which they belong is not competent by application of the relevant rule of conflict of laws.”

The above definition indicates that mandatory rules are so connected to public policy that their application or non-application cannot be left to the contractual parties, as these rules concern third-party interests and/or the interests of the public at large.

Mandatory rules and the nature debate

The jurisdictional theory focuses on national sovereignty and the supervisory powers of the State, especially at the seat of arbitration. Jurisdictionalists consider that every action occurring within the territory of a State is necessarily subject to its jurisdiction.4 Even the idea of party autonomy exists only by virtue of a given system of municipal law.5 Accordingly, although the jurisdictional theory accepts the idea that arbitration originates in party agreement, it maintains that the validity of arbitration agreements and procedure is necessarily regulated by national laws, and the validity of an arbitral award will be decided by the laws of the seat and the country where the recognition or enforcement of the award is sought.6

Rejecting the importance of the lex fori, proponents of the contractual theory8 argue that arbitration is based purely on party agreement. Contractual theorists accordingly consider arbitration to be wholly contractual in nature. The entire arbitral process, ranging from the constitution of the Arbitral Tribunal to the powers of the arbitrator and the binding effect of the arbitral award, is seen as a product of this agreement.9 As a result, it is logical to conclude that State legal systems play no role in the contractualist understanding of arbitration. The rationale is that States do not hold rights and physical liberty on sufferance,10 which means that arbitration is an instrument of “free enterprise” and isolated from the State system.11 An exception is recognised in the event that one party tries to evade its contractual obligations; in such circumstances only, the State intervenes to enforce the parties’ agreement.

Based on the above, it is easy to understand why “contractualists” are hostile towards application of mandatory rules. If the principle of party autonomy is essential under contractualist reasoning, any rule or law that purports to apply regardless of the parties' agreement will not be warmly received. Under contractual theory, mandatory rules should only be relevant in circumstances where the party has to prove the invalidity or illegality of the parties' contract.

Within this understanding, there is still a conceptually challenging set of issues where parties have not clearly expressed a view as to the application of any law and cannot agree once a dispute has arisen. The obvious example is where the parties have made no choice on the appointment procedure or to the applicable substantive and procedural laws.

Both the abovementioned theories have considerable support. However, both theories fail to provide a satisfactory explanation of the modern framework of international arbitration. If arbitration is a national and arbitrators are operating solely under their contractual obligations to the parties, then surely then the substantive laws of the lex situs or any other third State’s laws would become irrelevant.12 Alternatively, if arbitration comes into existence by virtue of States’ laws, either by way of procedural support within their territory or enforcing the resulting arbitral awards, then the public interests of those States should be considered.13 Not surprisingly, the consensus is that arbitration is a hybrid of the two.14

As per the hybrid theory, on the one hand, the parties' right to select arbitrators and choose the governing law is based on the contractual theory. On the other hand, the jurisdictional character of arbitration is visible in the issues relating to the validity of arbitration agreements to be subject to the mandatory rules and public policy of the lex fori. Also, in relation to the recognition and enforcement of awards, the validity will be scrutinised as per the mandatory rules and public policy of the country in which the recognition or enforcement of the arbitral award is sought.15

However, considering this growing trend only a small part of the problem is solved and considered. If one places different views about the conceptual understanding of arbitration along a continuum, with the contractual and jurisdictional understanding at either end, there is large space in the middle which allows for varied interpretations of the hybrid theory. The closer in proximity the Arbitral Tribunal is to the contractual end of the continuum, the less inclined it will be to deny party autonomy and apply a mandatory rule, and the reverse is true of the Arbitral Tribunal if it is closer to the jurisdictional end. Therefore, recognising arbitration as a hybrid of jurisdictional and contractual theory does not help determine whether a mandatory rule shall be applied or not.

The scope and object of a statute are the only guides in determining whether its provisions are directory or imperative. The Supreme Court in PEC Ltd. v. Austbulk Shipping Sdn. Bhd.16, while deciding the nature of Section 4717 of the Arbitration Act noted that use of “shall” in the provision though prima facie suggests the mandatory character of the provision, however it is not always true. To transpire whether the provision is mandatory or not, it shall be read in light of the scope of the statute, its nature, design, and the consequence that would flow from the construction. Additionally, public convenience shall also be taken into consideration while reading “shall” as “may” in a provision and determining whether the provision is mandatory or directory. Moreover, it has been held that a phrase such as “unless otherwise agreed by the parties” precedes most of the directory provisions of the Arbitration Act.18

The Supreme Court in State of Bihar v. Bihar Rajya Bhumi Vikas19 while deciding that Sections 34(5)20 and 34(6) of the Arbitration Act is directory in nature noted that since no penal provision was given in case of non-compliance, hence the provision is directory. Therefore, on this basis it can be inferred that the absence of any penal provision may also be taken into consideration to determine whether a provision is mandatory or directory.

Below, we have summarised the mandatory procedural rules in the Arbitration Act on the basis of various judicial precedents and this can act as a guide to readers on the procedural limitations that are placed on them by Arbitration Act in case if the arbitration is India seated.

Mandatory and directory provisions under the Arbitration Act

The Arbitration Act is divided into three parts; Part 1 majorly deals with domestic awards; Part 2 deals with enforcement of certain foreign awards and Part III deals with conciliation. Section 2(1)21 provides that Part I of the Arbitration Act applies where the place of arbitration is in India. However, Section 922 (interim measures by court), Section 2723 (court assistance in taking evidence), Section 37(1)(a)24 (reference to arbitration) and Section 37(3) (bar on second appeal) applies to international commercial arbitration even if the place is outside India. The application of these sections to international commercial arbitration is subject to the parties' agreement on anything to the contrary.

The table below shows which provisions of the Arbitration Act are considered as mandatory or directory by the courts in India:

The above list is not exhaustive and apart from the provisions mentioned above, Section 34 of the Arbitration Act are the setting aside an arbitral award is mandatory in nature; the parties through their agreement thus cannot waive the power of the court to set aside the arbitral award.

Further, Section 1(3) of the Arbitration Act recognises that no provision of Part 1 will affect any other law by virtue of which certain disputes may not be submitted to arbitration. Therefore, for a tribunal seated in India it is essential to consider what kinds of disputes are considered as non-arbitrable under the laws of India.

However, the applicability of mandatory rules of the lex situs is not much disputed. Therefore, it is essential for the parties to evaluate the mandatory procedural rules of the law of the seat. The courts in India have given sufficient guidance to determine the nature of the provisions and the parties should analyse these while choosing India as the seat of arbitration.

†† Associate, Khaitan & Co. Author can be reached at <alok.vajpeyi.law@gmail.com>. 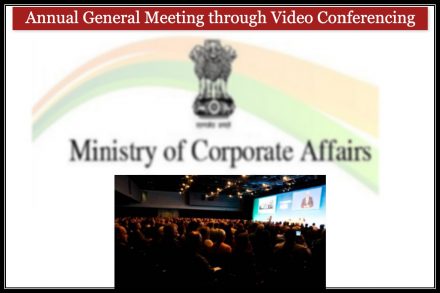 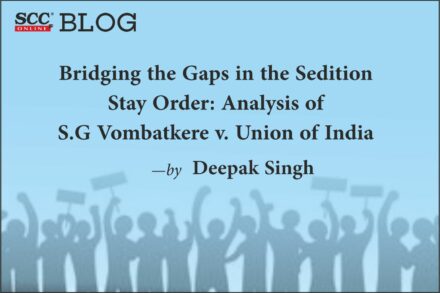 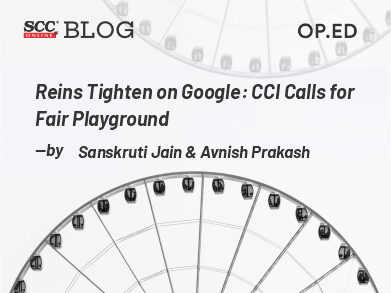