“Discourage litigation. Persuade your neighbours to compromise whenever you can. Point out to them how the nominal winner is often a real loser — in fees, expenses, and waste of time. As a peacemaker, the lawyer has a superior opportunity of being a good man. There will still be business enough.1” — Abraham Lincoln

The present statutory regime that regulates arbitration in India is the Arbitration and Conciliation Act, 19962 (“the Act” for brevity). The Act is comprehensive and seeks to protect the interests of the parties; one such provision aimed at safeguarding the interests of the parties before, during and after the commencement of arbitral proceedings is the power to grant interim relief. The Act envisages interim measures under Section 93 and Section 174 of the Act. There is a basic distinction between the two provisions i.e. the forum before which the interim measures can be sought and the stage of proceedings when the application can be moved. Section 9 of the Act stipulates the powers of the court to grant interim relief before or during the arbitral proceedings or after the passing of the arbitral award and also lays down a restriction under clause (3) after the constitution of the Arbitral Tribunal unless such circumstances exist which may render a remedy under Section 17 inefficacious. Section 17 lays down that the parties may apply to the Arbitral Tribunal for interim relief during the arbitral proceedings.

This raises a question whether the court is restricted in its scope in terms of the provisions of the Civil Procedure Code also whether it is barred from entertaining an application under Section 9 of the Act after the constitution of the Arbitral Tribunal. In Essar House (P) Ltd. v. Arcellor Mittal Nippon Steel India Ltd.7, the Supreme Court has held that the provisions of the Civil Procedure Code are not binding upon Section 9 of the Act and on mere technicality the relief cannot be withheld. In the instant matter, the Bombay High Court allowed the application filed under Section 9 of the Act by Arcellor Mittal Nippon Steel India Limited which directed Essar Services to deposit Rs 47.41 crores with the Prothonotary and Senior Master of the High Court. Essar Services filed an appeal before the Supreme Court challenging the aforesaid order and the Supreme Court categorically held:

48. Section 9 of the Arbitration Act confers wide power on the court to pass orders securing the amount in dispute in arbitration, whether before the commencement of the arbitral proceedings, during the arbitral proceedings or at any time after making of the arbitral award, but before its enforcement in accordance with Section 36 8 of the Arbitration Act. All that the court is required to see is, whether the applicant for interim measure has a good prima facie case, whether the balance of convenience is in favour of interim relief as prayed for being granted and whether the applicant has approached the court with reasonable expedition.

49. If a strong prima facie case is made out and the balance of convenience is in favour of interim relief being granted, the court exercising power under Section 9 of the Arbitration Act should not withhold relief on the mere technicality of absence of averments, incorporating the grounds for attachment before judgment under Order 38 Rule 5 CPC9.

50. Proof of actual attempts to deal with, remove or dispose of the property with a view to defeat or delay the realisation of an impending arbitral award is not imperative for the grant of relief under Section 9 of the Arbitration Act. A strong possibility of diminution of assets would suffice. To assess the balance of convenience, the court is required to examine and weigh the consequences of refusal of interim relief to the applicant for interim relief in case of success in the proceedings, against the consequence of grant of the interim relief to the opponent in case the proceedings should ultimately fail.

The object of Section 9(3) has been laid down by the Supreme Court:

37. … to avoid courts being flooded with Section 9 petitions when an Arbitral Tribunal is constituted for two good reasons —

(i) that the clogged court system ought to be decongested; and

(ii) that an Arbitral Tribunal, once constituted, would be able to grant interim relief in a timely and efficacious manner.10

Different observations upon this question have been made by the High Courts of different States. “Once an Arbitral Tribunal is constituted, an application for interim relief should ordinarily be decided by the Arbitral Tribunal.”11

27. A harmonious reading of Section 9(1) with Section 9(3) of the 1996 Act, as amended by the 2015 Amendment Act12, makes it amply clear that, even after the amendment of the 1996 Act by incorporation of Section 9(3), the Court is not denuded of power to grant interim relief once an Arbitral Tribunal is constituted.13

24. … We are of the view that Section 9(3) does not operate as an ouster clause insofar as the courts’ powers are concerned. It is a well-known principle that whenever the legislature intends an ouster, it makes it clear.

25. We may also note that there is no provision under the said Act which, even as a transitory measure, requires the court to relegate or transfer a pending Section 9(1) application to the Arbitral Tribunal, the moment an Arbitral Tribunal has been constituted.

In Ajay Singh v. Kal Airways (P) Ltd.17 the Delhi High Court held that wide powers are granted to the court under Section 9 and that the courts cannot be bound littera scripta by the provisions of Orders 38 and 39 18 but must follow the principles underlying.

“An application under Section 9 of the Arbitration and Conciliation Act, 1996 for interim relief is not to be judged as per the standards of a plaint in a suit.”

The Act being a special legislation 20 could not be restricted in its scope in terms of the provisions of the Civil Procedure Code. Thus, to bind the powers of the court under any provision of the Act as per the standards laid down in the Civil Procedure Code would not be amenable. The same has been reiterated by a number of judgments of the High Courts and rightly upheld by the Supreme Court in Essar House (P) Ltd. v. Arcellor Mittal Nippon Steel India Ltd.21 This gives wide powers to the courts while exercising authority under Section 9 of the Act. The court is not strictly bound by the provisions of Order 38 Rule 5 while granting relief under Section 9 of the Act and the scope of Section 9 is very broad. It is the court’s discretion to grant a wide range of interim measures which may appear to the court to be just and proper. The discretion has to be exercised in a judicious manner and not arbitrarily.

† Associate Advocate, The Law Desk. Author can be reached at <ayushi@thelawdesk.org>. 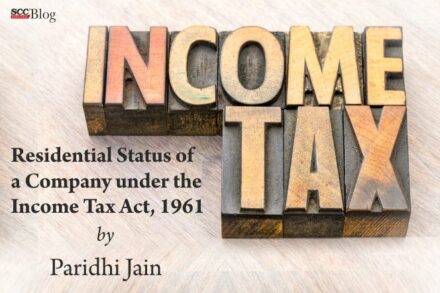 Residential Status of a Company under the Income Tax Act, 1961 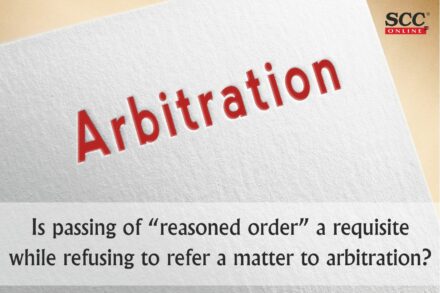 Is passing of “reasoned order” a requisite while refusing to refer a matter to arbitration? 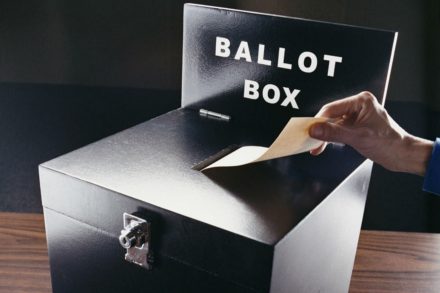