Madras High Court: In a writ petition filed by Life Insurance Corporation of India (‘LIC’) against the order passed by the National Commission for Scheduled Caste (‘NCSC’) to quash the same as being illegal, arbitrary and unjust, S.M. Subramaniam, J. held that the said order issued by the NCSC amounts to interference in the administrative prerogative of the LIC, which is impermissible under Article 338 of the Constitution. Thus, it is liable to be quashed.

In this case, the respondent belonged to the Scheduled Caste (‘SC’) Community and was given promotion to the cadre of Higher-grade Assistant at one of the Mofussil branches of Chennai Centre, but she insisted that she should be given posting within Chennai City, and since the request made by her was found unreasonable, LIC had not acceded to the request. Thus, the respondent complained before the NCSC that she was discriminated against since she belongs to Scheduled Caste community and the Commission ordered LIC to promote the petitioner and post her in Chennai itself.

LIC submitted that NCSC has no jurisdiction or power to issue direction in the matter of promotion and postings, which is the administrative prerogative of LIC, and the petitioner submitted that Commission is empowered to adjudicate the issues raised in the complaint under Article 338 of the Constitution of India.

The Court examined the scope of Article 338 of the Constitution and said that it is unambiguous that the Commission can exercise the powers of the Civil Court for the purpose of conducting an adjudication in an effective manner, but it may not issue any direction, directing the Government authorities or the corporation authorities to grant promotion to a particular person or issue posting to a person in a particular station or place, which all are governed under the Service conditions of an employee.

It further said that while considering promotion, the employer must consider all the eligible persons, in accordance with the rules in force and in the order of seniority, and by issuing any such direction to promote the employee based on a complaint, would result in denial of promotional opportunity to all other eligible employees including the other SC employees, who may be senior to the complainant in a particular case.

The Court held that transfer being a condition of service, the employer is empowered to post an employee in a particular place in the interest of public administration, and NCSC was not expected to interfere with the routine administrative affairs of the corporation, as the scope of Article 338 of the Constitution cannot be expanded for the purpose of interfering with the routine administrative affairs of the employer, which are governed under the service rules , and while considering the complaint, if at all any violation of service rules are identified or traced out by the commission, the commission may issue necessary recommendations to rectify the mistakes by following the rules in force, but would not issue any straight direction to post a person or promote a person in a particular place or cadre. Thus, the powers conferred under Article 338(8) of the Constitution is for the purpose of adjudication of issues by exercising all the powers of a Civil Court, trying a suit. 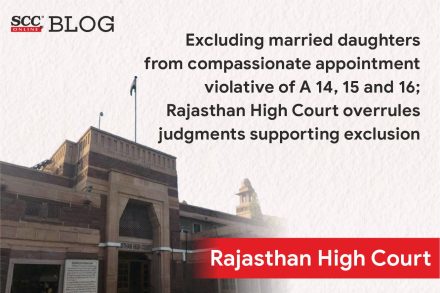 ‘Commercial wisdom of Committee of Creditors is not to be interfered with’; Supreme Court sheds light on the limited scope of interference by NLAT/NCLAT

Law on Voluntarily Causing Grievous Hurt | In a land dispute, a person subjected to grievous injury with the use of ‘Khurpi’: Will he be punished under S. 326 or 325 Penal Code, 1860? Bom HC explains