“I can imagine no society which does not embody some method of arbitration.”

Arbitration is one of the most common methods of dispute resolution which has gained popularity in the recent past in India owing to the plentiful advantages it offers. The Arbitration and Conciliation Act, 19961 (“the Act” for brevity) is the statute which at present regulates arbitration in India and comprehensively lays down the procedure of arbitration. The Act is a special legislation2 and is not bound by the Civil Procedure Code, 19083.

As far as the appointment of arbitrator(s) is concerned, Section 11 of the Act4 stipulates the process of the appointment. Sections 11(5) and (6) provides that on the failure to reach an agreement between the parties, upon the question of appointment or failure to act as required by the agreed procedure, the Court (Supreme Court, High Court or any institution designated by such court) shall make the appointment or take necessary measure.

In a recent case5, the Supreme Court held that the Court can hold a preliminary inquiry to determine whether the dispute is arbitrable or not when an application is made under Sections 11(5) & (6) and an objection to the same is made by the respondent. The Court in the light of Vidya Drolia v. Durga Trading Corpn.6 and Indian Oil Corpn. Ltd. v. NCC Ltd.7 remitted the matter to the High Court to hold preliminary inquiry.

154.4. Rarelyasademurrer the court may interfere at Section 88 or Section 11 stage when it is manifestly and ex facie certain that the arbitration agreement is non-existent, invalid or the disputes are non-arbitrable, though the nature and facet of non-arbitrability would, to some extent, determine the level and nature of judicial scrutiny. The restricted and limited review is to check and protect parties from being forced to arbitrate when the matter is demonstrably “non-arbitrable” and to cut off the deadwood.9

The core of arbitration is a legally binding arbitration agreement. The cornerstone upon which the entire structure of the arbitral process is built is a valid arbitration agreement. The absence of such arbitration agreement calls for the interference of the Court to determine whether the dispute brought is arbitrable or not. However, the extent of judicial intervention in arbitration proceedings has been restricted10 to what has been expressly provided in the Act and the question of non-arbitrability is also to be determined by the Arbitral Tribunal. The legislative mandate and the general rule/principle is that it is the Arbitral Tribunal and not the court which determines the said question. Holding a preliminary inquiry has not been expressly provided in the Act and the same may be construed as being interference by the court, however, the Supreme Court has observed that:

134. Prima facie examination is not full review but a primary first review to weed out manifestly and ex facie non-existent and invalid arbitration agreements and non-arbitrable disputes. The prima facie review at the reference stage is to cut the deadwood and trim off the side branches in straightforward cases where dismissal is barefaced and pellucid and when on the facts and law the litigation must stop at the first stage.11

Preliminary inquiry to determine whether the dispute is arbitrable or not can save the parties from being unnecessarily dragged into arbitration. It has been observed that the courts can review the issue of non-arbitrability and determine whether the dispute was covered by the arbitration clause at the reference stage itself. The courts cannot leave the issue unresolved for the Arbitral Tribunal to review and decide12. The Supreme Court has in the recent judgment13 brought clarity to the question whether the Court can hold preliminary inquiry as to the arbitrability of the dispute by holding that preliminary inquiry can be made when an objection is preferred by the respondent.

* Associate Advocate, The Law Desk. Author can be reached at <ayushi@thelawdesk.org>. 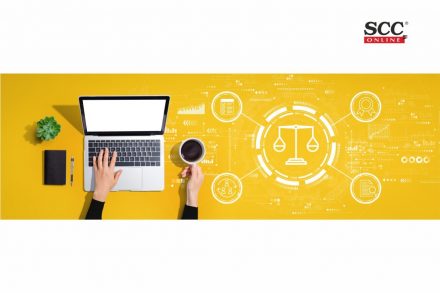 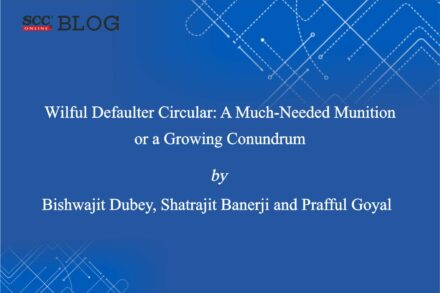 Wilful Defaulter Circular: A Much-Needed Munition or a Growing Conundrum