1. To begin with could you please give us a glimpse of your journey from being a law student to being an equity and name partner at ANM Global (heading the Media and Entertainment Practice).

I joined ILS Law College, Pune in the year 2005 which was ranked #1 law school in India back then, with the thought of becoming an environmental lawyer to support my mother with her NGO work. However, somewhere around my third year in law school, I developed interest in the subject of intellectual property laws which I pursued as a topic not just through optional courses in college but also through additional diplomas from NLSIU and WIPO as well internships in few prestigious IP law firms. Media and entertainment law as a specialised subject or field was not known to us then and I had honestly not explored much about the subject in my law school days other than its relevance in copyright and constitutional matters. In 2010, I joined Naik Naik & Co. through campus placements and worked with them for around eight years, where I had the opportunity to learn the intricacies and application of media and entertainment laws. In August 2018, I decided it was time to take up new challenges and joined ANM Global as a partner to head its media and entertainment practice and grow the vertical. The experience and journey has been nothing short of wonderful and each day is a new learning curve. ANM Global provided me the opportunity to build and scale up the media practice and I am thankful to my managing partner, Mr Nidhish Mehrotra for his constant trust and support. With the support of my entire media team who have consistently striven to the growth of the practice, ANM Global is now recognised as one of the leading media and entertainment law firms in India.

2. There has in the last couple of years been a surge in law graduates wanting to pursue a career in media and entertainment law. When and why did you choose such a specific niche from the early start of your career?

3. You were recently shortlisted for the Women in Business Law Awards, APAC 2022. A big congratulations on that. An acknowledgement of this kind while extremely validating also creates a sense of responsibility. How do you now perceive yourself as a professional and as a woman in business?

I firmly believe in this verse from Bhagwad Gita “karmanye vadhikaraste ma phaleshu kadachana, ma karmaphalaheturbhurma te sangostvakarmani” which means you have the right to work only but never to its fruits. Let not the fruits of action be your motive, nor let your attachment be to inaction. Awards and recognitions are indeed extremely validating and an acknowledgement that you are on the right path. It does create a sense of responsibility to keep striving hard to work in the right direction and set the right example. Understanding the business is key to become a good media and entertainment lawyer. As a professional my endeavour has always been to understand the business of the clients and step into their shoes while representing them before third parties to do complete justice to the mandate given to me as their lawyer. A solution-oriented approach is extremely important.

4. The Supreme Court decision in Knit Pro International v. State (NCT of Delhi)1, should have ideally been a one stop answer to the status of an offence under Section 63 of the Copyright Act, 1957; however, the judgment has received mixed reactions. What are your thoughts?

The Supreme Court in Knit Pro International v. State (NCT of Delhi)2 has held that offences under Section 63 of the Copyright Act, 1957 are cognizable and non-bailable offences thereby putting the debate to rest due to the conflicting views taken by different High Courts earlier. In my personal view, a decision of such significance ought to have been more rationally analysed. It is imperative to balance the scales. The SC took into account only the upper limit of punishment that Section 63 provides without considering the situation where the punishment could be less than 3 years. The judgment has paved way to weaponise Section 63 as a tool. Certain checks and balances are required to be in place to prevent any abuse.

5. The first quarter of the year saw the Division Bench of the Delhi High Court acknowledge the controversy of registering multiple copyright societies for a single class of work. The court categorically held that PPL’s registration would be considered notwithstanding the fact that RMPL was already functioning as a registered society. What are your thoughts multiple copyright societies being registered for a single class of work, considering a lot of jurisdictions across the world have a different stand on this matter?

Although law in India does not ordinarily recognise the principle of multiple societies for each class of works, however, there is no specific bar on the registration of more than one society if the copyright office deems such registration fit as per Section 33(3) of the Copyright Act, 1957 under extraordinary circumstances. As per the current trend, there has been no instance in India where the Government has already granted registration to more than one copyright society for the same class of work, and to my knowledge, PPL’s application has again been rejected by the Government. However when we look at foreign jurisdictions like Spain, SGAE and DAMA in Spain both manage the rights of authors in audiovisual works as well as Brazil where a large number of CMOs are present out of which some are in the same artistic domain. For instance, AMAR (Association for Arrangers and Conductors/Brazilian Music Society) and SOCINPRO (Brazilian Management and Protection of Intellectual Rights Society) both represent songwriters. In USA, ASCAP, BMI and SESAC are all performing rights organisations dealing with same class of works.

In an anomaly, organisations performing the functions of copyright societies can bypass and avoid registering themselves under the Copyright Act and can rely instead on Section 30 (which permits copyright owners to issue licences through an agent) read with Section 18 (which relates to the assignment of copyright) to issue licences and collect royalties on behalf of copyright owners. This is essentially what Novex does as discussed in Leopold Café & Stores v. Novex Communications (P) Ltd.3 One could argue that the objective of having multiple societies for the same/similar kinds of protected works nevertheless gets achieved.

Competition is considered as the primary benefit that plurality of copyright societies may offer. Proponents of plurality believe that multiple copyright societies would create a competitive environment in the content licensing and put a check on the abusive behaviour of big players in the market. However, natural monopolies are anyway bound to exist even if there is no statutory monopoly so it may be more fruitful if the focus is shifted from registering multiple societies to working towards boosting their efficiency, transparency, and democratic functioning. In my view, if there are multiple societies for a single class of work, this would ensure that there is competition in the industry and societies will not be in a position to abuse their position. It will also solve the persisting issue of lack of transparency and make redressal effective. However, steps should also be taken to ensure ease of doing business for users and make the process less cumbersome by automating and digitising processes to the extent possible.

6. You had mentioned in one of your interviews that you joined law school wanting to pursue environment law. India at the COP26 Climate Change Summit pledged that it would increase its renewable energy component to 50% of the country’s total energy requirement. However, we see that there is no proper policy to dispose the waste created by such sources (e.g., solar power). At the expense of getting a little side tracked what are your thoughts on having a sound waste disposal policy in place?

A sound waste disposal policy is the need of the hour. While the current fervour around the globe is to decarbonise as quickly as possible using wind and solar, the energy industry has yet to fully tackle the long-term waste stream for these systems. Many supporters think that renewable energy equals no waste, when in reality all energy-producing technologies produce waste that should be managed responsibly. Renewable energy, such as solar, wind and hydroelectric, while cleaner than fossil fuels, still require the use of resources that can pollute the environment and affect human health. According to the International Renewable Energy Agency (IRENA), the cumulative waste generated by India’s total installed solar capacity could be as high as 325 kilotonnes by 2030. With the increasing penetration of distributed renewable energy sources such as solar PV (photovoltaic) and energy storage into the Indian electricity sector, it is necessary to prepare for managing the waste generated from these technologies. India is yet to have a dedicated PV waste management and recycling policy.

7. As somebody who is basically carrying an entire team on her shoulders. What is the one key workplace practice that you would want to cultivate at ANM Global?

I am blessed with an amazing team who have been constant pillars of support in helping the practice grow and scale to newer heights. We have a very democratic way of working where partners are approachable and team members can fearlessly voice their opinions and point of view. This has helped to culminate a non-toxic transparent work environment and encouraged the team members to take full ownership and responsibility of their work. The one key workplace practice that I have been cultivating at ANM Global is on knowledge sharing exercise between team members which is extremely essential in the fast-paced industry we are based in.

8. You started your own blog “IPRMENTLAW”. How important is it for budding lawyers and established professionals to develop the art of writing and legal research?

As a media and entertainment lawyer, I realised there is no specific platform which provided focused information on the sector and allowed industry professionals to come together. Hence, in January 2018, I started my blog IPRMENTLAW.com which is a knowledge-sharing, non-profit open access forum. My blog endeavours to bridge this gap and provide a forum for regular updates and discussion on important issues in the media and entertainment industry. For students and budding lawyers writing well-researched pieces is definitely recommended as it showcases their drafting, research and analytical skills which might help them get the right visibility and help them in their career. For others, I would say it is a matter of choice and passion. As far as blogging is concerned, one should write only if one is passionate about it.

9. Not many are familiar with the phrase “exhaustion of a search”. What are your views on it?

There is no mathematical formula to determine exhaustion of a search when it comes to legal research. To my mind, one’s research is completed once you have found the satisfactory answers to your query. Some basic checklists are needed such as to ensure there is no higher court decision overruling the decision you have relied on in your research.

10. Lastly, what is the one piece of advice you would give to any law graduate setting foot into the real world?

For any law graduate setting foot into the real world my one advice would be gaining knowledge should be your priority over everything else. Money, fame, success will all follow. Your formative years will mould your future so learn as much as you can. Get your priorities right as abundance of choice could cause confusion resulting into lack of stability and consistency and frequent jumping for the wrong reasons. 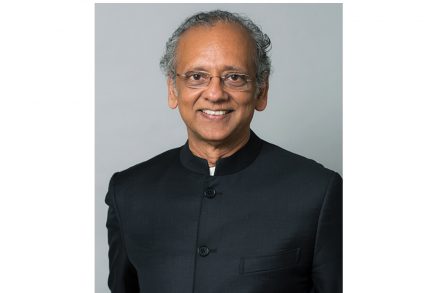 “A lawyer who extols only litigation in courts is a loser”: In conversation with Justice Kannan Krishnamoorthy (Part-II) 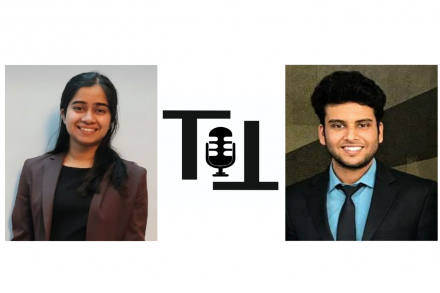 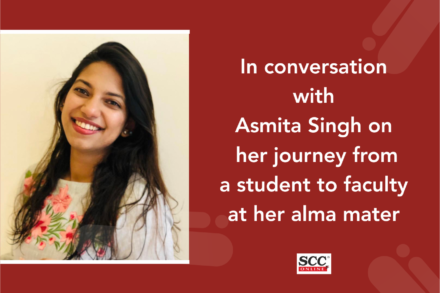