The very question as to why are the students pursuing law was the onset of the interactive session of the day. The varied and upright responses included points such as the dynamic nature of law, it is intellectually challenging, financially rewarding and personally fulfilling. In addition to the same, Mr. Malik compared the study of law to a process that is ongoing, dynamic and constantly developing with the changing needs of the society. 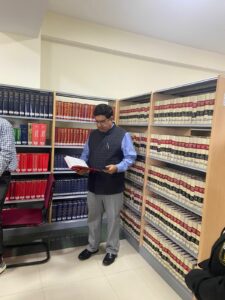 Mr. Sumeet Malik talked about EBC and SCC and its relevance in the modern era for every law student. EBC, that is, Eastern Book Company is the intellectual giant in legal publishing, which has traditionally published a wide range of legal commentaries, student texts, law reports and digests. Today, its products include pioneering works both in the print and electronic medium. The EBC group has come up with Supreme Court Cases (SCC), SC Yearly Digest and Complete Digest, SCC Online, EBC Webstore, EBC Student Books and Practitioner Commentaries, EBC Reader, SCC Online Blog, EBC Explorer and the Practical Lawyer magazine.

Other topics covered during the session included an example of legal interpretation and its particular pertinence to the same. The relevance and understanding of citations were also explained in the session. It was also explained that what all points constitute the annotation of the case and how is it supposed to be written. 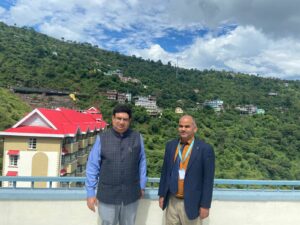 Mr. Malik also emphasized upon the relevance of statutes, which led to the discussion on kinds of sources of law. By citing various examples, he explained that when does a law gets enforced or when does an “act” become a “law’. It was easy to decipher the topic of discussion with the help of precise and easy examples given during the session.

Mr. Malik also talked about the hierarchy of the Indian courts, the powers of the courts at different levels and certain sections of the Indian Constitution like Article 393, 76 and 226. One of the most vital learning from the session was that it is important to rely on authentic sources while doing some research work and every word that we come across must be interpreted in a manner that leaves no scope of confusion and does not reflect arbitrariness. In addition, it was also discussed that it is important to name and number the acts properly.

The session ended with a round of questions and answers and it was indeed an informative and enlightening session for all.

The Guest Lecture was divided in 2 sessions, wherein the morning session was kept for the 2nd and 3rd year students of 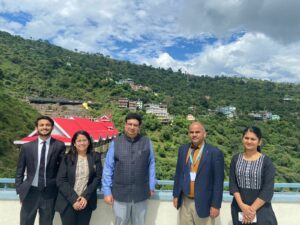 FYIC at the Himachal Pradesh National Law University and the evening was kept for the students for 1st, 4th and final year students. It was attended by a cumulative strength of around 200 students. The session was fruitful and motivational to all the students. 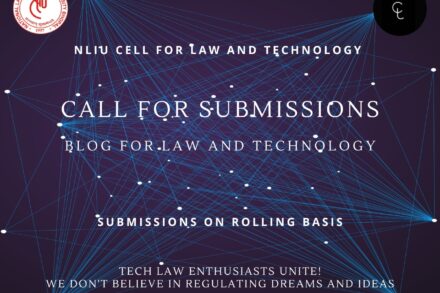 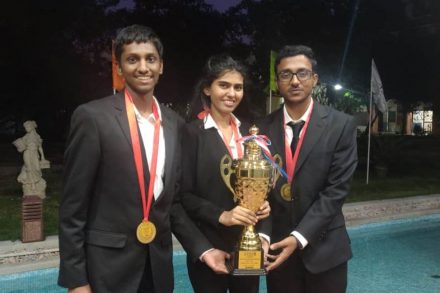 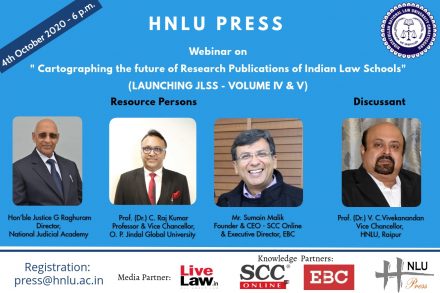