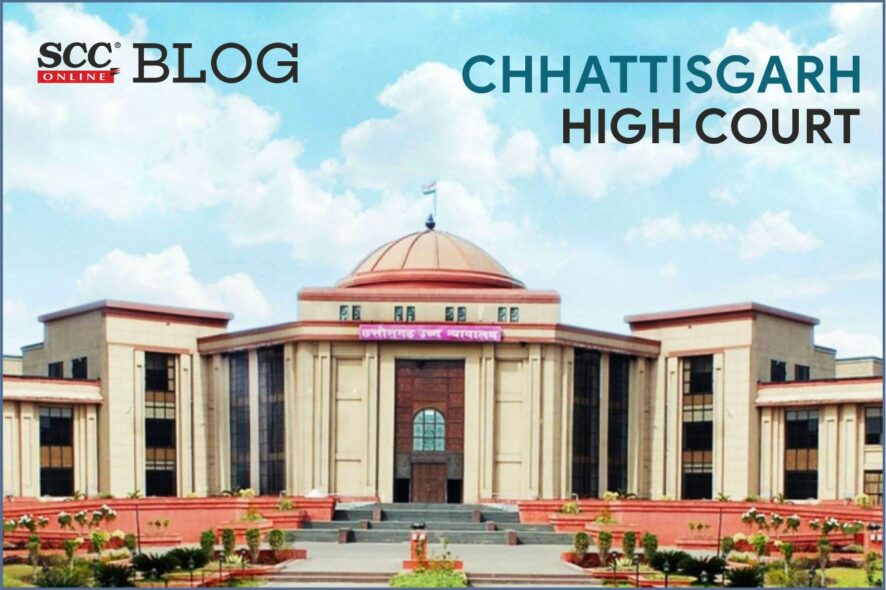 Chhattisgarh High Court: In a case related to an appeal filed against the decision of the family Court, whereby an application filed by the husband seeking divorce was dismissed, Goutam Bhaduri, J. held that the marriage must be stand dissolved under S. 13 of the Hindu Marriage Act, 1955 (‘HMA’) by a decree of divorce primarily on the ground of customary divorce followed by the desertion of each other. Further, for a custom to have a colour of a rule of law, it is necessary for a party claiming it to plead the custom as ancientIn this case, the parties were married in 1982 and eventually a customary divorce was executed in 1994. As the customary divorce was not recognized by the employer of the parties, the husband filed an application under S. 13 HMA in 1995, wherein an ex-parte decree of divorce was passed. Subsequently, the appellant performed a second marriage and thereafter an application was filed by the wife under O. 9 R. 13 of Code of Civil Procedure, 1908 (‘CPC’) to set aside the earlier ex-parte decree.

The Family Court set aside the ex-parte decree. Thereafter, the initial suit continued and eventually it was dismissed by the impugned order. The wife further filed a civil suit for declaration with a prayer that customary divorce is bad in law and would not be operative, the suit was eventually dismissed and however the wife succeeded in the appeal. In such judgment the Appellate Court observed that since the appeal pertaining to same issue is pending before the High Court any finding given by the High Court would prevail over the finding of the appellate court.

The Court observed that “a plain reading of S. 29(2) HMA, clears that a marriage can still be dissolved in accordance with the custom governing the parties or under any other law providing for the same. The operating words of this section that ‘nothing contained in this Act shall be deemed to affect any right recognised by custom’ would lead to demonstrate that the provisions of the Act do not nullify the existence of any custom which confers a right on a party to obtain a dissolution of a Hindu marriage”.

It is further viewed that normally under HMA, the dissolution of a marriage by custom is not recognized but the saving clause of S. 29(2) recognises the customary divorce unless it is against the public policy.

The Court noted that the parties before execution of customary divorce were living separately for three years, and it was written that they cannot adjust with each other and hence decided to get separated. It also contains that both the parties would be free to remarry after the customary divorce and even the custody of the children was also decided. Further, there is no effort of any reunion till date, and they were living separately from past 28 years and the circumstances would show that there is irretrievable breakdown of the marriage and the parties have deserted each other, both mentally and physically.

The Court took note of the ruling in Bipinchandra Jaisinghbai Shah v. Prabhavati, 1956 SCR 838, and observed that “to establish desertion, there must be two essential conditions namely; (i) the factum of separation; and (ii) the intention to bring cohabitation permanently to an end“

In the present case, the parties have separated for a long time and with the passage of time it do not show that there is any intention of reunion. Therefore, the Court held that Hindu marriage may be dissolved either under S.13 of HMA or under any special enactment in accordance with the custom applicable to the parties and S.29(2) HMA do not disturb the practice of customary divorce prevailing, before the Act came into force.

B.P. Singh, Advocate, for the Respondent.

Del HC | Does disclosure of information with no larger public interest amounts to invasion of privacy under S. 8(1)(j) of RTI Act? HC elucidates

By Devika Sharma Published on September 3, 2020

You don’t have a right to walk in here as and when you please: SC to Govt seeking condonation of 1697 days’ delay