Chhattisgarh High Court: In a case relating to the appeal filed by the wife against the decision of the family court allowing the application of husband for seeking divorce on the ground of cruelty, the division bench of Goutam Bhaduri and Radhakishan Agrawal, JJ. observed that in a situation when a wife goes to the office premises of the husband, abuses him and accuses him of illicit relation, naturally it would result in diminishing the image of the husband before the colleagues and the office stature will certainly go down. Further, abusing the in-laws and stopping the husband from meeting his parents would also amount to cruelty.

The Court while taking note off all the evidence observed that the act of pulling back the husband mid-way from his brother's marriage ,whereby he was forced to leave the marriage is also an unnatural cruel act and such act would bring down the image and the prestige of a family in the eyes of public, which may also amount to cruelty. Further, the wife has made void allegation of illicit relationship of the husband with a lady outside the marriage and even made a complaint to the Chief Minister to transfer the husband from a particular posting in the office with allegation of illicit relations.

The Court took note of the ruling in Samar Ghosh v. Jaya Ghosh (2007) 4 SCC 511, wherein the court held that no uniform standard can ever be laid down for guidance and defined a non-exhaustive list of instances that constitutes mental cruelty. It further relied on Narendra v. K. Meena (2016) 9 SCC 455, wherein the court held that when the assassination of character is made by either of the parties it would constitute a mental cruelty for which a claim for divorce under S.13(1)(i-a) of the Hindu Marriage Act, 1955 would be sustainable.

Shishir Shrivastava, Advocate, for the Appellant; 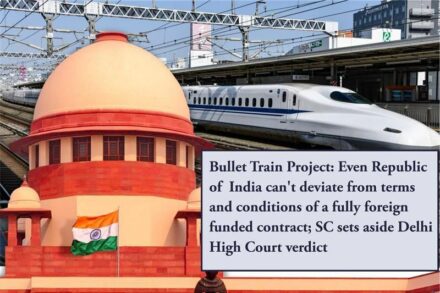 NCLAT | NCLT’s order of barring an auditor for 5 years on grounds of misusing his position, held –Unsustainable