Wildlife conservation has garnered considerable attention lately, but there are a lot of caveats in the conventional concepts of natural life protection, especially with the continuing debate over fundamental entitlements. The 1972 Stockholm Conference on Wildlife Conservation and Environmental Concerns had an international influence on wildlife conservation in India. In a precursor to the rise of environmental movements in the 1960s, Governments in the number of nations determined and took steps to conserve nature and mitigate environmental harm inside their own boundaries. However, unlawful acts continued unabated, and environmental harm continued to rise internationally until the Governments understood in the 1970s that it was not enough to manage such practices in their own nations; they required a comprehensive strategy.

The United Nations convened its first Conference on the Human Environment in Stockholm, Sweden, in 1972, the official statement of which is known as the Stockholm Declaration of 19721. The assertion’s 26 criteria take a broad view of human impact on the planet, indicating that ecological challenges have been addressed openly and on a global basis for the first time in history. The Stockholm Convention’s first goal is to safeguard human health and the environment (forests, animals, and so on) against persistent organic pollutants. This year we are celebrating the 50th anniversary of the same. Therefore, let us look at the latest advancement in the field of wildlife conservation, which is the Wild Life (Protection) Amendment Bill, 20212. This Bill amends the Wild Life (Protection) Act, 19723.

The Preamble, as its name implies, is a preliminary or introductory declaration to any Act or law, in this case, the Bill. It expresses the previous law’s philosophy, purpose, uses, principles, aims, concepts, and ambitions. The Preamble itself is problematic. Whereas earlier the emphasis was on the “protection of wild animals, birds, and plants”; the amendment introduces the term “management”. While seemingly innocuous, this implies a shift in the mindset of the Government from the protection of wildlife to its management as a resource. The proposed framework can be dealt with as the topic of this Bill, which establishes a framework for “invasive alien species” (IAS) in the Indian legislative machinery. Invasive alien species can be amphibians (such as cane toads), plants, insects, fish, fungi, bacteria, and even all types of organisms, including seeds and eggs. Species that grow and reproduce rapidly, actively spread, and can be harmful are named “invasive species”. Invasive alien species are species that settle outside their natural past or present range and whose introduction and/or spread threaten biodiversity.

The Government’s major responsibility for invasive species management may be traced back to two sources — Article 48-A4 of the Constitution. Being a Directive Principle of State Policy requires the State to endeavour to protect and improve the environment. Conversely, the CBD and the Aichi Targets are part of the International Convention on Biological Diversity (ICBD) (Target 9). However, the issue of invasive species is not addressed by this statutory framework. It fails to recognise that invasive species native to India remain unregulated when introduced to a new habitat within the nation. It does not appear on the IUCN Red List of Threatened Species. The Bill fails to recognise the negative consequences of native invading species.

One further major concern is that the Central Government could declare animals listed in Schedule II as vermin, effectively stripping them of legal protection and allowing hunters, trappers, and traders to hunt, trap, and trade species such as hyenas, Indian foxes, jackals, martens, sparrows, and parakeets. The term “vermin” is not defined in the Wild Life (Protection) Act of 1972. However, Schedule V includes a list of species classified as “vermin”, such as rats, crows, and foxes. The Centre can declare wild animals of any kind as “vermin” in any region and for a specific length of time under Section 62 of the Act5. These animals have been classified under Schedule V, allowing them to be hunted. Many experts, on the other hand, have claimed that mass culling is inefficient and does not alleviate human-animal conflicts. In light of this, it is worth noting that Section 62 of the Act’s validity is suspect under Articles 146 and 217 of the Constitution. When establishing laws that impact wildlife, the State must be cautious, according to the Directive Principles of State Policy (DPSP) and the fundamental obligations.

The Supreme Court pertinently extended the right to life to animals under Article 21 of the Constitution in Animal Welfare Board of India v. A. Nagaraja8. Although this ruling garnered criticism from attorneys and constitutional experts, it has been acknowledged and elaborated upon by the High Courts around the country. For example, in 2018 the Uttaranchal High Court9 and in 2019 the Punjab and Haryana High Court10 recognised all members of the animal kingdom to be legal entities with separate legal personalities and rights comparable to those of live people. Although one may disagree with these decisions, they are legitimate legal interpretations for the time being. This enlargement of Article 21 also implies that the same safeguards that apply to people, such as the right not to be deprived of life or personal liberty unless it is done in a just, fair, and reasonable manner, apply to animals. There are no procedural rules governing how and when Section 62 can be used. As a result, the Government has complete discretion over which creatures should be classified as “vermin”.

However, Section 62 does not discriminate between those who are directly responsible for crop devastation and others of the same species in its current form. It also has a number of legal flaws, particularly in relation to Articles 14 and 21. Humans and the rest of the ecosystem should live in harmony, according to our constitutional framework. The section jeopardises this delicate relationship and calls into question our core human ideals of compassion, empathy, and respect for all living things. According to the Bill, there is no systematic method or evaluation for declaring a species vermin, population decreases, and significant ecological repercussions are possible. Similarly, there are no rigorous scientific studies that can be used to determine which species require more protection. Also as result, many species are absent from Schedules I and II, and fauna groups such as reptiles, amphibians, invertebrates, and bats are significantly underrepresented.

The inclusion of “circus” in the concept of “zoo” can have a negative impact on conservation and, in fact, is antithetical to conservation due to the stress that circus animals are subjected to. The use of the term “circus” will also be in direct conflict with the Government’s efforts to prohibit the use of animals in Indian circuses, as indicated by a draft notice issued on 28-11-2018, prohibiting the use of all animals in circuses across the nation. The law also misses a chance to address crucial conservation gaps, such as granting Project Elephant legislative status and conserving animal routes and habitats outside of the protected area network. The measure also essentially permits the commercial sale and purchase of live elephants, which are India’s national animal. Live captive elephants have been exempted from the prohibitions in Schedules I and II as a result of the modification. A certificate of ownership and/or approval from the State Government is all that is necessary for sale or transportation. This leaves a gaping breach that will have a severe influence on wild elephant populations as well as captive elephant well-being. While we celebrate Stockholm @50, the authors believe that this Bill is a step backward rather than forward. 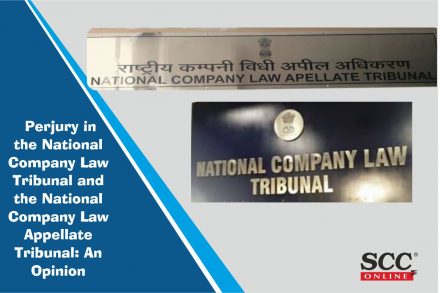 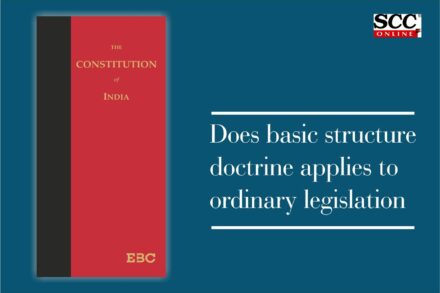 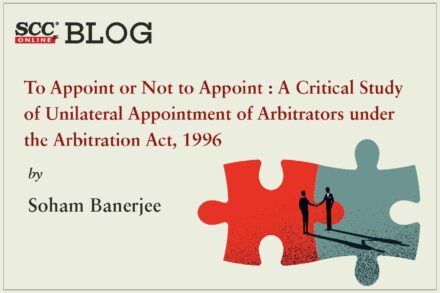 To Appoint or Not to Appoint : A Critical Study of Unilateral Appointment of Arbitrators under the Arbitration Act, 1996