A company accumulates its equity capital via investments from various investors. Generally, these investors are concerned less with the company’s affairs and more with their return on investment. The company issues cash dividends and/or bonus shares to reward these investors’ interest.

Cash dividends involve actual cash outflow from the company’s coffers and attract dividend tax which the investor bears.1 However, on the other hand, bonus shares are free shares (as its cost of acquisition is taken as nil) issued to the investors in proportion to their already existing shareholding in the company. These are issued out of accumulated profits/reserves of the company, and no additional cash inflow or outflow is involved.2 Hence, a question on the taxability of allotment of bonus share arises.

In IRC v. John Blott, a case from 1921, the House of Lords addressed this moot question by observing that since the allotment of bonus shares does not change the company’s coffers and nothing enters the allottee’s pockets, the issuance of bonus shares could not be taxed on similar lines as taxation of cash dividends.3 Various Indian courts have made similar observations.4

However, recently, there have been cases wherein the assessing officers (AO) have extended the literal interpretation of Section 56(2)(vii)5 of the Income Tax Act, 1961 (IT Act) to conclude that issuance of bonus share is a transfer of property, other than immovable property, without consideration and hence, is income from other sources (IOS) in the hands of the assessee. Therefore, tax is leviable on those bonus shares aggregate fair market value. Although, the Indian courts have struck down this extension of literal interpretation on various occasions.

This article aims to understand the basis and extent of the feasibility of such interpretation and elaborate on why the decision of various courts to reject such interpretation is correct. The paper first lays Section 56(2)(vii) of the IT Act to understand how the issuance of bonus shares could not be taxed as IOS and then elaborates on some recent judicial decisions supporting the same.

Section 56(2)(vii) of the IT Act deals with levying tax on deemed income arising on transfer of gifts, etc. which has the value of more than a certain amount under the head “income from other sources”. It stipulates that “where an individual or Hindu Undivided Family (HUF) receives, from any person, any property other than an immovable property without consideration, the aggregate fair market value of which exceeds fifty thousand rupees, the whole of the aggregate fair market value of such property shall be taxable as IOS”.6 This provision applies mutatis mutandis to a company or a firm.7

By imprinting dictionary meaning on the term “receive” in the above provision, it would mean receiving or actual receipt of something, including money, letter, or a gift, by way of a transfer. Likewise, the term “property” in Section 56 means to include “shares and securities” under the head of an assessee’s capital asset. This implies that Section 56(2)(vii) applies when the nature of the property being transferred is a capital receipt and not a revenue receipt.

Following the above logic, allotment of bonus share constitutes a property transfer without consideration for Section 56 and shall be subjected to tax. However, a holistic understanding of the purpose of enacting Section 56 and interpreting the term “consideration” would prove that the same is not warranted.

On reading Section 56(2)(vii), we could see that any sum of money or any property-in-kind received without consideration or for inadequate consideration by an individual or HUF is chargeable to income tax as IOS. The provision addresses deemed income received due to the transfer of property without consideration, like in the case of gift transfer. Such deemed income was taxed under the Gift-Tax Act, 19588. However, it was repealed, and to have a preventive measure against tax evasion in the guise of gifts transfer and prevention of money laundering, Section 56(2)(vii) in the form of an anti-abuse provision, was enacted.9

Further, recognising this anti-abuse nature of Sections 56(2)(vii)/(vii)(a) and broadening the scope of donee-based taxation of gifts or IOS, the Finance Bill, 201710 introduced Section 56(2)(x) to include any other assessee (other than an individual, HUF, a firm, or a company in certain cases) who receives a sum of money or property without consideration or for inadequate consideration.11

Furthermore, the Karnataka High Court, in the case of CIT v. Ranjan Pai when faced with a similar challenge, ruled in favour of the assessee, basing their verdict on the premise that there was no material evidence pertaining to the assessee’s intention of evading tax liability, which the Court considered as one of the primary objectives of enacting and levying tax under Section 56(2)(vii).12

When bonus shares are issued, the primary purpose is to incentivise the investor for their contribution. Even though these shares are allotted without any cash inflow or outflow, bonus shares are taxed at a later stage when the allottee transfer or sells these shares under the head “capital gains”.13 In this scenario, since there is no cost of acquisition, it is taken as nil14, and the full selling price is considered gains to compute capital gains tax.15 Hence, in a nutshell, tax is not evaded. It is only deferred to a later stage. Therefore, subjecting allotment of bonus share under Section 56(2)(vii) does not fit the purpose of enacting the said provision and thus, should not be taxed as such.

Similarly, the term “consideration” as used in Sections 56(2)(vii)/(vii)(a) is neither defined nor explained anywhere in the IT Act16. In the conventional sense, “consideration” refers to something done in place of or in return for something else,17 including any inconvenience or harm endured.18 The term “consideration” as used in Sections 56(2)(vii)/(vii)(a) might thus be interpreted to encompass the decrease in the fair market value of the shares previously held by such shareholders (as a detriment).19 Hence, it can be contended that the issuance of bonus shares is actually not bereft of any consideration and should be considered for tax purposes under Section 56.

Therefore, it can be construed that Section 56(2)(vii) does not warrant levying of tax on the allotment of bonus share. Various courts in India have made similar observations.

In 2014, the ITAT, Mumbai in Sudhir Menon v. CIT20, dealt with this issue of taxability of bonus share under Section 56. In this case, the taxpayer was offered proportional bonus shares with a face value of INR 100 each. Half of the shares were subscribed by the taxpayer, with the remaining shares being distributed to the other shareholders. The assessing officer used the shares’ year-end market value and treated the difference as insufficient compensation under Section 56 of the Income Tax Act because of the higher value.

The Tribunal determined that the issuance of bonus shares is a capitalisation of the company’s profit that does not result in an increase or decrease in a shareholder’s wealth or shareholding percentage. A bonus issue merely increases the market liquidity of shares, whereas a proportionate allotment does not affect shareholders. As a result, it is exempt from taxation under Section 56 of the Income Tax Act.

However, the Tribunal did rule that in the event of a disproportionate issue of bonus shares, where the value of the property being passed is greater than the value of his existing property, he may be subject to tax under Section 56.21

Following the above Tax Tribunal decisions, a similar case was appealed to the Karnataka High Court from the Bangalore ITAT.23 According to the ITAT, when a shareholder receives the bonus issue, there is a decrease in the overall value of the shares he owns, which is offset by the bonus issue shares. As a result, such an issue should not be taxed as “income from other sources”. The Income Tax Department then appealed the matter. The High Court upheld the ITAT ruling and reiterated that the allotment of bonus shares made on a pro rata basis could not attract tax liability under Section 56.

The Court determined that a company’s issuance of bonus shares is merely a reallocation of funds from its reserves to its capital. It does not result in an inflow or outflow of funds for the company. Furthermore, shareholders who receive such a pro rata allotment do not gain any benefit that can be taxed under Section 56.24 Hence, it is clear that the issuance of bonus shares shall not attract tax liability under Section 56.

When a company allot bonus shares, it does not change its capital structure.25 In other words, the issuance of bonus shares increases the number of shares accessible on the market but does not affect the total value of the company’s stock. Simply capitalising the reserves and transferring the numbers from the “reserves/surplus” column to the “share capital” column without actual cash inflow or outflow does not influence the company’s total net worth.

Neither does it increase or decrease the wealth of the shareholder. His shareholding remains unchanged. It is only that his existing shareholding further splits on a pro rata basis. There is no actual transfer of the property. Issuance of bonus shares only reduces the value of the shares of the existing shareholders proportionately.26 On the contrary, while selling these bonus shares, since the acquisition cost is taken nil, the entire selling price is considered as gains and is taxable at that stage.

In other words, allotment of bonus share does not attract tax liability under Section 56(2)(vii) as it does not match the purpose of enacting the said provision and following the interpretation of the term “consideration”, it further does not fulfil the criteria of levying tax under the said provision.

As a result, the author believes that the definition of “shares and securities” in Section 56(2)(vii) should be limited to those shares and securities that would otherwise command a price and whose absence is due to nefarious tax evasion motives, rather than bonus shares, which are supposed to be without any outflow by their very nature. Hence, the issuance of bonus shares does not attract tax liability under Section 56(2)(vii) of the Income Tax Act.

11. Memorandum Explaining the Provisions of the Finance Bill, 2017, at 22, <https://www.taxmann.com/bookstore/bookshop/bookfiles/samplechapterGTA.pdf> (last visited 8-6-2022). 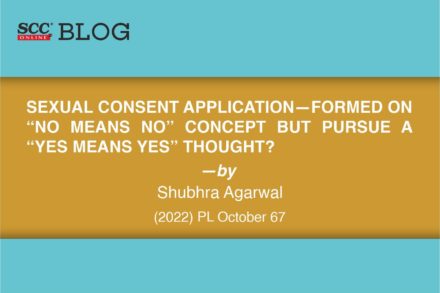 Sexual Consent Application—Formed on “No Means No” Concept But Pursue a “Yes Means Yes” Thought?

By Bhumika Indulia Published on November 13, 2022 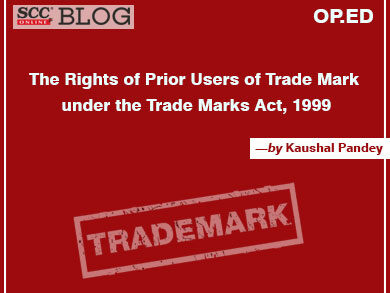 The Rights of Prior Users of Trade Mark under the Trade Marks Act, 1999 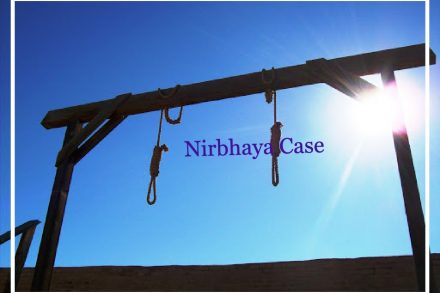