Madras High Court: B Pugalendhi J. allowed the family pension to be given to the daughter ‘petitioner’ arising out of the employment of her deceased mother. The family pension was rejected by The Senior Accounts Officer, Officer of the Principal Accountant General as she was already in receipt of Freedom Fighters’ Pension, thus making the total income above the eligible ceiling for granting family pension. The Court however held that freedom fighter pension is not considered as an income and hence not to be calculated for total income to deny family pension.

The petitioner is the unmarried daughter of a freedom fighter, namely, S. T. Sivasamy who was getting a freedom fighter’s pension. Her mother was a government servant and a pensioner too. After the death of the petitioner’s mother, father, was drawing the family pension arising out of the deceased mother’s employment. The petitioner started getting freedom fighter’s pension, after the death of the petitioner’s father and at present she is getting a sum of Rs.13,390/- as pension. She has also been sanctioned with family pension arising out of her mother’s employment and it was subsequently cancelled for the following three reasons:

The Court in light of the first two grounds of cancellation relied on judgments K Arumugam v. The Secretary to Government in 2006 SCC OnLine Mad 297 and Vellithyammal v. The Secretary to Government in WP (MD) No. 1457 of 2008, decided on 27-04-2009 to observe that the main objective of Freedom Fighters Pension Scheme (Swatantrata Sainik Samman Yojana) is to honour the services and the sacrifices rendered by the freedom fighters for the nation in the freedom struggle and also in recognition of the services and sacrifices and it is not a charity.

Thus, the first and second reason for denying the family pension to the petitioner cannot be sustained in the eyes of law.

In regard to the third reason regarding not permitting the grant of dual pension as per G.O.Ms.No.290 Public (Ex-Servicemen) Department dated 05-04-2017 is concerned, there is no such denial of grant of dual pension to the pensioner on perusal of the said government order. The Court however noted that, vide this government order, the government ordered for sanction of dual family pension to those families of Ex-Servicemen, who have been re-employed in civil (i.e.) State Government Service and earned a pension out of the re-employment prior to 01-04-2003 (i.e) before the introduction of Contributory Pension Scheme, in addition to Military Family Pension already drawn by them.

Thus, the Court is of the view that citing this government order can have no relevance to deny the family pension arising out the employment of the petitioner’s mother.

The Court directed the respondents to grant family pension to the petitioner arising out of the state government civil service of the petitioner’s deceased mother in addition to the freedom fighters’ pension within a period of eight weeks from the date of receipt of the order.

Mr. P Gunasekaran, Advocate, for the Respondents 1 and 2; 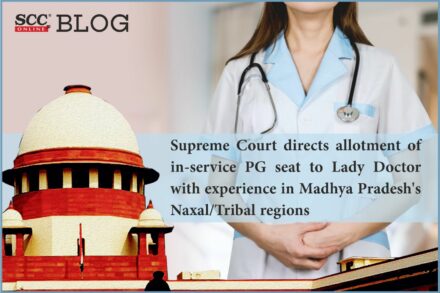 Can non-resistance by rape survivors be the ground for acquittal for the accused? Patna High Court decides

CCI: Penalty imposed on SALPG for abuse of dominant position for terminalling services at Visakhapatnam Port