Jade J. Lyngdoh is a National Law University, Jodhpur, honours candidate in constitutional law. Jade is a Facebook India Tech Scholars scholar, and as part of that programme, he is undertaking research on the intersection between freedom of expression and intermediary liability. He has also filed a public interest litigation before his home State’s High Court to challenge the State Government’s illegal use of COVID-19 contact tracing apps for violating citizens’ privacy. Jade has been interviewed by Nisha Gupta, EBC/SCC Online Student Ambassador who is currently pursuing her law from NLU Jodhpur.

1. Before I begin, the team at EBC-SCC Online extends warm greetings and welcomes you. It is indeed a privilege for me to interview you on behalf of the team for our readers. Before proceeding further with the interview, would you please take a moment to tell our readers about yourself?

My name is Jade Lyngdoh, and I am from Shillong, Meghalaya. Aside from work, I enjoy exploring new food and coffee, watching films and TV shows, and travelling. I am a huge fan of Anthony Bourdain. If you have not watched any of his work on TV, I strongly advise you to do so â€” there is so much we can learn from his shows.

2. You recently became a Facebook India Tech Scholar (FITS). Can you take us through the application procedure and tell us about how you landed this opportunity?

Yes, I was honoured to be chosen for the Facebook India Tech Scholars (FITS) program’s inaugural cohort. Eight scholars were chosen from four law schools in India for the inaugural 2021-2022 edition of the programme: NLSIU, NLUD, NUJS, and my university, NLUJ. When the initiative was announced, Meta and SAM, a law firm that is a knowledge partner of the programme, contacted our universities to invite students to apply. There were two steps to the selection process: the first was an essay-based round, followed by an interview round with the FITS Committee.

I would strongly encourage students to apply for future editions of the FITS programme. Students who intend on applying should generally aim to acquire an interest in topics of tech law and policy. It would be useful to have some experience working in the field, including with digital rights organisations, litigators specialising in digital rights, law firms or think tanks. By doing that, students cannot only learn a lot from their experience, but they can also contribute to some impactful work on issues which affect our society.

[Meta’s official press release about the programme can be found here.]

3. As a FITS scholar at NLUJ Jodhpur, what exactly does your work entail?

As part of the FITS program, each scholar is expected to work on a research paper which is based on a topic in the field of tech law and policy. Apart from this, scholars are also tasked with writing articles or making podcasts based on relevant areas of their research. Each scholar is placed under a think tank during the program, and the think tank acts as a mentoring institution for the scholar. This provides scholars an opportunity to be mentored by some of the leading folks in the tech law and policy in the region.

For the 2021-2022 edition of the FITS program, I have been placed under Software Freedom Law Center (SFLC.in). SFLC is an organisation which works on some incredible projects in support of digital rights, so it truly is an honour to be mentored by it.

4. Apart from being a FITS scholar, you have done multiple internships in the field of digital rights, very different from the usual corporate law pursuit. Can you tell us about them?

Yes, indeed. While in law school, I chose to work on projects that I suppose differ from those chosen by my peers on campus.

I have been fortunate enough to engage and work with people not only in the legal community, but also in civil society, academia, industry, and government. Among the numerous projects to which I have been able to contribute to, I could note my experience advocating against India’s disturbing trend of internet shutdowns. I have also had the chance to learn about the need for robust data protection legislations in the Asia-Pacific region. In addition to these, I was part of an excellent research team that helped me understand the impact of the misuse of laws to restrict media freedom. These have all had an influence on the person I am now, and I am thankful to have had these opportunities.

5. Your public interest litigation (PIL) in Meghalaya paved the way for change in your home State. Can you tell us about the filing, Jade Jeremiah Lyngdoh v. Union of India?

That is an incredibly generous statement.

Well, I filed the PIL (public interest litigation) before the High Court of Meghalaya during the height of the COVID-19 Pandemic. If one recalls, that was a time when we noticed authorities rushing to create contact tracing apps which supposedly allowed them to limit the spread of COVID-19.

At that point, the State Government took a decision to enforce mandatory contact tracing apps. That was concerning to me because the Government began these initiatives in the absence of a legal framework and without setting any data privacy protocols in place. Because of the serious risks these indicatives posed to our rights to privacy, I decided to file a PIL before the High Court.

In its final judgment, the High Court of Meghalaya held that data privacy safeguards were an essential condition, especially in instances where the State required us to use a particular mobile app. I believe the petition was successful because shortly after the petition was filed, the State came on record to note that it had stopped using the apps which the petition challenged. Regardless of that, the High Court directed the State Government to conduct a thorough investigation into the concerns which my petition outlined, so I believe it was a win for all of us. I must convey my gratitude to Mr Kaustav Paul (Senior Advocate) and his colleagues in Shillong for their efforts to assist me with the petition.

6. You were always inclined towards community rights and seem to have made the best use of your work in the privacy/tech field. Could you tell us more about your work?

In addition to raising concerns on the unlawful use of facial recognition, I have been able to work on documenting the extent of internet shutdowns in my State. By using requests filed under the Right to Information Act, we now understand that Meghalaya ordered six internet shutdowns since the Anuradha Bhasin1 judgment was rendered by the Indian Supreme Court in 2020.

When coupled with additional public data, we now understand that the internet was shut off 14 times in the State since 2015. If this figure is compared with those of other States in the region, it becomes clear that Meghalaya orders the most internet shutdowns in the North-East. In my opinion, this is an important reminder that authorities should not shut down the internet. These internet shutdowns have a huge impact on our human rights, and authorities can never justify such abuse.

7. Even as law student, you continue to write columns for Hindustan Times, The Telegraph, The Wire, etc. Can you tell us more about it?

Because I only started writing about a year ago, I may not be the ideal person to give advice on how to write columns. What I can tell you is that it is essential for lawyers to write more columns, particularly for a non-specialised readership. Far too often, the columns and blogs we write are overly complicated, making it impossible to reach a larger readership. We must aim to reduce legalese and make it easier for our communities to grasp the law and how it affects them.

8. Keeping in mind your academic background, what are your views on the concept of “exhaustion of a search”?

If I understand the term right, it might relate to a moment in research where a writer is unable to make further progress owing to a lack of primary or secondary data. As someone who is currently writing a research paper, my advice in such an instance would be to admit the limitations of research. As someone once said to me, writing does not necessarily have to be about expressing the right statements, it could also me about asking the right questions. 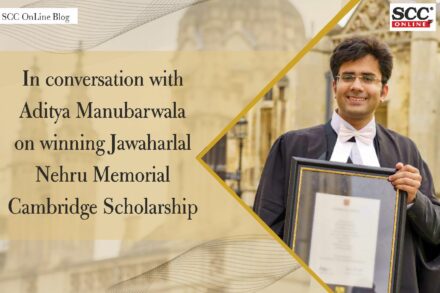 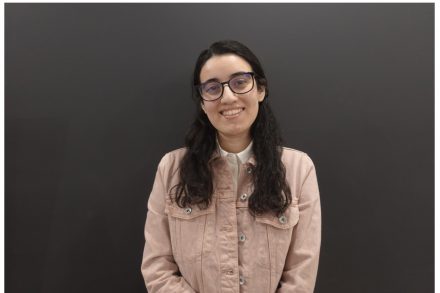 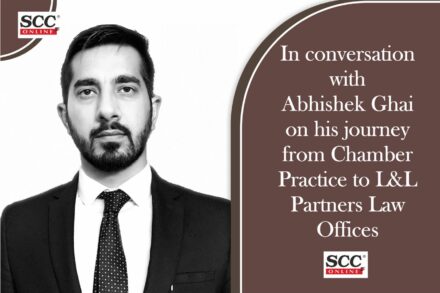