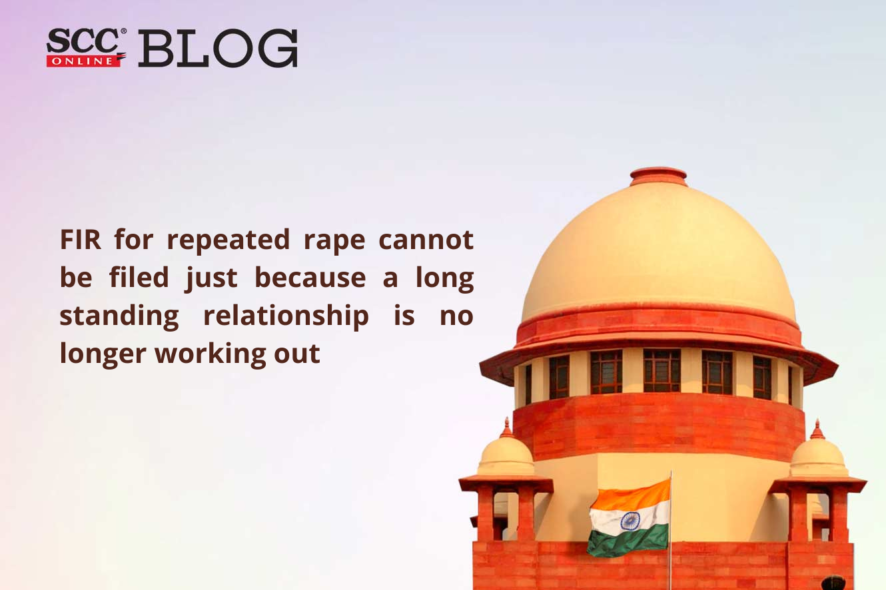 Supreme Court: The bench of Hemant Gupta and Vikram Nath, JJ has granted pre-arrest bail to a man in a case relating to the rape of the woman he had been in a relationship with for four years.

“… the complainant has willingly been staying with the appellant and had the relationship. Therefore, now if the relationship is not working out, the same cannot be a ground for lodging an FIR for the offence under Section 376(2)(n) IPC.”

The Court, hence, set aside the order of the Rajasthan High Court, and directed the applicant to be released on bail to the satisfaction of the competent authority

The Court, however, made clear that the observations made by it were only for the purposes of deciding the pre-arrest bail application and that the investigation shall proceed uninfluenced by them.

Significance of ‘sterling witness’ in a matter wherein a daughter alleges that her father raped her: Bom HC examines whether daughter’s evidence was of ‘sterling quality’ or not