Madhya Pradesh High Court: Anand Pathak, J. allowed a petition which was preferred under Section 482 of Code of Criminal Procedure seeking quashment of FIR registered against the petitioner and consequential  criminal proceedings for offence under Sections 376, 506 of Penal Code, 1860.

An FIR was registered by respondent 2/complainant/prosecutrix on 04-12-2019 who happened to be a lady aged 41 years against the petitioner, a male aged 55 years with the allegations that her husband Mukesh died in 1999 leaving two children and the petitioner induced her to marry so that he can maintain her children born out of first wedlock of prosecutrix and with that inducement he brought her to Bajranggarh and without her consent committed rape in the month of May, 2001 with her as a result whereof she became pregnant and out of such relation, one child was born. Thereafter petitioner used to have physical relationship with her continuously and when after four years she came back to Gwalior then also petitioner used to call her for intermittent payments towards her maintenance amount and used to commit rape and threatened her with dire consequences.

After investigation, charge-sheet was filed against the petitioner and trial was under consideration. Counsel for the petitioner submitted that from the very contents of FIR, improbable event has been conceptualized by prosecutrix and case suffered from vexatious litigation just to harass petitioner. He pointed out that it is highly improbable that she remained silent for such long years and after 18 years she raised her voice. He also pointed out that petitioner did not part his whole property in favour of prosecutrix, then these false allegations have been levelled.

The Court was of the opinion that when petitioner and prosecutrix lived together as a couple for 18 long years then after such lapse of time any allegation levelled by prosecutrix pales into oblivion because they are primarily motivated to exert pressure. Not only this, perusal of application under Section 125 of Cr.P.C. filed at the instance of respondent 2 further revealed that on the one hand she levelled the allegations that they lived in live-in relationship but now she made an application that they lived as married couple. Such divergent stand can only be availed of in case of misrepresentation of facts.

The Court after reiterating the different exigencies laid down under which interference under Section 482 of Cr.P.C. can be made in the case of State of Haryana v. Bhajan Lal, 1992 Supp (1) SCC 335 found that no offence is made out and perusal of charge-sheet and different statements further substantiates the arguments of petitioner. Besides that, it appears to be vexatious and frivolous litigation just to exert pressure over petitioner to extract money or an attempt made by prosecutrix to convert domestic dispute into criminal allegations. It would be miscarriage of justice if such false allegations are allowed to sustain and petitioner is unnecessarily dragged into litigation to defend himself.

The petition was allowed and the FIR was quashed. 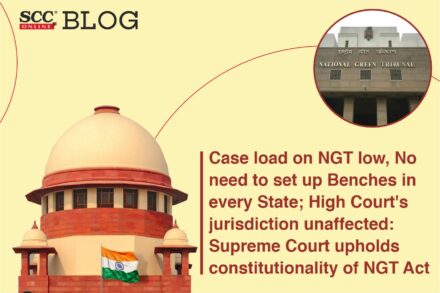 MP HC | Litigation in the Court is not a “game of chess”; Court dismisses appeal stating serious suppression of facts

‘DEVIN’ can be used as an EU trademark for mineral water: Court of Justice of the European Union