Introductory note — Tributes to late Shri. M.C. Bhandari — Chief Justice Kirpal’s contribution to the development of environmental law — Environment and its identified components — “Ecological balance” — Upset of “ecological balance” — Conservation and preservation of the environment is the need of the day — Reasons for environmental degradation — Different kinds of environmental pollution-Fundamental question before the world today — Worship of nature — Hymn in Rigveda quoted — Hindu religion’s respect for nature — Provisions in the Constitution of India for peaceful co-existence with nature — Arts. 48-A and 51-A(g) — Role of the Supreme Court in the protection of environment — Courts’ limitations — Public awareness suggested — Measures suggested to preserve environment

I am privileged to have this opportunity to preside over this function in the memory of late Shri Mahaveer Chand Bhandari, a highly respected personality of Jodhpur.

I never had the occasion to meet Shri Bhandari. However, during my stay in this city, I have been able to learn a lot about him. The legal fraternity in Jodhpur is full of praise for him, not only as a great lawyer, but as a great human being. It is a noble effort on the part of Justice Dalveer Bhandari to organize this function every year in the memory of his father.

We had the benefit of hearing a highly thought-provoking lecture of Hon’ble the Chief Justice of India, Mr Justice B.N. Kirpal. Chief Justice Kirpal’s contribution in the development of environmental law in this country has been tremendous. His has been a pioneering effort in this branch of law. I distinctly remember how from an early stage in his career as a Judge of the Delhi High Court he began this task. His Lordship’s judgments on environmental matters have demonstrated his concern for environmental protection. Be it control of air pollution, be it control of deforestation, be it cleaning of the rivers, be it cleaning of the cities, such missions have always been close to his heart and he achieved his objectives by ensuring strict compliance of judicial orders by the executive.

Environment is the outer physical and biological system in which man and other living objects survive. The main identified components of the environment are soil, water and air. These components of the environment keep on interacting with each other to maintain a mutual balance called “ecological balance”. The system as a whole sustains mankind. It is God’s gift to the living beings to enable them to live on this planet and lead a healthy life.

Scientific and technological advancement has given mankind a free hand in exploiting natural resources without having regard to ecological consideration. Industrialization and urbanization have led to uncontrolled deforestation. They have given rise to problems of insanitation, waste disposal, housing, availability of potable water, air pollution, acid rain. This has also resulted in “green house” effect and ozone depletions. There is adverse cumulative effect of all this on nature, the worst sufferers are the silent majority of animals on the earth and beneath, under the sea. The nuclear leak at Chernobyl and the Bhopal gas disaster are examples of man-made disasters.

The rapid increase in population and the accelerated rate of use of natural resources are leading to depletion of natural resources. Man has overdrawn from nature for satisfaction of his multifarious needs, desires and ambitions. Nature has lost its capacity for self-stabilisation.

Means and methods of environmental pollution are many and varied. Apart from the pollution of environment i.e. air, water and land, there is noise pollution. There is pollution by way of land erosion. There is pollution of food arising from use of drugs, hormones and pesticides. Air pollution is the single factor responsible for the death of millions of human beings around the world. It adversely affects animal life and vegetation. Chronic bronchitis, breathing problems, lung cancer, tuberculosis are results of exposure to air pollution. Water pollution is not confined to pollution of river waters. Even lakes are not spared. A lot of industrial waste and human waste is being discharged into lakes. Sea waters have to cope with pollution too. There are oil leaks into the sea from big oil carriers. Passenger ships dump leftover food and other wastes into the sea bed. This has led to tremendous damage to marine life.

Protection of the environment raises difficult and complex issues. Therefore, the fundamental question before the world today is whether we can allow this destruction of the environment to continue. The problem is not yet beyond control. Despite brutal exploitation of our environment by mankind, it is still possible to arrest the depletion by taking preventive measures.

We Indians are proud of our culture and heritage. Our scriptures taught us to worship nature. This shows a concern for the environment. Worship means acknowledgement of our dependence on the environment. Since the Vedic times, the main motto of social life was to live in harmony with nature. The following hymn is found in the Rigveda:

The Space as their Son;

The Universe consisting the Three,

Any kind of damage done to any

One of the Three, throws the Universe

Our ancient literature preached in one form or the other, a worshipful attitude towards plants, trees, mother earth, sky, air, water and animals and to keep a benevolent attitude towards them. It was regarded the sacred duty of every person to protect them. The Hindu religion enshrines respect for nature, environmental harmony and conservation. Therefore, trees, animals, hills, mountains, rivers are worshipped as symbols of reverence to these representatives of nature. Manu Smriti prescribed various punishments for destroying trees and plants. Charak Samhita considered the destruction of forests as the most dangerous act against humanity. Non-violence, truth, respect and love for other living beings are the basic tenets of our religion.

The philosophy of peaceful coexistence with nature found its way in our Constitution also. The following articles — Articles 48-A and 51-A — relating to environmental issues were incorporated in the Constitution:

“48-A. The State shall endeavour to protect and improve the environment and to safeguard the forests and wildlife of the country.

51-A. It shall be the duty of every citizen of India—

(g) to protect and improve the natural environment including forests, lakes, rivers and wildlife, and to have compassion for living creatures;”

Our Supreme Court has evolved principles of great importance which provide guidance for deciding complex environmental issues. Parliament has enacted laws, needed for implementing decisions of the United Nations’ Conference on Human Environment which called upon the nations of the world to take appropriate steps for the protection and improvement of the human environment.

The judiciary has done its best in ensuring environmental protection. The Apex Court took many unpopular decisions which have proved beneficial in the long run. Judicial directions in matters like pollution of our holy rivers, the Ganges and the Yamuna, pollution of underground water, choking of Delhi, Calcutta and other metros due to air pollution, protection of national historical monuments like the Taj Mahal, have rendered great service to humanity. Seeds have been planted, path has been shown, direction has been given. However, our law enforcement has yet to catch up with these efforts. Law cannot reach where enforcement cannot follow. Without proper enforcement of laws our court orders will not be able to achieve desired results.

Courts have their own limitations. They can normally respond through cases that come before them. They cannot effect systematic changes in environmental conditions. Public interest litigation by individual enthusiasts and the NGOs has helped in protection of the environment. However, this effort is not sufficient to check the deteriorating environmental conditions. Awakening the public towards their right to live in a pollution-free environment is more essential. Public awareness alone can achieve desired results. Solution to environmental problems lies in our hands. No amount of effort on the part of the State or other agencies will be able to tackle the problems. Citizens have to rise to the occasion.

We need to generate among the citizens a feeling of responsibility for preserving and creating a liveable environment. Public participation in  implementation of environment protection programmes is to be encouraged. Environment as a subject should be made compulsory at all levels in teaching right from primary level up to the university level. Education and awareness campaigns have to be conducted through the media. We cannot continue to be complacent. Unless drastic efforts are made, planet earth will be rendered uninhabitable. 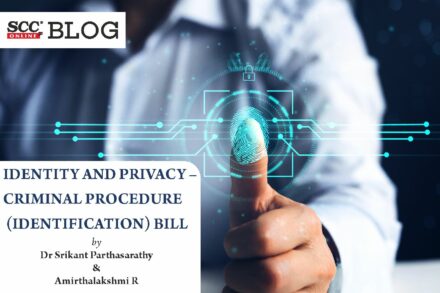 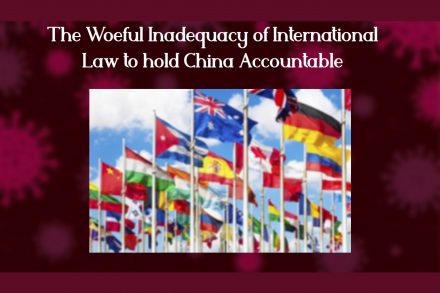 The Woeful Inadequacy of International Law to hold China Accountable