Supreme Court: The Division Bench of M.R. Shah* and B.V. Nagarathna, JJ., affirmed impugned judgment of the Gauhati High Court whereby the High Court had reversed the findings of the Single judge who had interfered with the order of disciplinary authority and remanded the matter for re-consideration.

The Court held that punishment/penalty to be imposed on a particular employee depends upon various factors, like the position of the employee in the department, role attributed to him and the nature of allegations against him. The Court opined,

The petitioner-appellant was serving as a Head Constable (Ministerial) in Sashastra Seema Bal (SSB) when he was charged with violation of good order and discipline under Section 43 of the Shashastra Seema Bal Act, 2007, for having entered the Mahila Barrack of the Battalion at around 00:15 hours. Resultantly, the petitioner-appellant was charged for compromising the security of the occupants of the Mahila Barrack. The Summary Force Court (SFC) found him guilty of the charges and initially ordered for his dismissal but subsequently, converted the pentaly to ‘removal from service’.

The Single Judge interfered with the order of punishment imposed by the disciplinary authority of ‘removal from service’ solely on the ground that female constable, Rupasi Barman, who allowed the entry of the delinquent during her sentry duty, was inflicted a lesser penalty – forfeiture of two years seniority in the rank of constable and also forfeiture of two years’ service for the purpose of promotion only. Whereas the petitioner-appellant was inflicted the punishment of ‘removal from service’, which was disproportionate.

“He entered the Mahila Barrack in the midnight at around 00:15 hours, may be to meet his alleged friend Rupasi Barman, but such an indisciplined conduct leading to compromising the security of the occupants of the Mahila Barrack cannot be tolerated.”

Relying on the decision in Union of India v. Diler Singh, (2016) 13 SCC 71, the Court held that a member of the disciplined force is expected to follow the rules, have control over his mind and passion, guard his instincts and feelings and not allow his feelings to fly in a fancy. Observing that the nature of misconduct proved against the petitioner-appellant was unpardonable, the Court opined that when the disciplinary authority considered it appropriate to punish him with the penalty of ‘removal from service’, which was confirmed by the appellate authority, thereafter it was not open for the Single Judge to interfere with the order of punishment. The Court noted,

In the backdrop of above, the Court opined,

“The misconduct of entering the Mahila Barrack of the Battalion in the midnight is more serious when committed by a male Head Constable. Therefore, the learned Single Judge committed a grave error in comparing the case of female constable with that of the appellant – delinquent, male Head Constable.”

Hence, the appeal was dismissed and the order of the Division Bench of the High Court was upheld.

For the Petitioner-appellant: Ankita Patnaik, Advocate

For the Respondent: Vaishali Verma, Advocate 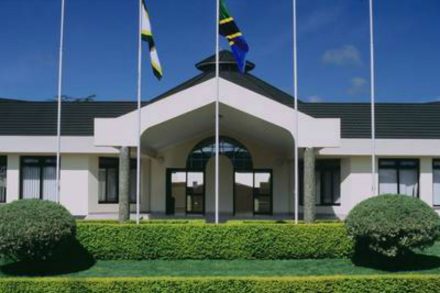 Application to annul sentence and release applicant from prison not granted where applicant alleged for rape: African Court on Human and Peoples’ Rights

Lok Aayog’s role held to be purely advisory/recommendatory, not empowered to issue/enforce any order