In a widely reported ruling, the Supreme Court of India has expressed its opinion on the controversy relating to reassessment proceeding under the new provisions introduced in the income tax law. The ruling in Union of India v. Ashish Agarwal[1] is significant from various perspectives. However, there are certain aspects of the ruling which require a deeper dissection as it appears to be at divergence with various related and allied variables. This post attempts to bring the issue in perspective.

A fiscal law provides for a mechanism for ascertainment of tax liability. Such mechanism is referred to as “assessment”. The mechanics for assessment vary depending upon the tax law concerned. For illustration, under most indirect tax laws in India assessment is concluded by way of self-assessment i.e. it is the obligation of the taxpayer to carry out the assessment. Conversely, under the income tax law, it is the tax officer who frames the assessment.

In addition to the assessment, the tax law also provides for “reassessment” i.e. a situation wherein a concluded assessment can be reopened and the tax liability of the taxpayer concerned is redetermined. By its very nature, therefore, reassessment is detrimental to the taxpayer because it implies that its concluded assessment is revisited (after a few or many years) which results in increase in tax liability, besides which, ordinarily, penal consequences follow.

The Income Tax Act, 1961 provides for detailed provisions governing reassessment. The relevant provisions provide for limitation, procedural stipulations and substantive rights of the taxpayers, etc. They form a conjoint code as reassessment is a substantive section of the tax law. It is therefore not surprising that reassessment is often mired in disputes and results into litigation. In order to streamline the procedure and protect the taxpayer from the vagaries of reassessment, often the judiciary also intervenes and frames substantive or procedural safeguards which are read alongside the statutory provisions.[3]

In order to address the growing number of disputes on account of challenges to reassessment, the provisions governing reassessment under the Income Tax Act were substantially modified by way of amendments through Finance Act, 2021. The new provisions came into effect from 1-4-2021. Under the new provisions, it was incumbent upon the tax officers to carry out additional enquiries than in comparison with the earlier law, besides which certain procedural safeguards and substantive rights of the taxpayers were introduced in the amended law, subject to which alone reassessment could be carried out.

While these changes were underway, the country was reeling under the devastating impact of COVID-19. In order to address the various restrictions which had been imposed by the Governments to arrest the spread of the pandemic, certain relaxations were made in different laws. One of the relaxations was under the tax laws in terms of which certain deadlines were extended by the Government to address practical exigencies. In fact, the Government had specifically issued a notification extending the timeline for reassessment under the old law which overlapped with the 2021 reassessment law. Thus, the implementation of the new reassessment provisions coincided with the extended timelines under the COVID-19 protocols.

Considering that the reassessment notices issued after 1-4-2021 were invalid as they were issued without complying with the amended provisions, such notices were challenged before High Courts by the taxpayers across the country. The Chhattisgarh High Court upheld the notices for reassessment issued after 1-4-2021 but under the unamended law.[4] However, many other High Courts concluded that indeed there were defects in these notices insofar as the mandatory compliance with the 2021 law was not affected. As a consequence these High Courts quashed the reassessment proceedings.[5]

The most crucial past of this ruling is that the Supreme Court invoked its extraordinary power under Article 142 of the Constitution to hold that its directions “shall govern, not only the impugned judgments and orders … but shall also be made applicable in respect of the similar judgments and orders passed by various High Courts across the country and therefore the present order shall be applicable to PAN India”. In addition, the Supreme Court extended its order to hold that it “shall also govern the pending writ petitions, pending before various High Courts in which similar notices under Section 148 of the Act issued after 1-4-2021 are under challenge”.

The decision of the Supreme Court raises more questions then in answers. Some of these questions are enlisted here, with the fervent hope that these would be addressed in near future given that these unsettle the jurisprudence in ways more than one:

(b) This reasoning is directly at odds with the time tested restatement of law by Rowlett, J. in Cape Brandy Syndicate v. IRC[8]. For illustration, see Polestar Electronic (P) Ltd. v. CST[9] the Supreme Court inter alia observed as under:

(c) Thirdly, the reasoning is also contrary to the principle of “fairness” which has been declared by a unanimous five-Judge Bench of the Supreme Court as the parameter for interpretation of fiscal statues. In CIT v. Vatika Township (P) Ltd.,[11] it was inter alia observed as under:

41.2. At the same time, it is also mandated that there cannot be imposition of any tax without the authority of law. Such a law has to be unambiguous and should prescribe the liability to pay taxes in clear terms. If the provision concerned of the taxing statute is ambiguous and vague and is susceptible to two interpretations, the interpretation which favours the subjects, as against the Revenue, has to be preferred. This is a well-established principle of statutory interpretation, to help finding out as to whether particular category of assessee is to pay a particular tax or not. No doubt, with the application of this principle, the courts make endeavour to find out the intention of the legislature. At the same time, this very principle is based on “fairness” doctrine as it lays down that if it is not very clear from the provisions of the Act as to whether the particular tax is to be levied to a particular class of persons or not, the subject should not be fastened with any liability to pay tax. This principle also acts as a balancing factor between the two jurisprudential theories of justice — Libertarian theory on the one hand and Kantian theory along with Egalitarian theory propounded by John Rawls on the other hand.

(d) The Supreme Court has in any case categorically confirmed that the burden is always upon the Tax Department in a contest against the taxpayer excepting for one situation wherein the taxpayer claims a tax exemption.[12] Thus, there is no room for improving the case for the Revenue which cannot be sustained by a plain reading of the statute.

(e) Most critically, the judgment appears to violate a sacrosanct constitutional stipulation that there can be no levy or collection of tax without the authority of law.[13] Thus, in the absence of a valid law, no amount of legislative intent or purported objective can come to Revenue’s aid to the detriment of the citizens.

(a) It is the well settled in the realm that “ignorance of law is no defence”. Thus, it is no excuse that the Income Tax Department was under a “genuine doubt” that the law was not in force.

(b) At worse, with a maze of legislations, rules, notifications, etc. which tax laws encompass, being unaware of the law being enforceable may be available as a defence to a common citizen. At any rate, however, it cannot be a defence to those who themselves have the responsibility to notify, enforce and administer the law. It is ironical that the officers of the Government of India, who themselves notified the law, pleaded that they were unaware that it was in force.

(c) Even if the argument of the officers of the Government is taken at face value that there was a “genuine non-application of the amendments”, it still does not absolve them of the consequences which fell from their actions. Ignorance of law can be pleaded as only a ground to mitigate the penal consequences flowing from the infraction of the law. It cannot, at any rate, make the actions valid. Sustaining such actions amount to tolerating illegal acts.

(d) Applying the argument in reverse, had a taxpayer contended that it failed to pay the tax owing to genuine belief that the law was not applicable, what would have been the consequence? May be the courts would grant indulgence and injunct the invocation of penal provisions. But could the taxpayer be allowed not to pay the tax on such ground? One wonders.

(a) In the past the Supreme Court has asserted that:

(b) However, a question will nonetheless persist as to the propriety of the need to invoke Article 142 in the instant case. This is neither the first time nor possibly the last time where the High Court has opined that a tax law would not apply owing to failure of the tax officer to apply the law correctly. Would this order, therefore, become a precedent wherein the tax officers cite their “genuine failure” to apply the law correctly so as to obtain remedy under the constitutional powers of the Supreme Court?

(c) Furthermore, the Supreme Court itself in the past itself has observed that:

(d) Most crucially, the order does not address the balancing role which is the core test for application of Article 142 as it requires passing of an order “necessary for doing complete justice”. Even if the stand of the tax officers is taken at their face value, “complete justice” clearly requires balancing the interests of the taxpayers too. However, the Supreme Court has “dispensed with” the obligation of the tax officers to undertake an inquiry which was a condition precedent for the initiation of the reassessment proceedings. Thus, by way of this order, a valuable legal right of the taxpayers has been waived by the Supreme Court, despite the fact that the legislature intended to confer such right upon the taxpayer.

(e) A larger question remains as to the parameters of “justice” in Article 142. Does Government’s failure to understand the law or apply it incorrectly automatically leads to injustice which requires course-correction by the Supreme Court? Is the fact that a large number of tax proceedings get invalidated which applies as a criteria for “justice” under Article 142? By applying converse reasoning, when does the taxpayer get the entitlement to request invocation of Article 142? There are only few of the many questions which require answers, which no doubt will test Supreme Court’s limits to invoking Article 142 in future.

To conclude, this ruling results into multiple complex legal issues, the quelling of which is bound to intensively engage the Supreme Court in near future. One would hope that the answers are imminent or else a muddling of settled jurisprudence may be the only outcome.

[2] For an earlier background, see, Tarun Jain, “Judicial Slugfest on Applicability of New Provisions for Reopening of Assessments under Income Tax Law: An Overview” HERE . 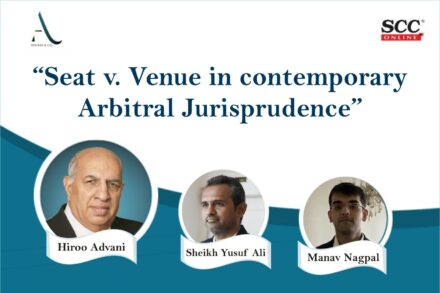 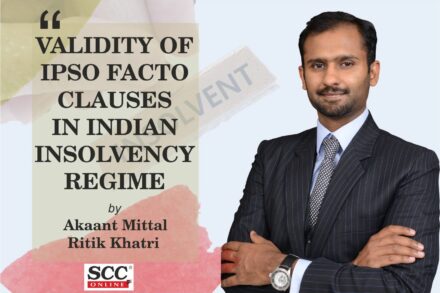