SCC Online Weekly Rewind Episode 56 ft. Nilufer Bhateja, Associate Editor is out now. The written episode along with the video episode can be watched and read below.

Amendments to the provisions of the Foreign Contribution (Regulation) Act, 2010 upheld

The Supreme Court has upheld the validity of the amendments to the provisions of the Foreign Contribution (Regulation) Act, 2010 vide the Foreign Contribution (Regulation) Amendment Act, 2020. The amendments were challenged for being manifestly arbitrary, unreasonable and impinging upon the fundamental rights guaranteed to the NGOs under Articles 14, 19 and 21 of the Constitution.

The Court, however, was of the opinion that receiving foreign donation cannot be an absolute or even a vested right. By its very expression, it is a reflection on the constitutional morality of the nation as a whole being incapable of looking after its own needs and problems.

Asking the question that “in normal times”, why developing or developed countries would need foreign contribution to cater to their own needs and aspirations, the Court observed that the aspirations of any country cannot be fulfilled on the hope of foreign donation, but by firm and resolute approach of its own citizens to achieve the goal by sheer dint of their hard work and industry.

In a case where the Supreme Court was posed with the question as to whether the State can, merely on the ground of delay and laches, evade its legal responsibility towards those from whom private property has been expropriated, answering in negative, the bench held that the State cannot shield itself behind the ground of delay and laches as there cannot be a ‘limitation’ to doing justice.

The State of Himachal Pradesh utilised the subject land and adjoining lands for the construction of the ‘Narag Fagla Road’ in 1972-73, but allegedly no land acquisition proceedings were initiated, nor compensation given to the appellants or owners of the adjoining land.

The Court noticed that the State had, in a clandestine and arbitrary manner, actively tried to limit disbursal of compensation as required by law, only to those for which it was specifically prodded by the courts, rather than to all those who are entitled. Hence, the Court not only directed the State to pay compensation to the said landowners but also imposed cost on the State.

In another case, the Supreme Court has held that whether corporate death of an entity upon amalgamation per se invalidates a tax assessment order ordinarily cannot be determined on a bare application of Section 481 of the Companies Act, 1956 (and its equivalent in the 2013 Act), but would depend on the terms of the amalgamation and the facts of each case.

Law Officers perform their duties without profit motive and with a service mentality for a nominal fee as compared to their lucrative private practice: Madras HC

Expressing that, Legal profession is a noble profession, and it is the lawyer, who plays a predominant role in securing every citizen’s life and personal liberty fundamental and statutory rights ensured by the Constitution, Madras High Court, observed that, Law Officers perform their duties without profit motive and with a service mentality for a nominal fee as compared to their lucrative private practice.

“Once you accept to defend the Government or its agencies, you cannot complain of the poor and nominal fee paid by them, for, the Government is for the people and it is not destined to make profit, but to serve the people.”

With regard to the legal profession being a noble profession, the Court expressed that, when a lawyer for an individual client fight for the life and liberty of his client, the Law Officers of the State are cast with onerous responsibilities to strike a balance of individual and fellow citizens rights along with State, its policies, welfare schemes, etc.

Do Family Courts have to remain as a neutral umpire of the real dispute between the parties? Ker HC decides

Expressing that, Family Court has been functioning in like manner of an ordinary Civil Court, the Division Bench of Kerala High Court, remarked that, family courts have to be impartial or neutral.

Kerala High Court noted that, the sad plight of the functioning of the Family Court often is portrayed before High Court by challenging the orders invoking Article 227 of the Constitution. Further, the Court stated that the purpose of restricting the challenge to the final order has been lost as the Family Court is more engrossed in passing interim orders focusing on rights, obligations or disputes rather than focusing on the parties before them.

Whether power of Maintenance Tribunal under Senior Citizen Act is circumscribed to ordering of monthly allowance? Ker HC elaborates

Expressing that, “To care for those who once cared for us is one of the biggest honours.”, Kerala High Court in a matter wherein a senior citizen approached the Court with her grievance with respect to her son, observed that,

“When the Senior Citizen or parent who has earnings makes an application to the Maintenance Tribunal contending that her right to earning is obstructed by the son who has statutory obligation to maintain the parent, the Maintenance Tribunal has to ensure that the Senior Citizen or parent is able to maintain herself from her earnings.”

Whether husband is entitled to claim alimony under Section 25 of the Hindu Marriage Act, 1955? Bom HC decides

Bharati Dangre, J., held that provision of maintenance/permanent alimony being a beneficial provision for the indigent spouse, Section 25 can be invoked by either of the spouse, where a decree of any kind governed by Sections 9 to 13 has been passed and marriage tie is broken, disrupted or adversely affected by such decree of the court.

On April 04, 2022, the Central Government has notified the Drugs (4th Amendment) Rules, 2022 to further amend the Drugs Rules, 1945. The amendment modifies the time period  for the application of renewal of license and provides that it must be made within 18 months of expiry.

The Central Government has notified Companies (Management and Administration) Amendment Rules, 2022 to amend the Companies (Management and Administration) Rules, 2014. The amendment inserts a proviso in Rule 14 which deals with Inspection of registers, returns. The proviso states a list of particulars of the register or index or return in respect of the members of a company shall not be made available for any inspection.

On April 05, 2022, the Central Board Of Direct Taxes (CBDT) has issued the e-Dispute Resolution Scheme, 2022 by the Dispute Resolution Committee on applications made for dispute resolution under Chapter XIX-AA of the Act in respect of dispute arising from any variation in the specified order by such persons or class of persons, as may be specified by the Board.

On 5th April, 2022, Ministry of Finance notified Income Tax (7th Amendment) Rules, 2022. The Central Board of Direct Taxes (CBDT) with the new financial year aims to bring more transparency in tax payments and returns by reducing disputes between officials /authorities and taxpayers. These rules will be made applicable with immediate effect.

The Central Board of Direct Taxes notified amendment to Income Tax Rules,1961 through Income-tax (6th Amendment), Rules, 2022. This amendment aims to tax incomes from retirement benefit account from 1st April, 2022.

On 30th March, Central Government passed Finance Act, 2022 for the financial year 2022-2023. The Act will be effective from 1st April. The Government adopts the various changes in direct and indirect taxes. It also introduces Virtual Digital Asset (VDA) as a taxable asset under Income Tax Act, 1961. The Act modifies Income Tax Act to provide relief to disable persons by paying annuity or lump sum amount for the benefit of a dependant. 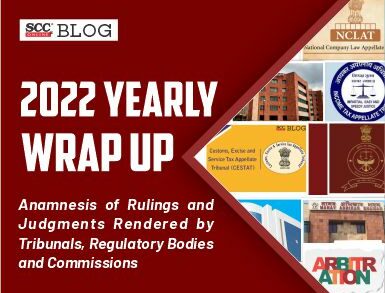 2022 Yearly Wrap Up | Anamnesis of Rulings and Judgments Rendered by Tribunals, Regulatory Bodies and Commissions 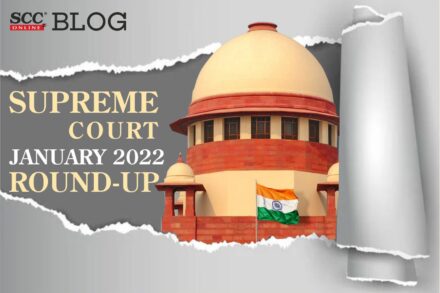 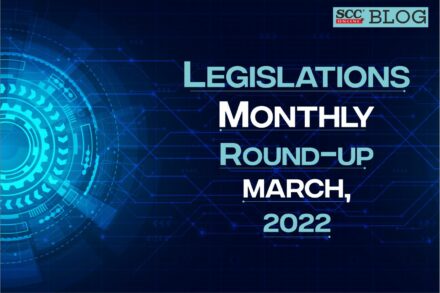