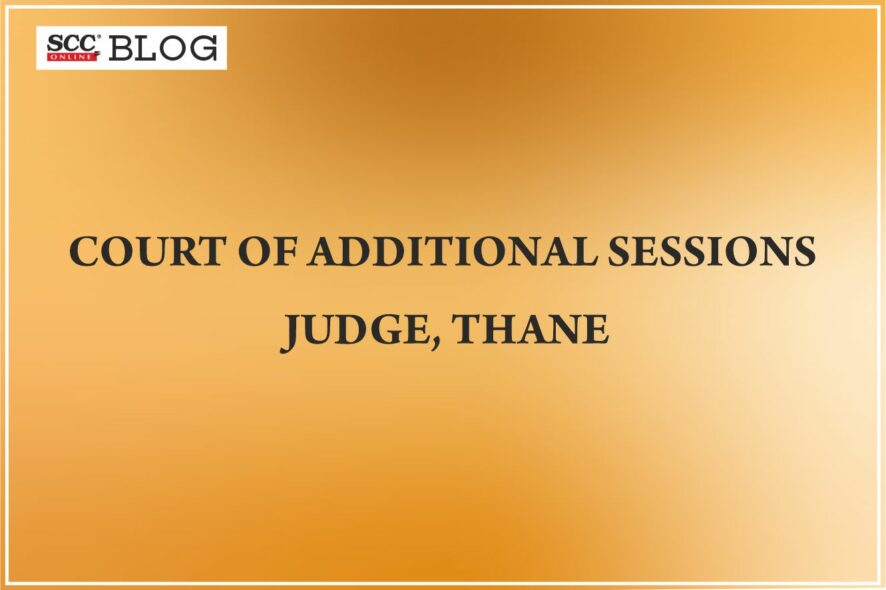 Court of Additional Sessions Judge, Thane: Noting the fact that a man suppressed the material fact of his private life before marriage i.e., about him being a homosexual, Rajesh S. Gupta, J., found that, the whole life of a young girl had been spoiled due to the material suppression, if the same would have been shared prior to the marriage then the consequence would be different.

In the present matter, the applicant/accused had preferred anticipatory bail for the offences punishable under Sections 420, 465, 467, 468, and 506 of IPC.

During the period of marriage, the applicant/accused was working and earning around Rs 8 lakh per annum and as there were bright chances of increments in near future, de facto complainant accepted and agreed to the job profile of the applicant/accused and marriage was performed by mutual consent.

It was submitted that only with the intent to put the applicant/accused behind the bar, a false complaint was lodged.

On the other hand, APP submitted that there were specific allegations that the applicant/accused suppressed the material facts before the marriage as he being gay and indulged in homosexuality and thereby committed cheating and played fraud in the complainant and had ruined the life and future of the complainant and was not interested in the opposite sex.

IO submitted that there were chat messages between the applicant/accused and his other male partners which clearly indicated that the accused/applicant was interested in same-sex.

Original complainant submitted that the applicant by suppressing the incriminating facts before the marriage was only interested in financial assistance from the parent of the de facto complainant.

“It is consciously taken note Hindu Marriage is a religious sacrament in which a man and a woman are bound in permanent relationship for a physical, social and spiritual purpose of Dharma, procreation and sexual pleasure.”

Court noted the allegation regarding the bogus job offer of the applicant/accused, further, it was also noted that the accused/applicant was indulging in telephonic sex with his male partners, which revealed that he was gay and interested in homosexuality, hence till date, he did not consummate a marriage with the de facto complainant and disinterested in the opposite sex.

Prima Facie it appeared that the applicant/accused had suppressed the material fact of his private life before marriage and thereby caused a wrongful loss to the parent and the complainant.

No doubt, every individual has its dignity to live in the society. No other person can interfere into lifestyle but that does not mean that a person gets liberty to spoil the life of either of spouse.

Additionally, the Court remarked that the damage caused to the de facto complainant was irreparable and could not be compensated in money.

Lastly, concluding the matter, Court observed that if released on bail, the applicant/accused will tamper with the evidence, hence no case of pre-arrest bail was made out. [Rohan Pradeep Shinde v. State of Maharashtra, 2022 SCC OnLine Dis Crt (Bom) 7, decided on 5-4-2022]

Shri. V. A. Kulkarni for the respondent.

Del HC | Husband is bound to compensate wife who, after spending on children, may hardly be left with anything to maintain herself

Person holds graduation/B.Ed. degrees but gets temporarily appointed initially. Another obtains degrees after appointment. Who can claim seniority? SC answers