The Code of Criminal Procedure[1] now has a new leg to stand on[2]. Bill 93 of  2022 intends to entirely replace the existing “Identification of Prisoners Act, 1920”[3]. The Bill as it stands on the day of presentation to Parliament, gives the enabling provisions in Section 3(c) as produced below, which poses a particular conundrum:

“Any person, who has been, … or (c) arrested in connection with an offence punishable under any law for the time being in force or detained under any preventive detention law, shall, if so required, allow his measurement to be taken by a police officer or a prison officer in such manner as may be prescribed by the Central Government or the State Government:”

This poses a two-pronged conundrum, each considered individually or even if they were to be ascertained collectively:

(1) The emphasis is on “any person”, mentioned in Section 3(c) of the Bill intends to cover any person irrespective of the acquittal or conviction. This contrasts with “the Identification of Prisoners Act, 1920″ which intended to cover only convicts or persons falling under the erstwhile Section 118 of the Code of Criminal Procedure, 1898[4].

This poses a constitutional issue and derogation of the established jurisprudence in criminal law that any person is reasonably assumed to be innocent until convicted. This has not only been found in the “Universal Declaration of Human Rights”[5] (UDHR), the Supreme Court of United States’ jurisprudence on the “Coffin case“[6] and the contemporary Indian jurisprudence which reiterated in numerous instances including Rajesh Prasad v. State of Bihar[7].

(2) “Arrested under any law” apropos is an event which is pre-trial and not adjudicated. Technically, a person could be arrested under any law and discharged without a conviction. This could very well be an error in the arrest procedure as established in Section 41[8] of the Code of Criminal Procedure. This was analysed in Roshan Beevi v. Govt. of T.N.[9] The obligation in this proposed Bill, is being cast on the person to prove that their “measurement” should not be taken.

This effectively enables a police officer relying on Sections 53[10] and 53-A[11] of the Code of Criminal Procedure to obtain not only photograph but history of behaviour of the person. Section 2(b)[12] of the proposed Bill defines measurement as:

“‘measurements’ includes finger impressions, palm print impressions, footprint impressions, photographs, iris and retina scan, physical, biological samples and their analysis, behavioural attributes including signatures, handwriting or any other examination referred to in Section 53 or Section 53-A of the Code of Criminal Procedure, 1973;”

Comparing this to the definition of measurement, as seen in the Oxford Dictionary as “a unit used for stating the size, quantity or degree of something, a system, or a scale of these units, weights and measures”, one can reasonably comprehend the conundrum of why the term “measurement” was used in the Bill.

The intention of the Criminal Procedure Code to be updated with this, as proposed by the Bill, is to enable the National Crime Bureau to effectively store and retain the records and for 75 years as can be seen in Section 4(2) of the proposed Bill[13]. This is a glaring view and points to the International Covenant on Civil and Political Rights[14], which proposes in Article 17[15] that “No one shall be subjected to arbitrary or unlawful interference with his privacy, family, home or correspondence, nor to unlawful attacks on his honour and reputation”. India is party to the covenant. A further reading into the Criminal Procedure (Identification) Bill and especially the proviso to Section 4(2) states that the person, for the purposes of deleting their record and consequently being subjected to this “measurement” process must “exhaust all remedies” of trial before seeking protection from the inapplicability of this “measurement” by the police. This too is caveated by the provision that the Magistrate has to satisfy himself to that effect. As if this did not have enough teeth, if one looks at Section 6(2)[16] of the Bill which makes resistance to such measurement an offence, the law enforcement itself would be puzzled by the inherent self-defeat of the Bill. To hypothesise the scenario, by resisting to take measurement under the fundamental rights of the Constitution[17], one may commit an offence under this Bill and thereby resulting in a reasonable claim by law enforcement that they should be subjected to “measurement”.  This unambiguously casts the obligation on the accused or arrestee to present beyond reasonable doubt, their case that they have exhausted all remedies. This, again, is derogating the established criminal jurisprudence that the person accusing must prove beyond reasonable doubt and not the person accused.

Turning to international norms, it is an established principle under international law that right to privacy is a jus cogens or pre-emptory norm. It cannot be derogated by any legislation and an actionable claim lies against it. Surveillance, as it stands now, is limited to the Telegraph Act, 1885[18] and the Information Technology Act, 2000[19]. However, this is limited to the online/cyber infrastructure. Insofar as the Criminal Procedure (Identification) Bill which has been tabled, the concept of surveillance has gained wider ambit as compared to the law that it intends to replace i.e. the Identification of Prisoners Act, which restricted itself to convicts and preventive detainees.

The Magistrate Courts (lower judiciary) are already burdened with a host of criminal cases coupled with the fact that the number of Public Prosecutors available are fifty per cent of the capacity. Adding to their burden, is the administration of this enabling provision in the Bill, in which the Magistrate must make a determination on a case-by-case basis.

This neither stands the test of the Constitution of India nor the international covenants. Another question before the law enforcement is the territorial reach of the law insofar as convicts who have been released after their sentence and perhaps residing in another country. The law is ambiguous on the extent to which the law enforcement can reach to take the “measurement” of the person. Adding to the intrigue is the provision of “measurement” which has to be taken and preserved for 75 years in Section 4(2). The length of the preservation of records and intent is unclear. To contextualise, various High Courts in India preserve their records for 30 years. The period of limitation for a criminal case is infinite for serious offences but has been prescribed between 6 months to 3 years for certain offences. In this instance, the evidence that could be adduced for an offence, including behavioural pattern of an arrestee has been given the high latitude of 75 years. This is more or less the average life span of a person in India.

This said, the obligation now, is on the municipal jurisdictions i.e. the High Courts and the Magistrate Courts to amend their manuals to accommodate this. The obligation is also cast on the States to enact a supplementary law in their own “Police Act”. While all of this is being done, the fundamental test of this law is awaiting at the corridors of the Supreme Court of India and in International Court of Justice.

* Professor of International Law and an alumnus of The Hague Academy, Netherlands. Author can be reached at casrikantparth@gmail.com. 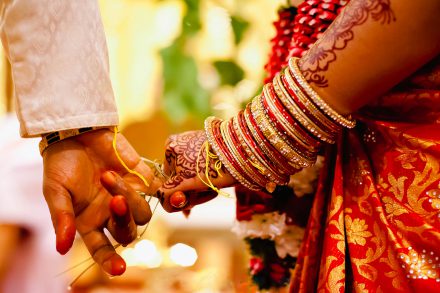 An Analysis of the Procedure for Appointment of Delegates under the Parsi Marriage and Divorce Act, 1936 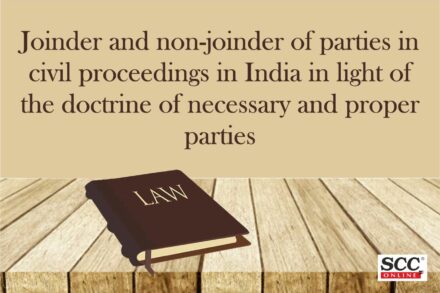