Supreme Court: In a case where the Karnataka High Court had reversed the judgment of Karnataka Administrative Tribunal directing compulsory retirement of a Government Servant after being found guilty of bribery, the bench of Dr. DY Chandrachud* and Surya Kant, JJ has held that acquittal of a person in the course of the criminal trial does not impinge upon the authority of the disciplinary authority or the finding of misconduct in the disciplinary proceeding.

The principles which govern a disciplinary enquiry are distinct from those which apply to a criminal trial. In a prosecution for an offence punishable under the criminal law, the burden lies on the prosecution to establish the ingredients of the offence beyond reasonable doubt. The accused is entitled to a presumption of innocence. The purpose of a disciplinary proceeding by an employer is to enquire into an allegation of misconduct by an employee which results in a violation of the service rules governing the relationship of employment. Unlike a criminal prosecution where the charge has to be established beyond reasonable doubt, in a disciplinary proceeding, a charge of misconduct has to be established on a preponderance of probabilities. The rules of evidence which apply to a criminal trial are distinct from those which govern a disciplinary enquiry. The acquittal of the accused in a criminal case does not debar the employer from proceeding in the exercise of disciplinary jurisdiction.

In the exercise of judicial review, the Court does not act as an appellate forum over the findings of the disciplinary authority. The court does not re-appreciate the evidence on the basis of which the finding of misconduct has been arrived at in the course of a disciplinary enquiry. The Court in the exercise of judicial review must restrict its review to determine whether:

The Court observed that none of the above tests for attracting the interference of the High Court were attracted in the present case. The Karnataka Administrative Tribunal having exercised the power of judicial review found no reason to interfere with the award of punishment of compulsory retirement. The Division Bench of the High Court exceeded its jurisdiction under Article 226 and trenched upon a domain which falls within the disciplinary jurisdiction of the employer. The enquiry was conducted in accordance with the principles of natural justice. The findings of the inquiry officer and the disciplinary authority were held to be sustainable with reference to the evidence which was adduced during the enquiry. Hence, the acquittal of the respondent in the course of the criminal trial did not impinge upon the authority of the disciplinary authority or the finding of misconduct in the disciplinary proceeding. 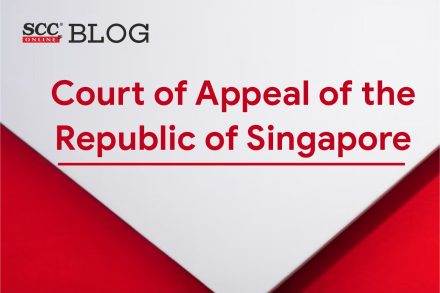