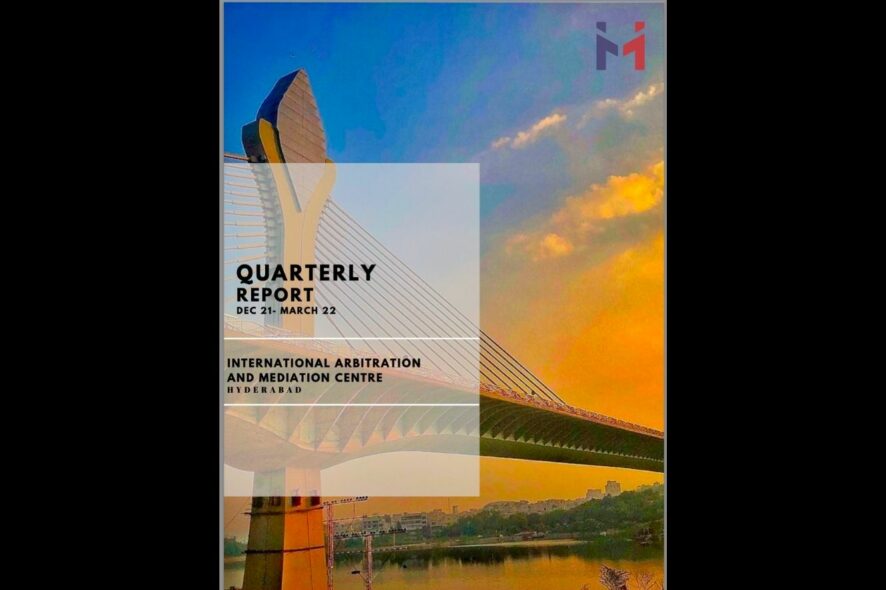 Tweet
IAMC has released its first quarterly report claiming to administer disputes for an aggregate value of USD 400 million .

In this short timeframe, we have been fortunate to administer a variety of disputes for an aggregate value of USD 400 million covering a wide spectrum of disputes from the energy sector, real estate to family disputes.

It is my pleasure to report that 22 matters (including a batch of matters) have been referred to IAMC, Hyderabad by various Courts and Tribunals across the country including two matters from the Hon’ble Supreme Court of India.

Key highlights shared in the Report:

Appointment of Sanjay Kumar Mishra, to be a Judge of the Orissa High Court