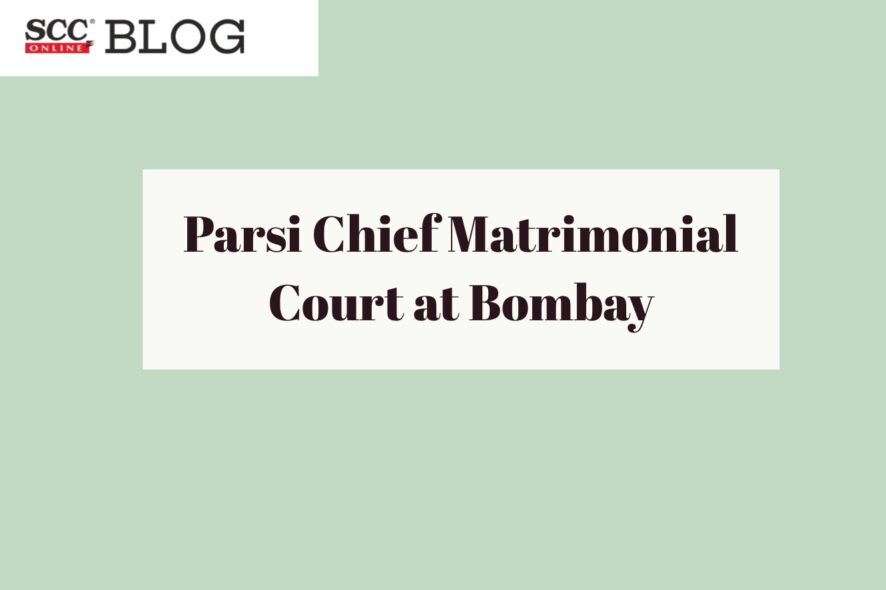 Parsi Chief Matrimonial Court, Bombay: G.S. Kulkarni, J., expressed that, there is no provision under legislations, that if a marriage between the same couple is annulled under a competent law as enacted by the Parliament, it can as well be of a legal effect in the corresponding enactment.

The present suit for divorce by mutual consent was filed under Section 32B of the Parsi Marriage and Divorce Act, 1936, wherein the parties sought that their marriage be dissolved, and decree of divorce be pronounced under the said provisions.

The husband was a divorcee who got married to plaintiff 2, then a spinster. Initially, their marriage was registered under the Special Marriage Act, 1954 and later it was registered by the Registrar of Parsi Marriages, High Court, Bombay.

Parties stated that there were certain temperamental issues amongst them and Since 18th March 2018 they have not cohabited along with this, they added that there was an irretrievable breakdown of their marriage and there would be no purpose in continuing the marriage.

Further, the parties added that, as per the Parsi matrimonial law, the plaintiffs being married as per the “aashirwaad” ceremony, it was imperative that the marriage be dissolved under the 1936 Act.

Now the plaintiffs have sought for annulment of their marriage as registered under the 1936 Act.

High Court opined that the marriage of the parties registered under the 1936 Act deserved to be annulled by consent, by granting a divorce decree by mutual consent under Section 32B of the 1936 Act.

Bench while addressing this case, significantly noted that, as a decree of divorce by mutual consent had already been granted by a competent Court under the Special Marriage Act was there a need for a second decree of divorce to be obtained?

To answer the above, High Court expressed that the scheme of the legislations in question is such that the parties are under an obligation to adopt such course of action to have dual proceedings.

Elaborating further, Bench added that from a perusal of Section 42 of the Special Marriage Act, it clearly appeared that although there was a marriage of the plaintiffs solemnized under the Special Marriage Act there was a decree of divorce by mutual consent as obtained by them, however considering the said Section, such a decree would not have any effect of validity of marriage which was solemnized under the 1936 Act.