Supreme Court: In a case where it was argued that merely because husband and wife are staying separately since a long time, an inference regarding desertion cannot be drawn, the bench of Ajay Rastogi and Abhay S. Oka*, JJ has held that whether a case of desertion is established or not will depend on the peculiar facts of each case. It is a matter of drawing an inference based on the facts brought on record by way of evidence.

“The reasons for a dispute between husband and wife are always very complex. Every matrimonial dispute is different from another. Whether a case of desertion is established or not will depend on the peculiar facts of each case. It is a matter of drawing an inference based on the facts brought on record by way of evidence.”

In the case at hand, the marriage between the parties was solemnized on 17th June 2009 and that they stayed together only till 30th June 2009. The petition for divorce was filed on 9th September 2011. As per clause (ib) of sub-section (1) of Section 13 of HM Act, the desertion must be for a continuous period of not less than two years immediately preceding the institution of the petition. According to the wife, who is working as a Lecturer in University Law College at Gauhati, after she became aware of the serious illness of the appellant’s mother, she came to Tezpur on 19th December 2009. She stayed with her sister-in-law and left the next day. After she was informed about the death of the appellant’s mother, she came back to Tezpur and visited the appellant’s house on 21st December 2009, and left on the next day.

The Court, however, took note of the wife’s evidence which did not disclose any effort made by her to resume the matrimonial relationship. She has also not filed a petition for restitution of conjugal rights. Merely because on account of the death of the appellant’s mother, the wife visited her matrimonial home in December 2009 and stayed there only for one day, it cannot be said that there was a resumption of cohabitation. She has not stated that she came to her matrimonial home on 21st December 2009 with the intention to resume cohabitation.

The Court, hence, held that the intention on the part of the respondent to resume cohabitation is not established. Thus, in the facts of the case, the factum of separation has been proved. 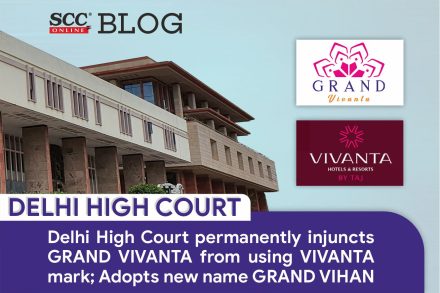 Madras High Court directs DRO to receive gold armour from the Bank for Thevar Jayanthi celebrations; restricts AIADMK from interfering in the process