Madhya Pradesh High Court: Nandita Dubey, J. heard a petition which was filed seeking issuance of the writ of mandamus to the respondents to take appropriate effective steps against the Reliance Telecom Services not to permit them for installation of the mobile tower in the premises of Jai Hind School, V.V. Giri Ward, Pipariya.

It was a matter of concern that the tower being installed in the school premises would animate injurious radiations which would be harmful to the inhabitants.

Counsel for the respondents submitted that the Government had issued a gazette Notification Rule 21 of which read as follows:

The Court did not consider it necessary to go into the grievance of the petitioner keeping in view the aforesaid objection raised by the counsel for the respondents and finding a statutory provision in the form of Rules framed namely Rule 17 and 21 of Rules of 2012 which contemplates a provision for redressal of grievance in the matter of radiation by mobile towers.

The Court asked the petitioner to file an appropriate complaint in the matter before the competent authority under the statutory rules and competent authority was directed to look into the grievance of the petitioner and to ensure that tower in question was installed strictly in accordance with the statutory rules and guidelines issued from time to time in this regard.[Sanjay Kumar Raghuvanshi v. State of M.P, 2022 SCC OnLine MP 250, decided on 03-01-2022] 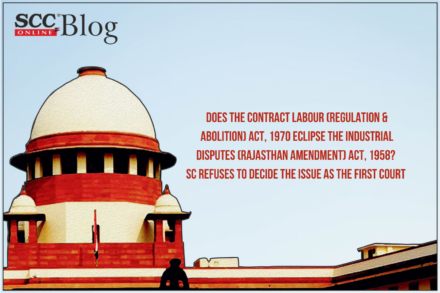