Supreme Court: The 3-judge bench of NV Ramana, CJ and AS Bopanna and Hima Kohli, JJ has granted liberty to Future Retail Limited (FRL) to approach the Delhi High Court by filing an application seeking continuation of the NCLT proceedings beyond the 8th Stage i.e. Meeting of Shareholders and creditors.

Within a few months of Amazon’s investment, Future Group entered into transactions with Reliance Group which envisaged amalgamation of FRL with Reliance Group. Amazon initiated an arbitration proceeding before the Amazon filed an application for emergency relief with the registrar of the SIAC court of arbitration seeking interim prohibitory injunction to prevent FRL and FCPL from taking further steps in the transaction with the Reliance group. Parallelly, FRL filed a suit before the Delhi High Court, against amazon for tortious interference in the scheme for the sale of assets.

Emergency Arbitrator, by order dated 25.10.2020, injuncted FRL from taking any steps to materialize the deal, including injunction against proceedings before various Regulatory authorities. However, notwithstanding with such directions, Future Group went ahead with the disputed transaction.

By order dated 21.12.2020, Delhi High Court came to a conclusion that Regulatory authorities had to pass appropriate orders considering the representation of both FRL and Amazon, before granting approvals.

The present order of the bench came after Senior Advocate Harish Salve, appearing for FRL, argued that it would take 6-8 months to complete the entire process and for actual sanctioning of the Scheme by the NCLT. Hence, if an order is passed, by the Arbitral Tribunal, in favour of FRL, then it will be difficult to initiate fresh proceedings before NCLT at that stage. Further, FRL is incurring expenditure everyday and there is an imminent threat of insolvency. Any delay in the proceedings before the NCLT will have serious ramifications and virtually render the agreement between FRL-Reliance group redundant. Furthermore, the livelihood of 2,000 employees of FRL are also at stake. He also contended that the continuation of the NCLT proceedings will not adversely affect Amazon in any manner. 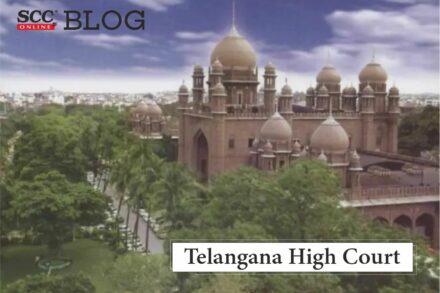 Bom HC| “Not a case of sealing the borders”; HC tells State to ensure person entering in Goa carry a Covid-19 “negative” certificate