Supreme Court: In a Trademark infringement case, the bench of L. Nageswara Rao, BR Gavai* and BV Nagarathna, JJ has ordered in favour of Renaissance Hotel Holdings and has held that the words “RENAISSANCE” and “SAI RENAISSANCE” are phonetically as well as visually similar.

The Court was deciding the case initiated by the Renaissance Hotel Holdings Inc., a company incorporated under the laws of the State of Delaware, United States of America, which is the holder and proprietor of the trade mark and service mark “RENAISSANCE” in relation to hotel, restaurant, catering, bar, cocktail lounge, fitness club, spa services, etc. The Company discovered that the respondents were operating one hotel in Bangalore and another one in Puttaparthi under the name “SAI RENAISSANCE”, which wholly incorporates the well-known trade mark and service mark “RENAISSANCE”.

It was argued that the respondents were copying the trade mark “RENAISSANCE”, its stylized representation, signage and business cards and leaflets in such a manner so as to suggest an affiliation, association, nexus or connection with the business of the appellant.

The trial court restrained the respondents

The trial court, however, rejected the claim of the appellant for damages.

The Karnataka High Court, however, held that no evidence was produced by the appellant to show that the respondents were taking unfair advantage of its trade mark or that the use of the word   “SAI RENAISSANCE” was detrimental to the distinctive character or reputation of the appellant’s trade mark.

The Court noticed that the High Court erred in taking into consideration clause (c) of sub-section (4) of Section 29 of the said Act in isolation without noticing other parts of the said sub-section (4) of Section 29 of the said Act and the import thereof. The High Court has failed to take into consideration that in order to avail the benefit of Section 30 of the said Act, apart from establishing that the use of the impugned trademark was not such as to take unfair advantage of or is detrimental to the distinctive character or repute of the trade mark, it is also necessary to establish that such a use is in accordance with the honest practices in industrial or commercial matters.

Explaining the rule of interpretation, the Court said,

“It is thus trite law that while interpreting the provisions of a statute, it is necessary that the textual interpretation should be matched with the contextual one.  The Act must be looked at as a whole and it must be discovered what each section, each clause, each phrase and each word is meant and designed to say as to fit into the scheme of the entire Act. No part of a statute and no word of a statute can be construed in isolation.  Statutes have to be construed so that every word has a place and everything is in its place.”

“Unless it is established that such a use is in accordance with the honest practices in industrial or commercial matters, and is not to take unfair advantage or is not detrimental to the distinctive character or repute of the trade mark, one could not get benefit under Section 30(1) of the said Act.”

Hence, it was held that the High Court was not justified in interfering with the well-reasoned order of the trial court. 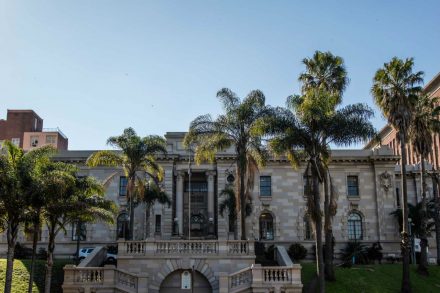 Mere allegation of bias is not fatal to disciplinary inquiry unless supported by materials: Supreme Court