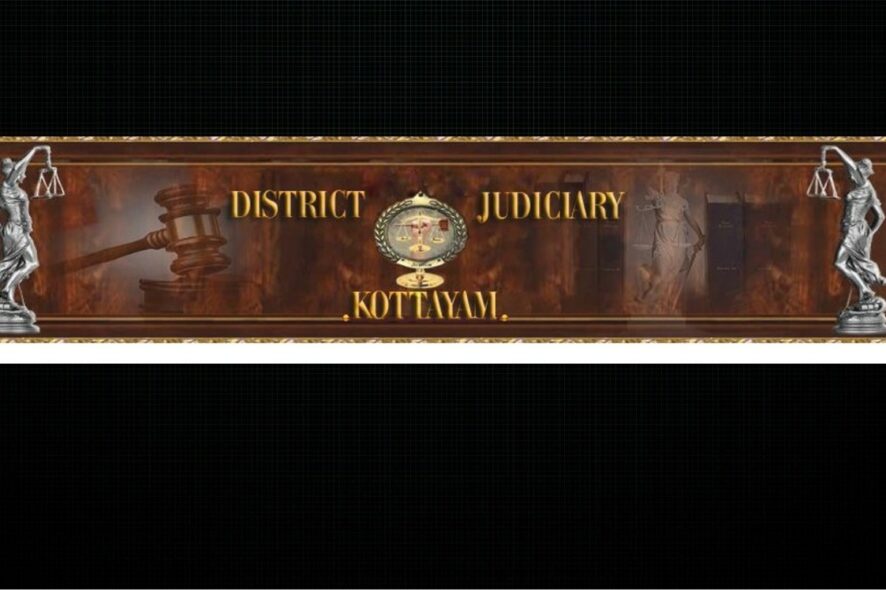 Court of Session (Kottayam): While hearing a case which had lead nation to one of the most controversial outbreak and had lifted the veil to showcase the alleged atrocities and harassment behind the four walls of the Church, Gopakumar G., Addl. Sessions Judge held that what seem to be a disturbing case of sexual violence by a Bishop, intoxicated with power, authority and position was nothing but a faction feud in the Church and the victim was a mere scapegoat in the hands of priests.

The accused, the Bishop of Jalandhar Diocese was charged under Sec.342, 376(2)(k), 376(2)(n), 376C(a), 377 and 506(II) IPC on the allegation of the victim, a nun that he had raped her. The victim was the Mother Superior of St. Francis Mission Home, Kuravilangadu, a convent belonging to Missionaries of Jesus, a congregation of Latin Catholics. The prosecution case was that during 2014, after participating in an ordination function the accused reached St. Francis Convent.

Later that night, the accused asked the victim to bring the papers relating to the renovation works of the kitchen and when she knocked at his doorsteps at around 10:45 pm, the accused suddenly locked the door and caught hold of her. He pulled her to a cot and forcefully removed her dresses. He then forcefully inserted his fingers into her vagina, and grabbed and kissed her breasts. He also made an attempt to insert his sexual organ into the mouth of the victim, and rubbed his penis on her face. He forced her to hold his penis and did onanism, using her and thus committed carnal intercourse against the order of nature. After the incident, using his power, authority and position, he threatened her that if she attempts to disclose the incident to any one, she would be eliminated.

“The biggest asset of a nun is her vow of chastity. Even after losing her maidenhead, the hierarchical norms of the congregation forced her to travel with her predator and share seat with him in many function, that too on the very next day after the sexual violence, which made her situation much worse than an ordinary woman.”

The accused, whether in position of control or dominance over the victim?

Hence, the Court concluded that there were ample documentary and oral evidence to conclude that the accused was exercising real authority over the congregation and the nuns; and was definitely a person in authority.

Hence, the Bench opined that there was no consistency in the disclosure made by the victim to her companion sisters and also to the various authorities of  the Latin church and to the Syro Malabar Church as regards the real nature of the abuse and harassment meted out by the accused. The prosecution could only prove that PW7 and PW9 had been told about the rape, that too in May 2017, almost 8 months after the last incident.

Allegation of Victim being in illicit Relationship

There was a complaint against the victim by her cousin Jaya that she (victim) had illicit relationship with her husband and that she spoiled their family life. According to the victim, Jaya’s husband had repeatedly send her inappropriate messages in spite of her warning not to send such type of messages. When the act was repeated she forwarded the messages to her cousin and asked her to warn her husband not to send these types of messages. When the victim was informed about the said complaint by Sr. Regina she explained her that the allegations levelled in the letter are untrue.

Though the cousin of victim had admitted before the Court that the complaint filed by her was false and motivated by revenge the same was not withdrawn by her. Further neither the complainant nor the victim had testified about the contents of the controversial messages. The Bench remarked,

“It is difficult to believe that a silly issue involving an innocuous forward, would trigger the emotions of two closely related families.” Further, the Bench added,

“Her version is that she took leave from the school and travelled for about 7 hours to meet Sr. Regina. If the issue was so trivial there was no need for PW16 to take so much of pain to inform the matter urgently.”

“One may think that the non disclosure about the penile penetration was an innocent omission from the part of the victim. But the evidence of medical report and copy of the report kept in the medical examination register proves that the victim has failed to reveal about penile penetration to the doctor as well.”

During medical examination the victim had narrated to the doctor that she was subjected to “assault including touching of private parts , inserting his fingers in victim’s vagina, forces her to touch his private parts and ejaculate in front of back.” Though it was revealed to the doctor that there were 13 episodes of sexual assault, there was no mention of penile penetration. On examination, the victim’s hymen was found torn.

The Court held that the provisions of Evidence Act were blatantly flouted by the prosecution.  Ext.P9 was a copy of the letter handed over to PW17, Bishop Sebastian Vadakkel of Ujjain diocese, who had denied the claim of the prosecution and testified that no such letter was handed over to him. Though, the prosecution had suggested that his testimony was untrue, he was not declared hostile.  As the mandatory requirement for adducing secondary evidence was not complied with, Ext.P9 was not admitted in evidence.

Similarly, Ext.P11 was a photocopy of the letter written by the victim and handed over to Apostolic Nuncio. However, the same could not be permitted as secondary evidence as the Apostolic Nuncio was not a person outside the reach of the Court. Similarly, with regard to Ext.P18, which was an e-mail sent to Apostolic Nuncio, the prosecution had failed to produce the mandatory certificate under S.65B of the Evidence Act.

Curious case of the missing mobile phone and damaged laptop

The victim was complaining right from the beginning that the accused used to send obscene messages to her phone; however, neither the content of the messages nor the phone and SIM Card of the victim was produced before the Court. The explanation provided for the same that she had abandoned her phone and SIM Card and the same was sold to the scrap dealer was a hard pill to swallow. Expressing disbelief, the Court commented,

Worst was the case of the laptop. Though, the victim revealed that the alleged messages were retrieved and put in the laptop, the prosecution had only produced MO1 Hard disc and had claimed that the hard disc of the laptop got damaged and hence the materials stored in the laptop could not be retrieved. Thus by a strange coincidence of events, the digital evidence has not come before court, which would have corroborated the version of the victim.

Flaws in the Investigation

The Court had pointed out numerous defects and laches in the investigation:

Faction Feud in the Church

Defence contended that a group of priests were against the accused and that it was at their instance and influence that the victim and her companion sisters levelled false allegations against the accused as the accused was ordained as a Bishop at the age of 44 years and since the retiring age for Bishop is 75 years, he may become a Cardinal or may even reach a higher position. Defence had a case that the FIR letter was prepared by the rival priests, and that the victim was made a scapegoat.

Another crucial input in this regard was the interview given by PW4 (companion sister of the victim) to Abhilash Mohan, the Assistant Executive Editor Media, One Television. DW4 in her interview had admitted that they were ready to settle the matter had their demands been accepted. Further, her interview also established that the protest ended after the arrest of the accused. The Court remarked, “There is nothing wrong in organising and participating in protests…but a protest aimed solely for the arrest of a person cannot be regarded as a protest in good taste.”

Moreover, the victim had admitted that they did make two demands to the commission: Firstly, the victim and her companion sisters should be permitted to stay in the convent until June 2018, when the tenure of Sr. Regina expires. Secondly, Kuravilangadu Mission Home should be made, under the jurisdiction of Bhagalpur diocese and that those sisters who want to work in Bhagalpur diocese should be permitted to continue there.

Falsus in uno falsus in omnibus, meaning “false in one thing, false in everything”. The moot question before the Court was whether in the light of inconsistent versions of the victim at different point of time to different persons, pose questions on her credibility or whether the solitary evidence of the victim could be taken reliance.

The Court opined that from the inconsistent statements of the victim and prosecution witnesses, accompanied with non submission of electronic evidences, it could be gathered that the sexual allegations against the accused started coming, after the initiation of disciplinary proceedings against PW1, on the basis of the complaint preferred by her cousin.

In the said circumstances, the Court concluded that the claim of the victim that she was raped on 13 occasions under duress could not be taken reliance on the basis of her solitary testimony. In view of the inconsistent version of the victim, the Court held that she could not be categorised as a sterling witness.

Holding that it is quite natural for a person at the helm of the affairs to order enquiry into a complaint, when serious allegations of inchastity are raised against a nun, that too by her own cousin, the Court opined,

“From the mere fact that the accused was instrumental in ordering an enquiry against the victim one cannot reach to a conclusion that the enquiry ordered by the accused was part of his retaliatory measure for not yielding to his sexual demands.”

Following the case of Jayaseelan v. State of Tamil Nadu, (2009) 12 SCC 275, the Court applied the maxim “falsus in uno falsus in omnibus” and held that in the instant case the grain and chaff were so inextricably mixed up, it was impossible to separate the grain from the chaff. The Court added, when it is not feasible to separate truth from falsehood, when grain and chaff are inextricably mixed up, the only available course is to discard the evidence in toto.

“There are exaggerations and embellishments in the version of the victim. She has also made every attempt to hide certain facts. It is also evident that the victim was swayed under the influence of others who had other vested interest in the matter.”

Holding that the in-fight and rivalry and group fights of the nuns, and the desire for power, position and control over the congregation was evident from the demand placed by the victim and her supporting nuns who were ready to settle the matter if their demands for a separate region under the diocese of Bihar got accepted by the church.

Do not nominate officers as CPIOs or FAAs who are on verge of retirement: CIC advises South Eastern Railway

CCI | MSMEs indulging in cartelization in the Composite Brake Blocks (CBB) market in India, cautioned to refrain from indulging in such malpractices in future